City crews this morning are responding to a water main break in Baltimore County that caused a sinkhole that trapped a car.

The online announcement, from Baltimore Department of Public Works, included a photo of a car whose left front was lodged in a hole in the street, amid a small lake of brown water.

The trapped car was a Chevy Malibu, according to a report from ABC2News.

On Friday, city crews responded to another Baltimore County rupture that generated an arresting image – a 12-inch water main break that sent a geyser of water high into the air at the intersection of Security Boulevard and Woodlawn Drive.

According to WBAL-TV, it took crews until about 10:30 p.m. to repair the noontime rupture. 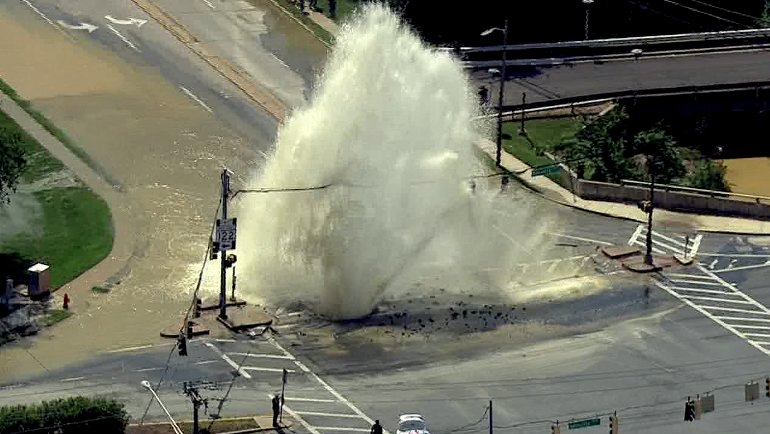