The removal of 13 large trees along Druid Park Lake Drive, which has set off alarm bells among some park users, is needed to ensure the stability of Druid Lake Dam, according to the Department of Public Works.

“All of these trees are destined for destruction. Is this acceptable,” asked a bicyclist who witnessed DPW crews and a contractor take down some of the trees yesterday.

“Yes,” says DPW spokesman Jeffrey Raymond, who said the city is in the process of stabilizing the slope of the earthen dam.

“The trees are volunteers whose roots allow for water infiltration and can destabilize the slopes,” Raymond said. “We removed trees from the eastern slope of Druid Lake Dam in 2013 and are following up with trees on the southern side.”

Earlier this year, the Maryland Department of the Environment (MDE) issued an advisory to dam owners, including Baltimore, that trees and other woody vegetation “shall not be permitted to grow on or near dams or their appurtenances.”

Areas within a 25-foot radius of a dam structure are supposed to be clear of trees and replaced with low-growing grassy vegetation to protect the dam from surface erosion, according to the February 25 policy memorandum by MDE’s Dam Safety Division.

Obscured by a Highway

Few people realize, Raymond points out, that Druid Lake is actually an earthen dam, 119 feet high and 750 feet long, built above a deep ravine that originally sloped into the Jones Falls. (Most of the original topography was obliterated by the construction of the Jones Falls Expressway.)

When completed in 1871, Druid Lake Dam was the biggest such structure in the country and, to this day, it serves as the main reservoir for the storage of drinking water for residents of Baltimore and surrounding counties. 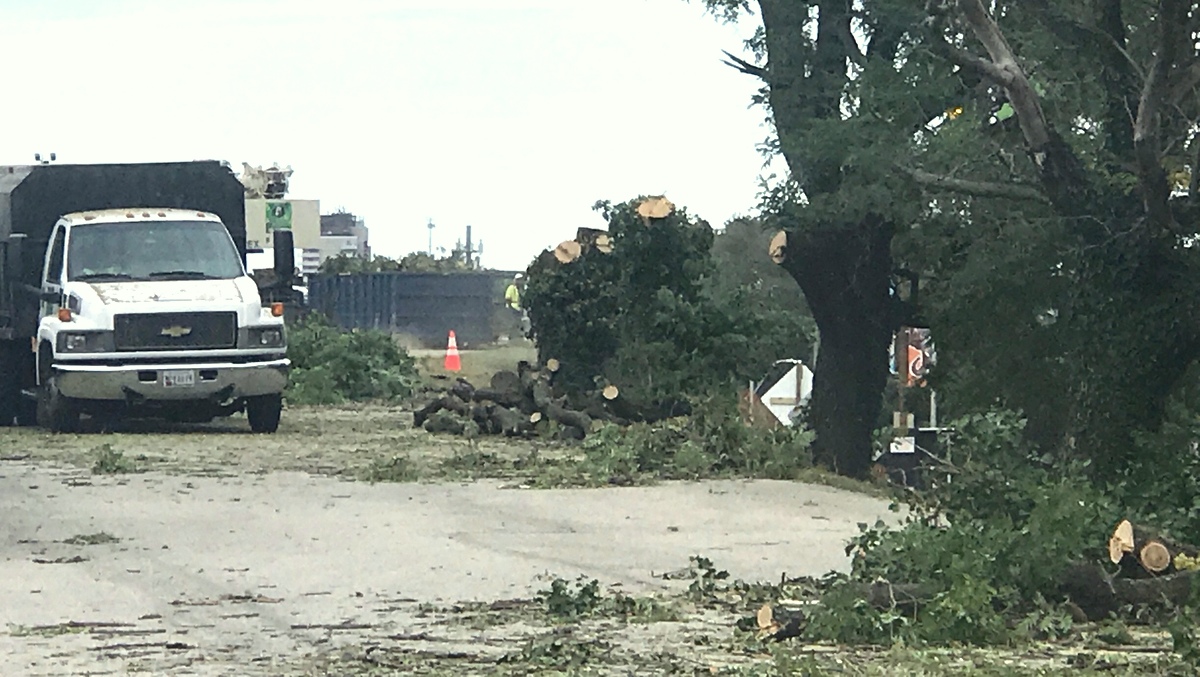 Dust stirred up by the tree take-downs yesterday. (Mark Reutter)

The lake itself, however, is undergoing a complete transformation from a drinking water reservoir to a freshwater lake used for recreation.

The west end has been drained of water and is now the site of two sprawling tanks under construction as the new storage facilities for the region’s drinking water.

The eastern end (where the 13 trees are being removed) will be turned into a much smaller lake. The city envisions “New Druid Lake” to be a recreation area for park users.

Druid Lake is undergoing a complete transformation – from a drinking water reservoir to a freshwater lake used for recreation.

All of these changes are still in the future.

The $134 million tank project will not be completed – and the area resurfaced into an amphitheater and playing fields – until the end of 2022, according to DPW’s latest timetable. 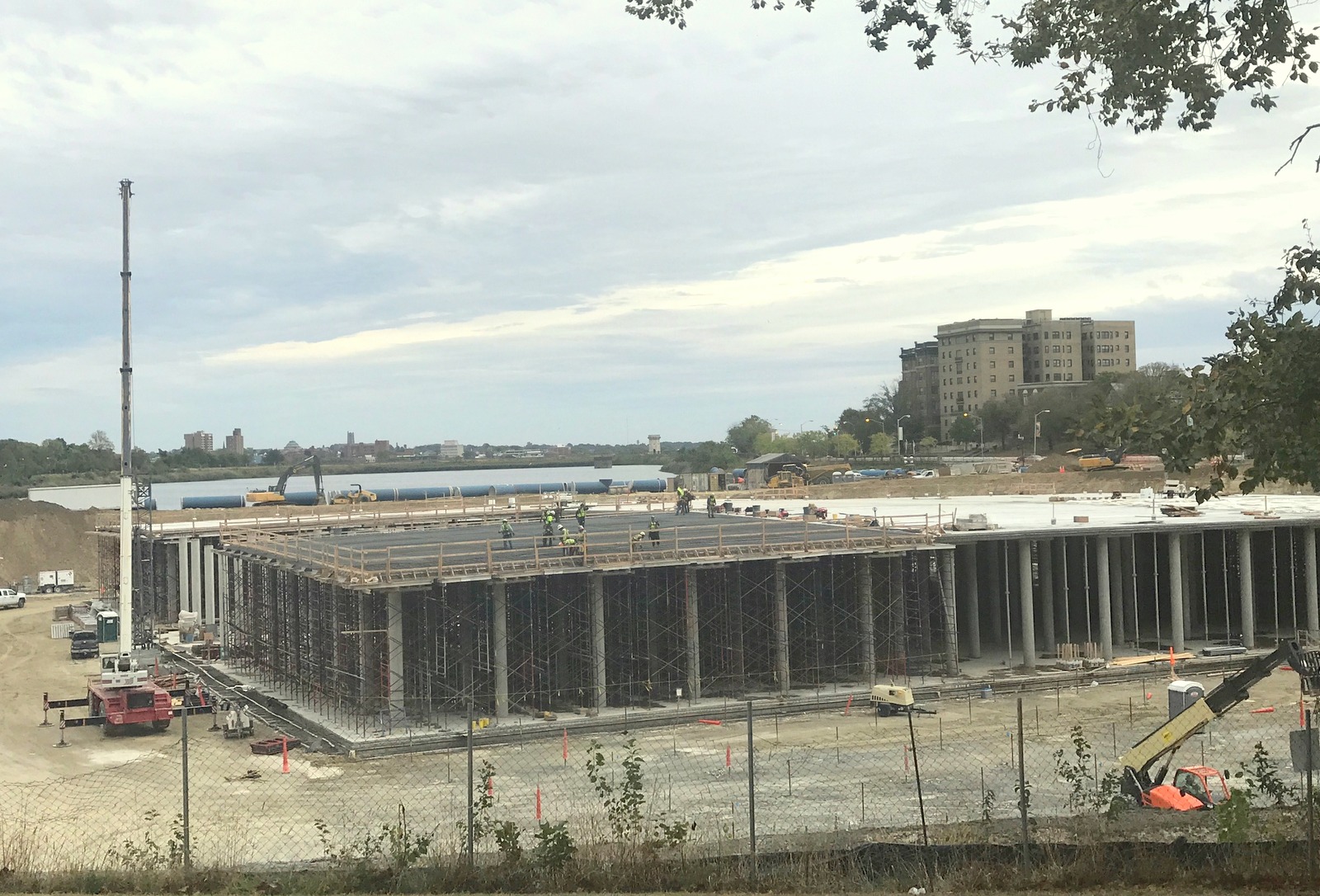 One of the two water storage tanks being constructed in the park. Druid Lake is shown in blue and the tree removal site is near the high-rise building. (Mark Reutter)

Sometime after 2022, the lake will be drained of drinking water and refilled with stormwater runoff from the park.

For the immediate future, however, a private contractor will stabilize and re-seed the bank that slopes between the reservoir road and the westbound lanes of Druid Park Lake Drive, Raymond said.