Arguably the most influential publicly-unknown force in city contracting retires this afternoon.

As chief of the Minority and Women’s Business Opportunity Office (MWBOO), Shirley A. Williams has wielded enormous clout in City Hall by virtue of approving – or rejecting – the percentage goals for minority businesses (MBEs) and women-owned businesses (WBEs) in city contracts.

All bids and contracts are reviewed by her office before the items are placed on the Board of Estimates agenda. In addition, her office certifies minority and women business enterprises as qualified to do city work and conducts training programs for companies desiring to bid on public projects.

In this reporter’s experience, her recommendations have never been overruled by the spending board.

On Williams’ say-so, a low-bid contractor can be disqualified from a contract and a higher-bidder selected. Upon her approval, “participation goals” for city contracts (technically set at 27% minority and 10% women) can be reduced in a contract – or cast aside altogether. 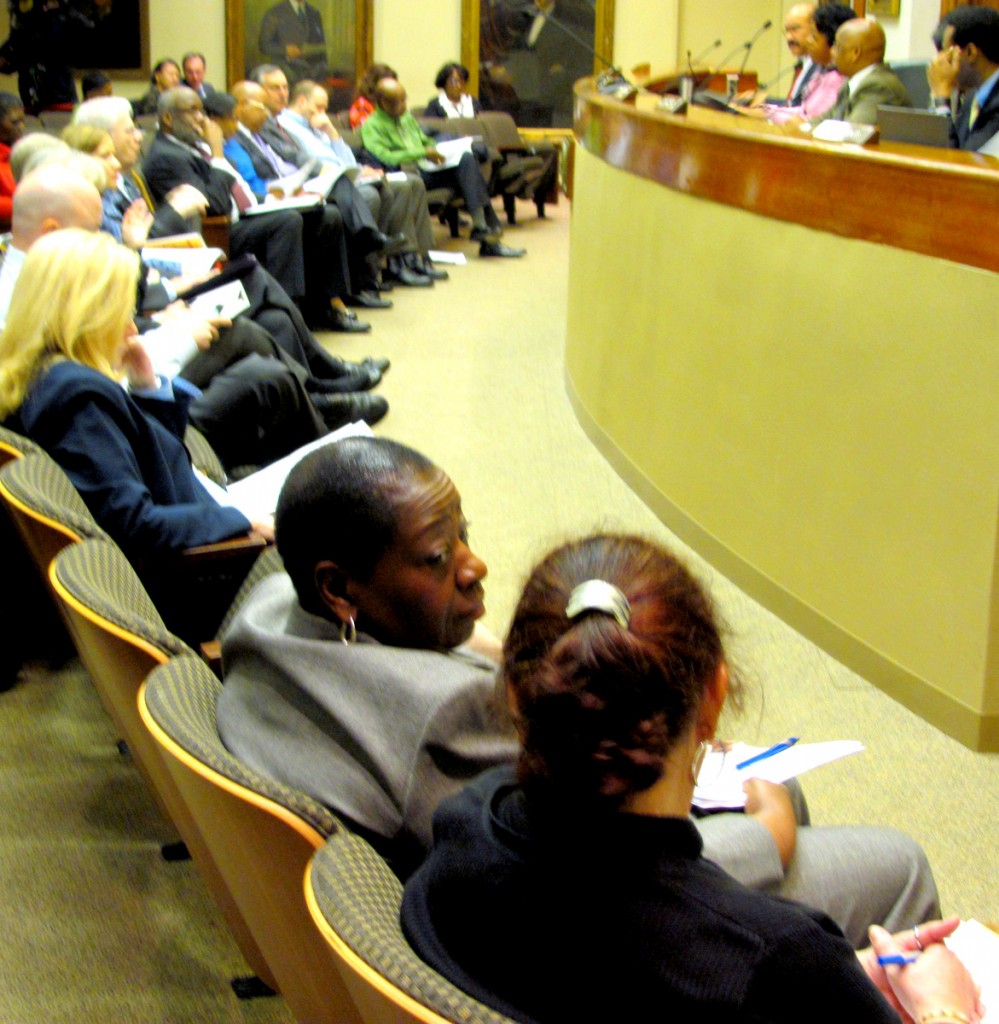 Williams, facing camera, at her front-room seat at the Board of Estimates. (Mark Reutter)

Thus, the words “MWBOO granted a waiver” on the Board of Estimates agenda brings a sigh of relief to contractors, just as surely as “MWBOO found vendor in non-compliance” draws a shudder.

On Wednesday, Williams – known as the “Queen of Compliance” by fellow employees – rose from her first-row seat to receive accolades from the three elected members of the board.

Mayor Stephanie Rawlings-Blake joked that the panel was “still in denial” over her decision to retire “after 28 years of faithful and exemplary service to the city of Baltimore.” (Actually Williams served 31 years, appointed as the city’s first compliance officer by then-Mayor William Donald Schaefer in 1981.)

City Comptroller Joan Pratt lauded her for her stint in the mid-1990s as acting deputy comptroller, and City Council President Bernard C. “Jack” Young read a resolution passed by the City Council praising her “for making government more effective and efficient.”

Williams took the encomiums in stride, saying, “It has been a privilege and honor to serve the citizens of Baltimore,” after which she was given a standing ovation.

The Brew’s coverage of MWBOO – and its disputes (here and here) with contractors over its rulings – has not met with Williams’ approval. She declined to discuss her career or future plans on Wednesday, saying, “you’ve written quite enough.”

Thomas B. Corey, a former MWBOO official, has been appointed chief of the office. It is widely expected that Williams will continue in some capacity during a transition period before she returns to her native Georgia.

Mayor Rawlings-Blake hinted at that arrangement on Wednesday by telling Williams that she’d be welcome at a Board of Estimates meeting anytime.