(UPDATED) Mayor Stephanie Rawlings-Blake is relying on the deep pockets of her top campaign contributor to salvage the 2012 Baltimore Grand Prix.

Today, the mayor’s office announced that Race On LLC will take over the management of the troubled race. The city will terminate its February agreement with Downforce Racing, which was picked to run the race in the wake of the financial collapse of Baltimore Racing Development, the first promoter.

State records show that Race On LLC was incorporated on April 27, with its principal office at Grant Capital Management, a Columbia-based provider of lease financing to Baltimore City and other municipal governments.

Founded and owned by James P. Grant, a Harvard-educated financier born in West Baltimore, the firm was pinpointed by The Brew as the most prodigious single giver to the Rawlings-Blake’s mayoral campaign last year.

While state law prohibits an individual or corporation from giving more than $4,000 to a candidate, Grant was one of a number of Rawlings-Blake supporters who spread out their donations through family members and corporate partnerships.

In Grant’s case, he coordinated $38,500 in donations through his wife Judy, his sister Linda Grant, his brother-in-law James Wells, his own financing company and his sister’s leasing company.

Grant has not been stingy in his largess to other political players. He and his business entities have donated $152,000 to Maryland’s Democratic State Central Committee between 2007 and 2011. 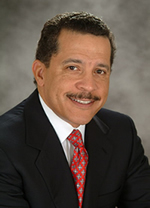 In return for his beneficence, this short, dapper man who started out as an IBM equipment salesman – and is known as “JP” – has become a powerful presence at City Hall.

Beginning in 2004, the Grant firm has provided $141 million to the city of Baltimore through lease financing, according to documents reviewed by The Brew.

The agreements, which save the city from raising money in the bond market for capital improvements, have been used to fund new fire equipment, energy performance contracts, public works and housing projects.

The projects generate long-term revenues or, subsidized by federal tax credits, can pay for themselves.

The material quotes Stephen M. Krauss, chief of Baltimore’s Bureau of Treasury, as saying, “I measure the value of any vendor by the intelligence and information they bring me. The folks at Grant Capital know what’s going on before I do. They can start adding value long before the deal is done.”

The firm’s most notable arrangement with the city is a $33 million, 10-year equipment lease that allowed the city to acquire a Motorola 900 MHZ/911 communications system for the police department and 311 call center.

Last month’s successful bidder of the city’s $25 million water meter contract, L/B Water Service of Selinsgrove, Pa., listed the Grant company as a team member that can provide “financing for meter procurement should Baltimore so desire.”

The bid explains Grant  is willing to commit “up to $120 million annually for the next four years [$480 million total] to provide the financing for the acquisition and installation of a fully functional automated water meter system.”

The bid goes on to state Grant’s terms for a 7, 10 and 15 year finance deal, concluding, “Grant Capital management is willing to work with the City to meet its specific structure and economic objectives.”

L/B Water won the meter contract after the city found the lowest bidder “non-responsive” to the city’s technical requirements. The water contract – like all city contracts over $5,000 – are approved by the Board of Estimates, which is controlled by the mayor and her two appointees.

When Rawlings-Blake was named mayor in 2010, she appointed Grant to her economic development transition team. He was subsequently appointed to the African-American Festival Advisory Board.

His company came to the rescue of the mayor in 2010 when, faced with public anger over the threatened closure of city pools, Grant Capital donated $90,000 to keep the Druid Hill Park pool open. His company has funded many other youth and charitable programs in Baltimore.

Grant Capital Management was one of three “platinum sponsors” – the highest category of donor – of the mayor’s Inaugural Ball last December.

State law does not require donations to the Inaugural Ball be disclosed. The mayor’s office declined to reveal the donations from Grant or other parties following a Public Information Act request by The Brew.

But a hint at the size of his donation comes from the 2007 Inaugural Ball for Mayor Sheila Dixon. Her office disclosed that Grant Capital Management contributed $25,000 to the gala.

Other Partner in Deal

According to the mayor’s office, Race On LLC is partly owned by Gregory O’Neill, of BMW Construction Specialists.

O’Neill had submitted a bid for the Baltimore Grand Prix in January. It was rejected by Kaliope Parthemos, the mayor’s deputy, who was then promoting Downforce Racing as the only viable organizer of the 2012 Grand Prix.

After winning the city’s approval and hailed as the Grand Prix’s savior, Downforce Racing failed “to meet city-imposed benchmarks contained in the motorsports agreement,” according to the mayor’s office today.

The new promoters said they would contract with Andretti Sports Marketing, of Indianapolis, to run all commercial and operational aspects of the upcoming Grand Prix.

The Andretti group will in turn work with MDC Partners, a sports marketing group in Toronto, “to provide a seamless North American activation footprint,” the mayor’s office reported.

The new agreement will be submitted at next week’s Board of Estimates meeting for approval.

Rawlings-Blake controls the five-member board through her vote and the votes of City Solicitor George Nilson and Public Works Director Alfred Foxx, both appointees.