When The Brew revealed last September that James Preston “J.P.” Grant orchestrated the single biggest outpouring of cash into Stephanie Rawlings-Blake’s campaign coffers in her race for mayor, the news was met by a big, fat yawn by the local media.

With the mayor set to win the Democratic primary by a landslide, the prevailing mood seemed to be: Why sniff around her campaign finances, especially when the donor in question didn’t own a ball club or tons of downtown real estate? Only The Brew sniffed – and not just into the mayor’s election finances, but into those of her main rivals, too.

That nonchalance is starting to change.

Ever since we pointed out last Thursday that Race On LLC, picked by the mayor to run the Grand Prix, was co-owned by campaign contributor Grant, the soft-spoken financier from Columbia has become an object of media interest.

The spotlight has fallen on Grant not just because of his friendship with the mayor, which is longstanding, but his business relationship with the mayor’s brother, Wendell Rawlings, whose consulting company, Khepra Energy Group, has received a lot of work from Grant Capital Management, J.P.’s company.

Yesterday, the mayor said she has observed all state campaign finance laws, when asked by The Sun’s Julie Scharper whether naming Grant as the Grand Prix organizer amounted to a conflict of interest.

Rawlings-Blake also said that out of concern over a possible perception of conflict of interest, her brother has refrained from bidding on city work.

Khepra Energy Group was established in 2004. Wendell Rawlings is listed as president and CEO and his wife, Teminka Rawlings, as chief operating officer. 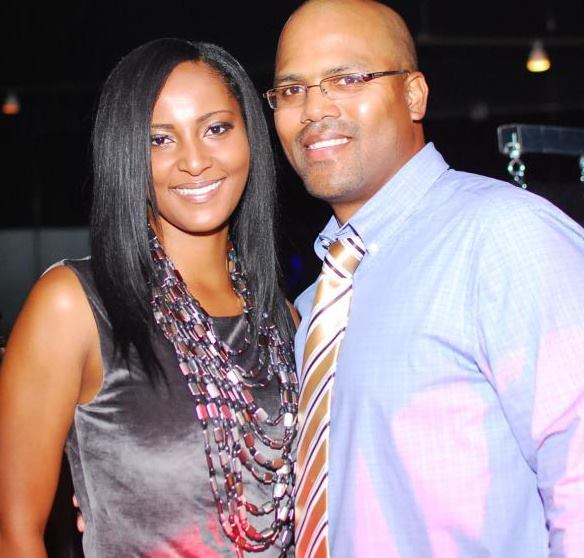 According to Khepra’s website, Rawlings began “working together” with Grant Capital Management 11 years ago.

The first collaboration was “on a financing and energy savings performance contracting project for the Baltimore City Public School System.”

Since that time, “Grant Capital Management has continued to partner with Khepra Group to complete many other successful projects,” the website said.

Grant and Rawlings did not respond today to phone calls and e-mail messages seeking comment on their business relationship.

Khepra Group's relationship with Grant Capital Management. This was downloaded from the Khepra website.

The Brew has pointed out that J.P. Grant has a number of ongoing lease financing contracts with the city of Baltimore.

They include a $50 million Master Equipment Lease/Purchase Agreement signed in 2003 by then-Mayor Martin O’Malley. The arrangement allows the city to finance large equipment purchases through Grant Capital, which charges interest on the leased equipment. The leases run up to 15 years.

The agreement was amended in 2009 to permit leasing above $50 million (it is currently in excess of $60 million, according to Grant’s website). That agreement was approved by the Board of Estimates, which included then City-Council President Rawlings-Blake.

Equipment leasing is reported to save municipalities money by reducing the cost of capital purchases. In addition to Grant Capital, the city has entered into equipment leases with General Electric’s financing arm.

Shortly after Rawlings-Blake became mayor in 2010, Grant Capital entered into a $53 million leasing arrangement with the Baltimore City Housing Authority.

This provides financing for energy-saving measures in public housing units, such as lighting retrofits and low-flow toilets, which will result in income generation over time.

Grant Capital Management was paid a $700,000 “lease advisor fee,” according to city documents. There is also a complex schedule of rental payments (including principal and interest) to Grant for leasing the equipment.

Last month, The Brew disclosed that Grant is also offering itself to the Rawlings-Blake administration as a source for financing a new water meter system.

In collaboration with equipment supplier L/B Water Service, Grant says it can commit up to $120 million a year for four years (or $480 million) in financing “the acquisition and installation of a fully functional automated water meter system.”

In short, Grant’s involvement in city affairs, through the esoteric world of lease financing, is deep and still murky.