The Council voted to restore Harbor Point to the city’s list of Enterprise Zones and to approve a special taxing district for Tide Point, which already has an “EZ” designation reducing its future property taxes.

The twin actions will pave the way for more than $140 million in tax benefits for the developers and the two major corporate tenants at the sites, Exelon and Under Armour. (While technically a preliminary vote, the Council action’s last night is guaranteed to be finalized at its next voting session.)

In both cases, the city has argued that the economic activity stemming from the developments will pay for the loss in property taxes many times over.

Chicago-based Exelon, which purchased Constellation Energy earlier this year, has agreed to be the anchor tenant at the high-rise complex at Harbor Point under development by Michael Beatty and bakery mogul John Paterakis.

Harbor Point is located at the southwest tip of Fells Point. Across the harbor in South Baltimore is Tide Point, headquarters of sports-apparel-maker Under Armour, which will be the main beneficiary of a special taxing district ratified by the Council last night.

The approvals came as no surprise. The Stephanie Rawlings-Blake administration has vigorously pushed for new development to add 10,000 families to Baltimore’s population by 2020 .

The administration engineered the $35 million in tax increment financing, known as TIF, for the expansion of Under Armour at Tide Point.

The project was approved by the Council’s taxation committee even though the share of public funding is more than 20% above the city’s own guideline for financing such project, according to a Department of Finance memo disclosed by The Brew.

Most of the TIF financing will go for a waterfront park and “state-of-the-art” athletic fields adjoining Under Armour’s Tide Point campus rather than for street improvements, a more typical use of TIF financing.

The memo justified the higher ratio of public underwriting by saying the location of a “major corporate headquarters [makes] this project worthy of an exception.”

The restoration of Harbor Point’s “EZ” tax credit has been more controversial. 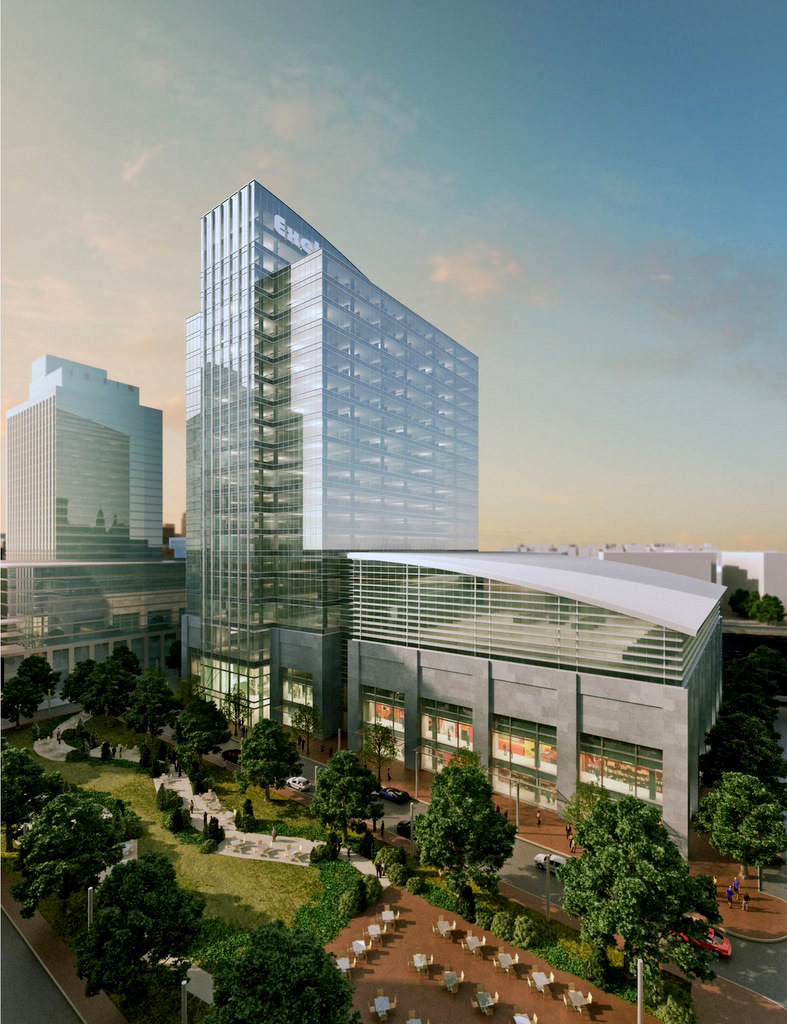 Just four months ago, on May 7, the Council removed Harbor Point from “EZ” eligibility because the 27-acre vacant site did not qualify as an economically distressed area, which requires a renew of its status every 10 years.

The removal came because of demographic and income shifts since 2002 that saw the rise of adjacent Harbor East and Fells Point as highly desirable locations, with new housing, restaurants, office towers and luxury hotels.

What’s more, Councilman James B. Kraft, whose district includes Harbor Point, argued that Exelon did not need tax breaks from the city to pay for its new $120 million office tower.

The removal of the EZ designation was met by a vigorous pushback by the Beatty-Paterakis group.

The group appealed to the Baltimore Development Corp. (BDC) to restore the tax break, saying it could not attract tenants to the $1.5 billion complex without the credits, which would translate into lower rents. Like Tide Point, the project also qualifies for TIF financing, but the exact amount of such financing has not yet been determined.

Last month, Kraft came out in favor of expanding the EZ to include Harbor Point, saying the high cost of constructing on the property, the former site of an Allied Chemical factory, necessitated the tax break.

That still left the sticky problem of how to qualify the parcel as an economically disadvantaged community, which requires high poverty and unemployment levels, population loss and “chronic abandonment or demolition of property.”

Todd Dolbin, the BDC’s Enterprise Zone expert, came up with the solution of adding Perkins Homes, a nearby public housing project, to the census tract used to justify the Harbor Point application.

This pushed the unemployment and poverty figures to the level that the BDC believes will make Harbor Point qualify for Enterprise Zone eiligibility under the criteria of the Maryland Department of Business and Economic Development, which administers the EZ program.

The resolution passed the Council last night with the only “no” votes cast by Councilmen Carl Stokes and Nick Mosby, and abstentions from Robert Curran and Mary Pat Clarke.

After the meeting, Stokes called the EZ designation “a sham.”

“The BDC pulled it themselves before they buckled under the pressure. Nothing will accrue to the benefit of the residents of Perkins Homes. They won’t qualify [for tax credits] because Enterprise Zones are only available to commercial businesses and development. It makes a mockery of a program supposed to help impoverished communities,” Stokes said. 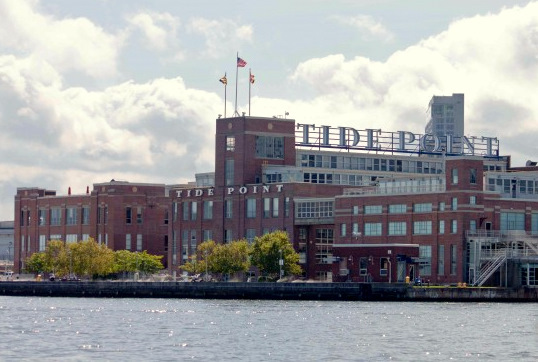 During a public hearing on the proposal last month, a group of Occupy protesters wore baseball uniforms emblazoned with the name “Tax Dodgers” in a mock endorsement of the tax break.

Other speakers were critical of the proposed EZ restoration, with activist John Duda saying that of all development projects before the city, Harbor Point needed the least public subsidy given its enviable location on prime harbor property.

According to the BDC, the EZ zone designation will reduce Harbor Point’s property tax bill by $106 million over the 10-year life of the tax credit. The city would directly lose $53 million in tax revenues, with the state reimbursing the city for the other 50% of the revenues.

The BDC estimates that Harbor Point would generate $143 million in revenues over the same period from personal income taxes, real estate taxes, and parking, energy and hotel taxes. The developer also envisions a gain of 5,000 permanent jobs from its proposed mix of new office buildings, high-end residences and at least one upscale hotel.

The Under Armour expansion in South Baltimore would create 615 new jobs when completed in 2021, according to the BDC.

Last night’s vote was on second reader. A third and final vote ratifying the two plans is assured passage at the Council’s next meeting.