We received this email from Baltimore artist John Ferguson about a missing person, sculptor Kevin Donnelly, and are circulating it in hopes someone might help to locate Kevin and make sure he’s safe.

Kevin, a longtime fixture of Fells Point and a graduate of the Rinehart School of Sculpture at MICA, has been missing since Oct. 20, according to John. Here’s the rest of what John wrote:

“The police were contacted and a missing persons report was posted on 10-24-12 after his landlord hadn’t seen him in several days. Now that the storm has passed I am contacting you again with the hope that you would help find Kevin by writing an article about him.

“The Baltimore Police Department’s missing person’s division only has four members to cover the entire city and, since he wasn’t abducted, I can’t seem to get anyone in the media to help. 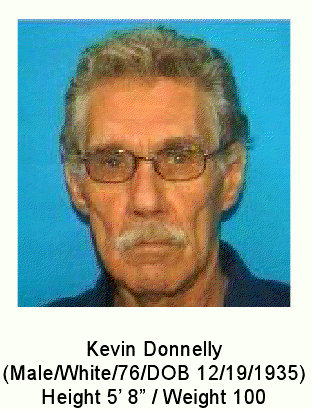 “Kevin does not qualify for the Maryland State Police to issue a Silver Alert because he was not last seen in a car nor can I get any of the television stations involved. How long must he be missing before any media thinks it’s enough of a story to help in the search?”

Kevin, age 77, suffers from dementia, making him very vulnerable. We’ve known Kevin for years and enjoyed his jumbo-sized personality and zest for life.

He was living at 1507 Eastern Avenue at the time of his disappearance.