A newcomer is entering Mayor Stephanie Rawlings-Blake’s inner circle, while a longtime friend is taking leave of City Hall, it was learned today.

Department of Transportation Director Khalil Zaied was named Deputy Chief of Operations in the mayor’s office.

This is a new position, reflecting a division of labor between public safety (police, fire) and operations (public works, transportation) that was straddled by Deputy Mayor Christopher G. Thomaskutty before he resigned last March.

At that time, Rawlings-Blake banished the “deputy mayor” title in favor of “deputy chief” and appointed Yolanda Jiggetts to the position.

Four months later, Jiggetts announced that she was resigning for health reasons, which led the mayor to appoint Robert M. Maloney as Deputy Chief of Emergency Management and Public Safety. 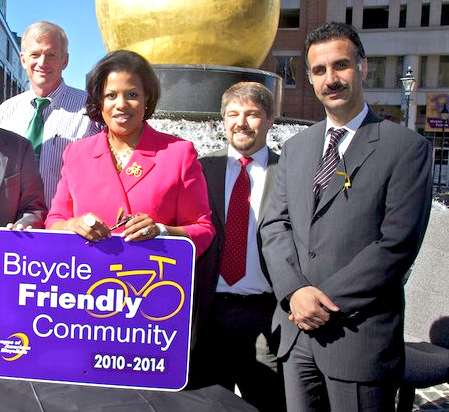 Mayor Rawlings-Blake smiles alongside Khalil Zaied and (below) poses with Kim Washington when she was the City Council President. (Mark Dennis and maryland-politics.blogstop.com) 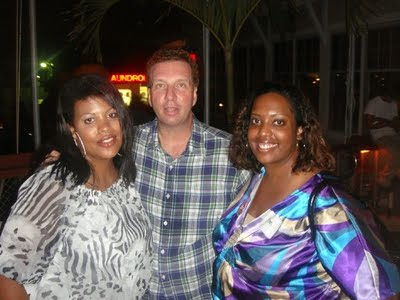 That left the deputy chief of operations position, which was assigned to Zaied.

A highway engineer and 24-year veteran of city government, Zaied leaves his DOT post just five months after he was reappointed to a new term by the mayor.

Prior to July 2010, he was director of the Department of General Services.

Zaied will coordinate a portfolio of so-called “operational” agencies, including DOT, Public Works, Parking Authority of Baltimore City and Department of General Services.

“Mr. Zaied is an outstanding public servant,” the mayor said in a release. “His expertise and knowledge will improve oversight, transparency and service delivery of our operational agencies.”

At the same time Zaied becomes the fourth deputy chief in the mayor’s office, another top deputy, Kimberly C. (Kim) Washington, is leaving.

Washington has been at the mayor’s side since January 2007 when Rawlings-Blake became City Council President. She and the mayor have known each other since they attended kindergarten at the Episcopal Grace and St. Peter’s School.

After Dagenais resigned in 2011 and was replaced by Gov. Martin O’Malley’s younger brother, Peter – Washington was named senior advisor to the mayor.

When Peter O’Malley resigned last spring, Washington was given her current title of Deputy Chief of Government Relations and Community Affairs. She headed a small office responsible for coordinating administration lobbying in Annapolis and before the Baltimore City Council.

Washington will become chief of staff to Baltimore Housing Director Paul T. Graziano next month, it was announced today by the housing department.

In a statement, Washington said: “I’m grateful to Mayor Rawlings-Blake for the opportunity to serve with her for many years, including her transition. In three years, we created a record of reform and change that is preparing Baltimore for years of growth.”