The Board of Estimates yesterday approved a $3 million slug of fresh demolition work to P&J Contracting Co. despite the company’s non-compliance with minority and women hiring standards.

Since 2008, the company owned and operated by Pless B. Jones has received the more than $25 million from the city and city-controlled entities, gaining a predominant place in the teardown of vacant houses and emergency building demolitions.

Among its numerous contracts, P&J handles the demolition work for Mayor Stephanie Rawlings-Blake’s “Vacants to Value” program and for East Baltimore Development Inc. (EBDI), including the recent razing of 247 vacant houses to make way for the Johns Hopkins Partnership School on East Ashland Avenue.

This wasn’t the first time P&J Contracting was found in violation. In 2008, the firm was criticized for missing minority goals on a $4 million contract to tear down the Uplands apartment complex in West Baltimore.

Mayor Rawlings-Blake, then the city council president, voted to go ahead with the contract, saying she wanted the long-delayed Uplands project to proceed.

Under prodding from City Solicitor George Nilson yesterday, Corey defended P&J by saying there were extenuating circumstances, such as the illness of one of the minority contractors, Phipps Construction.

Keith Adams told the board that his company, K&K Adams, should be awarded the $3 million contract renewal because he was in full compliance with the hiring goals. 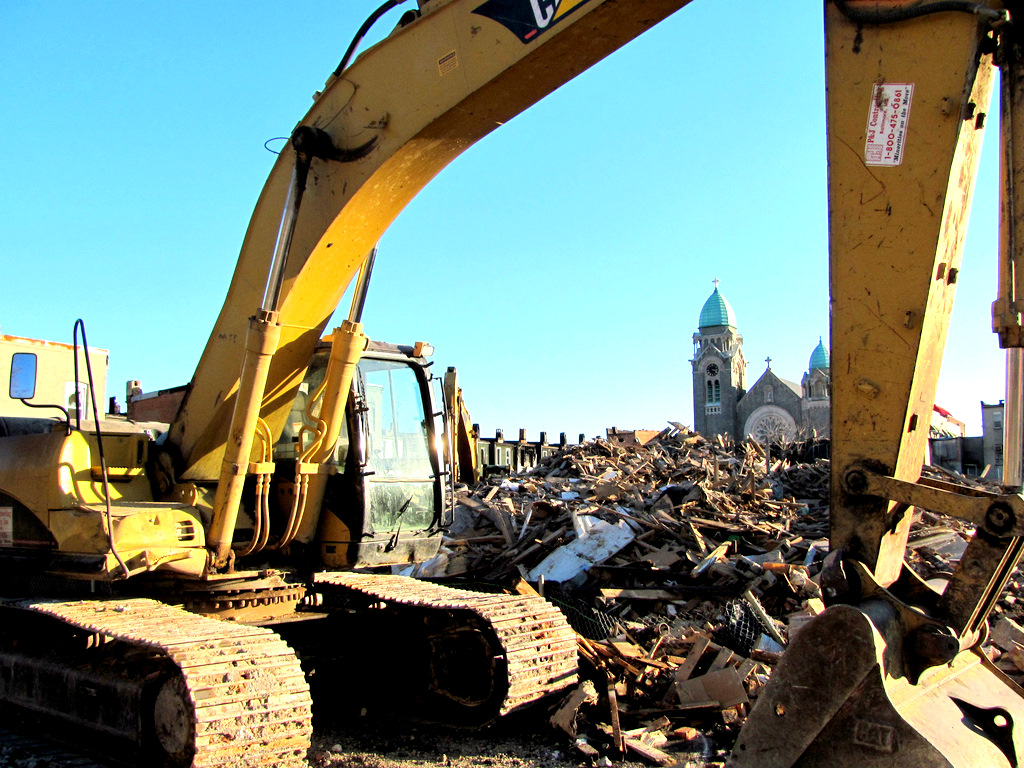 P&J razed more than 200 vacant properties along Ashland Avenue for the site of a Johns Hopkins-sponsored public school. St. Wenceslaus Catholic Church is in the background. (Photo by Mark Reutter)

Timothy M. Krus, city purchasing agent, disagreed, saying P&J was given the renewal because its original bid, made in 2010, was lower than K&K Adams. As a result, P&J will be the “first call” on demolition work requested by the Housing Department, and K&K Adams the “second call.”

Under the fund allocations published in the board’s agenda, P&J will receive all $3 million and K&K Adams no money. However, Krus said Adams would get “some work” out of the contract.

After the meeting, Adams said that he has received about $1 million of the $15 million allocated for demolition work since 2010.

Pless Jones, who did not appear at yesterday’s meeting and did not respond to questions submitted to him by The Brew, is one of the most active political players in the city.

As president of the Maryland Minority Contractors Association, he engineered the hiring of former Mayor Sheila Dixon as the group’s marketing director after Dixon was forced to resign as mayor in 2010 following her corruption conviction. 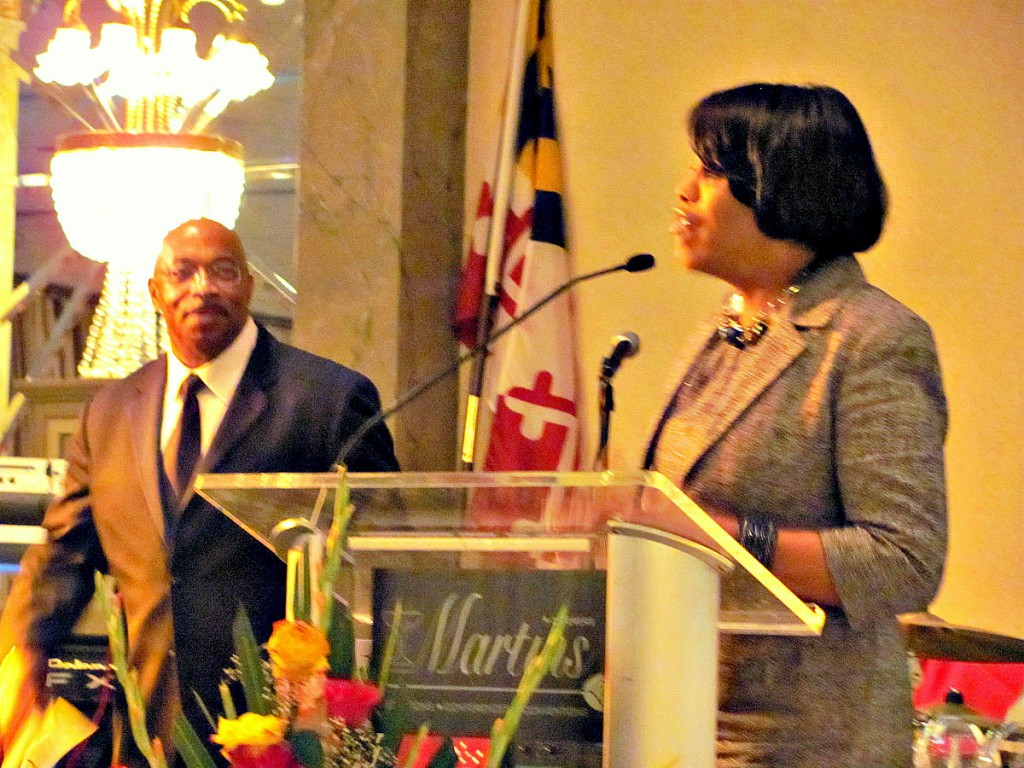 Jones’ company contributed the maximum $4,000 allowable under election laws to the 2011 campaign of Mayor Rawlings-Blake.

He and his then-wife, lobbyist-lawyer Lisa Harris Jones, have organized fundraising events for the mayor and other city politicians.

P&J is in line for a substantial increase in business. In her 2014 budget, Mayor Rawlings-Blake is proposing a $10 million “surge” of vacant house demolition.

The surge, which would apparently supplement yesterday’s appropriation, is aimed at clearing thousands of vacant houses, many of them owned by the city. Details of the program have not yet been released or submitted to the City Council.

Rawlings-Blake did not attend the portion of yesterday’s meeting that approved the P&J contract because she was preparing for the formal release of a report by the Mayor’s Council on Minority and Women-Owned Business Enterprises.

The advisory council yesterday recommended various improvements to the city’s minority and women-owned enterprise program, “creating a platform for the program’s future direction,” according to a press release from the mayor’s office.

Among the members of the advisory council: Lisa Harris Jones and Robert Fulton Dashiell, counsel for P&J Contracting.