The Rawlings-Blake administration won approval to pay $27 million to three consulting companies to help manage city sewer projects, as the head of the agency that sought the contracts broke a tie vote at today’s Board of Estimates meeting.

Foxx said the contracts are essential for the city to meet a federally-imposed deadline to fix its aging sewer system. Mayor Stephanie Rawlings-Blake and City Solicitor George Nilson also voted in favor of the contracts.

After the meeting, Pratt said, “We probably will be paying three times more for these consultants to attend meetings and review reports, when we could hire people to do this work in-house. This is not a good use of taxpayers’ dollars.”

The Brew disclosed the terms of the three contracts yesterday and noted that the fees would greatly exceed the city’s maximum fee for consultants.

This fact was seized upon by Pratt today, who said that each $9 million contract would exceed the city’s “upset limit,” or maximum fee, by 18 times. But by winning a waiver from this limit today, the contracts will go into effect for three years without further board action.

Pratt called the arrangement further evidence that the city depends too much on consultants to do often routine work.

“My concern is that we continue to outsource consultants rather than hire our own graduates and train them and let them grow, so that knowledge can stay within the departments,” she said.

Young released a statement to The Brew after his vote, saying, “I understand the immense pressure the city is under to comply with the federal consent decree to upgrade our outdated water and wastewater systems, but I cannot vote in favor of no-limit contracts to consultants.”

He added, “Not only do I believe we have some of the necessary expertise in-house, but I think we must put a maximum on these contracts.”

The mayor made no comment during today’s meeting. The Brew requested an explanation of her vote from her spokesman, Ryan O’Doherty, and we will publish it when we receive it. 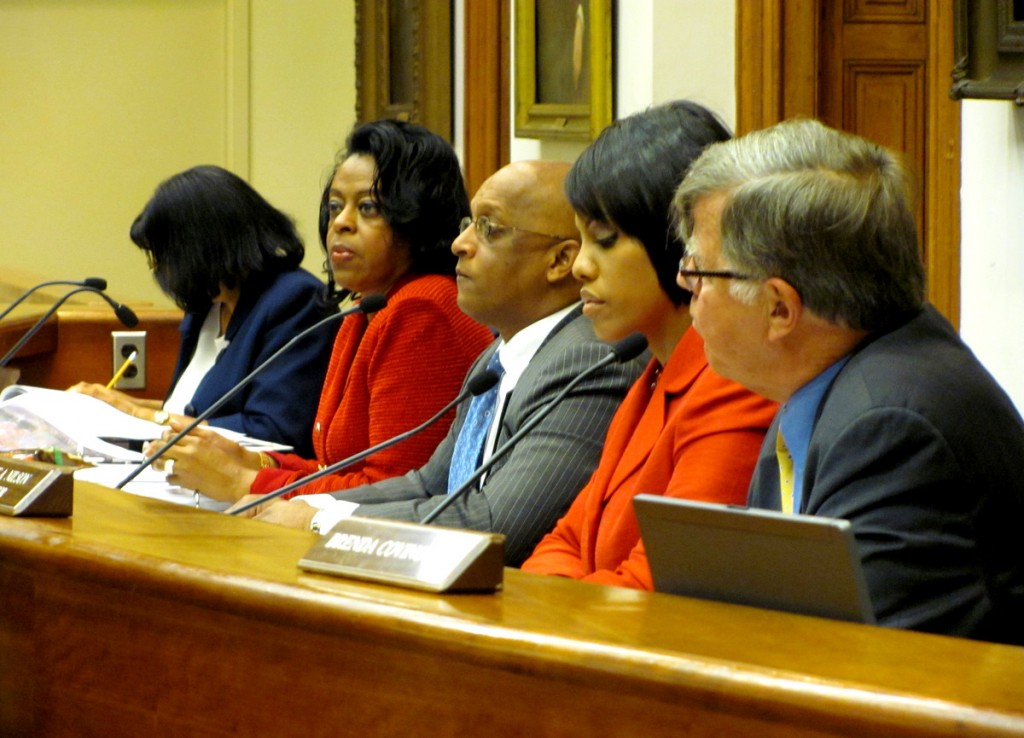 Foxx defended the consulting arrangement as essential for the city to continue to make headway to meet the federal deadline to upgrade sewer lines and wastewater treatment facilities or face steep fines.

A deadline of 2016 was set under a 2002 consent decree signed by then-Mayor Martin O’Malley and the Environmental Protection Agency (EPA), following decades when Baltimore’s sewage routinely overflowed during storms or leaked from defective pipes into the harbor and Chesapeake Bay.

Given the extent of the rebuilding program required by EPA – with estimates of total costs exceeding $1 billion – Foxx said his department’s Wastewater Construction Management Division needs the consultants to supplement its staff.

He said the consultants would assist the city in inspecting new or renovated facilities as well as attend progress meetings, prepare reports and other documentation needed to satisfy the consent decree.

Because the projects will take at least three more years to complete, Foxx said his agency wanted a contract that allowed the same inspectors and engineers to continue their work for the city without the possible disruptions of resubmitting a contract each time the consultant fees exceeded $500,000.

The city’s Wastewater Construction Management Division currently has 137 full-time positions – down three positions from last year – and a budget of $112.5 million.

Foxx said he did not expect the RK&K, Louis Berger and Arcadis contracts to exceed $27 million. But he warned that the overall cost of meeting the requirements of the consent decree is escalating and disclosed that the city is asking EPA for an extension of the 2016 deadline – how long an extension, he said, he did not want to say at this time.