The amendments that eviscerated City Councilman Carl Stokes’ “Ticketmaster bill” were finally on the table (after weeks of work sessions with lawmakers, lobbyists and apparently no consumer advocates).

The measure Stokes had introduced in the Baltimore City Council would have capped the “convenience fees” charged by Ticketmaster and other vendors. The cap would  disappear (along with other consumer protections) in the fine print of the amendments.

“Who is here to testify in favor of the amendments?” Councilman James B. Kraft asked the packed City Council chamber yesterday, as a key council committee met to consider the bill.

Up sprouted a forest of arms belonging to a cadre of male lobbyists in dark business suits.

Who was there to speak against the amendments? One lone hand shot up, that of Maryland Consumer Rights Coalition director, Marceline White. 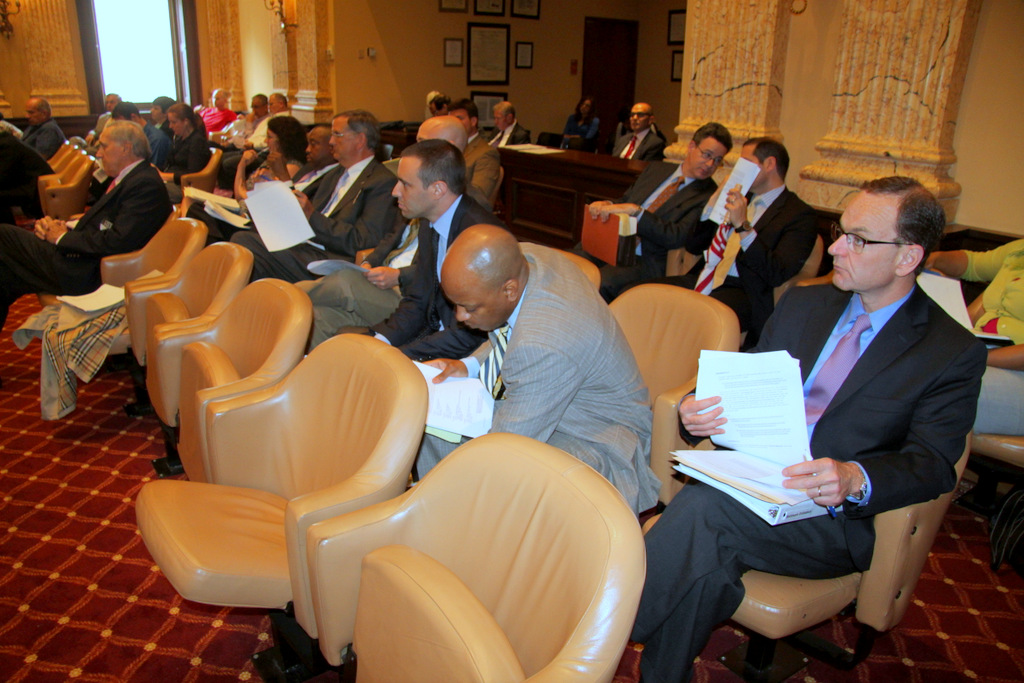 The hardly-surprising 4-1 vote on behalf of the neutered measure (with Councilwoman Mary Pat Clarke the lone dissenter) sent Stokes into a disgusted tirade afterwards.

“The bill was gutted and changed because of the lobbyists, because of the influence they had over the political process,” he said, speaking to reporters.

“Maybe there’s too much money on the table for political campaigns.”

The legislation, coming in the wake of an irate ticket purchaser’s federal lawsuit, would have limited the fees for processing and other services to no more than 15 percent of the ticket’s price.

Another feature amended out of the bill would have required businesses to disclose the fees when advertising in Baltimore. (The bill still requires disclosure at the time of sale.)

Representatives of a host of city cultural venues and sports franchises warned that the cap would hamper their ability to attract top talent, compete with neighboring jurisdictions and even stay in business.

“Others close by would like to get some of the productions we get at the Lyric,” said Edward J. Brody, chair of the Lyric Foundation Board. The performers “would be less inclined to come here” if fees were capped. 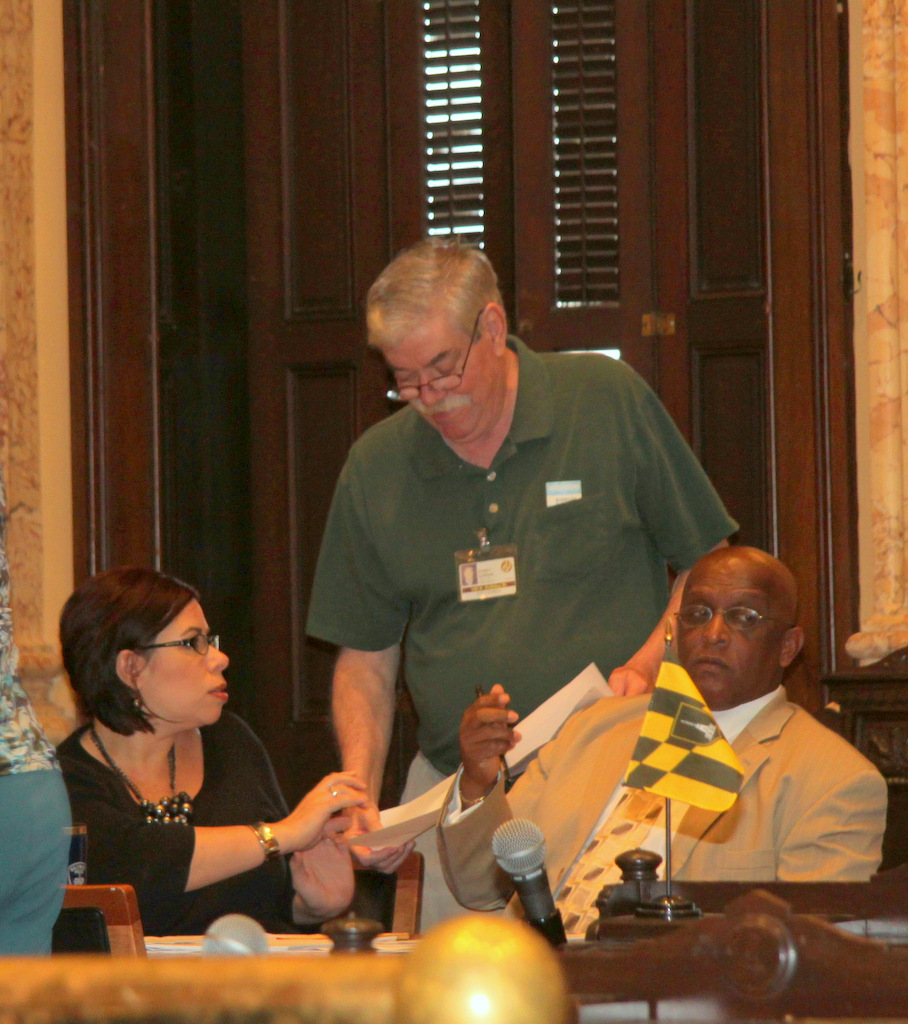 One sensitive subject at the hearing, though, was the notion that the local venues have another motivation for defending the practice – the convenience fees, it turns out, are sometimes split by the ticket-sellers and the venues.

Consumer advocate White, in her testimony on behalf of the bill, said the unchecked convenience fees would burden citizens already dealing with new municipal fees lately imposed by city government and also referred to them as kickbacks.

“Your language bothered me,” Councilwoman Rochelle “Rikki” Spector said, rebuking White. “We have a hard enough time trying to raise revenue with taxes.”

Councilman Robert W. Curran also jumped on White for using the term: “they’re not kickbacks!” (And he grilled her about her personal entertainment choices, asking “Do you go to the Meyerhoff?”)

But Stokes did not shy away from the term, telling reporters “They admitted this morning in the hearing that’s what they do, they get kickbacks.”

“Often they talk to the venue and the venue says ‘We need an extra $5 per ticket and Ticketmaster will say ‘I’ll give you $5, I’ll add $5 and so you get your $5 back per ticket and that’s how they work that out. It’s all figured out in advance,” he said.

He said one venue in Baltimore charges processing fees of as much as 80 percent, listed major venues in Baltimore that do not charge high service fees and noted that Arkansas, North Carolina and other jurisdictions cap ticket sale convenience fees. The venues, under Stokes’ bill, “would still recoup a handsome profit,” White said.

In explaining his vote, Councilman Bill Henry said he started out with the Ticketmaster issue thinking the Council had an opportunity to “get Ticketmaster out of our lives,” but eventually came to understand that the company earned the fees because it provides a worthwhile service and was simply discovering its free market value. “Clearly, people are willing to pay.”

He said he was “aggravated”by a Today Show segment yesterday that disclosed the industry practice of “holding back” a large proportion of concert tickets to give to VIPs, high-end credit card holders, fan clubs, the artist or the venue itself. (Their most extreme example: a Justin Bieber concert in Fresno in which 92% of the tickets were already sold or given away by the time they went on sale for the general public.)

“But here in Baltimore city we’re going to figure out how to make it easier for all these people to resell their tickets. . . because we’ve gotta save the Lyric, we’ve gotta save the Symphony, the Science Center. . . We’re stuck and we’ve got to do this it’s just a damn shame,” he said before voting for the amended bill.

Speaking to reporters after the vote, Stokes predicted that some day the federal government might move to restrict such practices, along with the high fees.

In the meantime, he called the current bill useless (“It’s not a bill anymore, you might as well just throw it away”), and noted that it paves the way for unlimited extra charges.

“It allows exorbitant fees to go even higher,” he said. “Now there’s no limit to how much price gouging can take place in the city of Baltimore.”

White said the Council “supported corporations as opposed to city residents” in passing a measure that allows some venues to continue to charge as much as 40% of the ticket price in service fees. She also said she was concerned about the legislative process.

“We’ve been asking for these amendments and were not allowed to see them until this morning,” White said, adding that she was shut out of the working group meeting with legislators and staff about the bill over the past month.

“This is all being done behind closed doors.”