Dynis LLC, the cell-tower repair company seeking a $185 million contract with Baltimore to install “smart” water meters, ended last year with no cash on hand and a $2.5 million negative cash flow from operations.

This and other information disclosed in a financial statement submitted to the city and reviewed by The Brew suggests a small, struggling company that has undergone severe financial strains since 2011.

Winning the water contract, however, could bring more than $70 million to Dynis over the next few years in its role as “program manager” of the contract, supervising eight subcontractors who will do the actual work.

According to the bid documents, Harrington, L/B Water and the other subcontractors would be paid a total of $114 million for their services under the meter installation contract.

That would leave a difference of $71 million between the subcontractor costs ($114 million) and Dynis’ bid price to the city ($185 million), which would presumably be pocketed by Dynis as the “program manager.”

Dynis did not disclose on bid documents what it expects to be paid as program manager. Nor, crucially, has the city requested that information, a review of the available public record has found.
______________________________
FULL COVERAGE IN THE BREW:

A third bid – of just $80.4 million, or $104 million below the Dynis bid – by Ohio-based Aclara was not opened by the city after the Law Department called its technical bid “non-responsive.” (See Brew’s coverage for details.)

Dynis says it secured “the industry’s best water utility vendors” to do the actual metering work. Below, the eight subcontractors and their tasks. 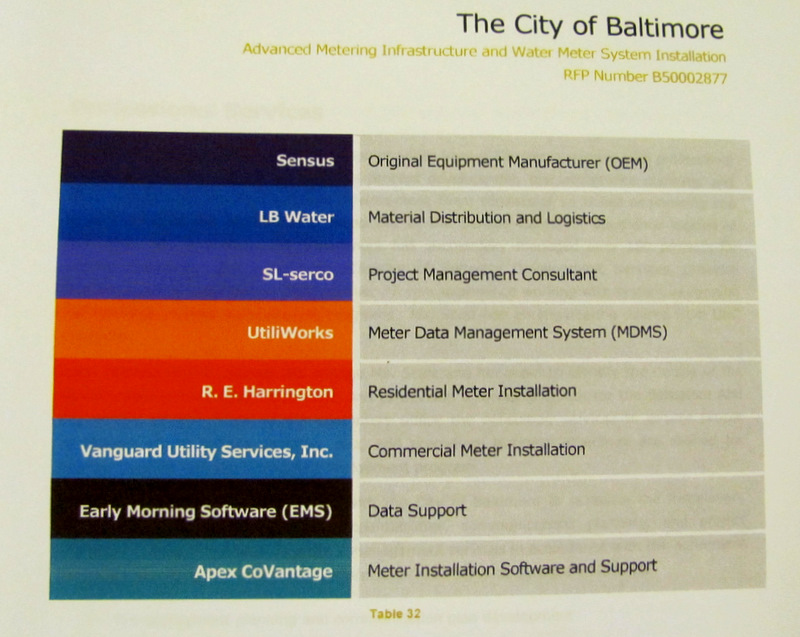 The founder, CEO and president of Dynis, Earl Scott of Columbia, has not responded to Brew requests for comment.

Nor has a key backer of the Dynis proposal – J.P. Grant, promoter of the Baltimore Grand Prix and top campaign contributor to Mayor Stephanie Rawlings-Blake.

Grant is a member of the Dynis group, offering to underwrite the $185 million contract through a lease purchase financing agreement with the water bureau.

Grant Capital Management would charge a starting interest rate of 3.85% – a full percentage point above the 2.85% financing plan offered by Itron. 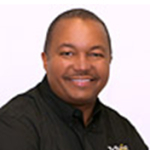 Among its operations, the firm installs base stations for wireless communications on rooftops, water tanks and existing towers.

The company lists total assets of $28.3 million, with $21.4 million in liabilities. Its retained earnings, net worth and total stockholder equity are all reported at $6.9 million.

Below is the financial statement that Dynis provided to the city as part of its water meter infrastructure bid. 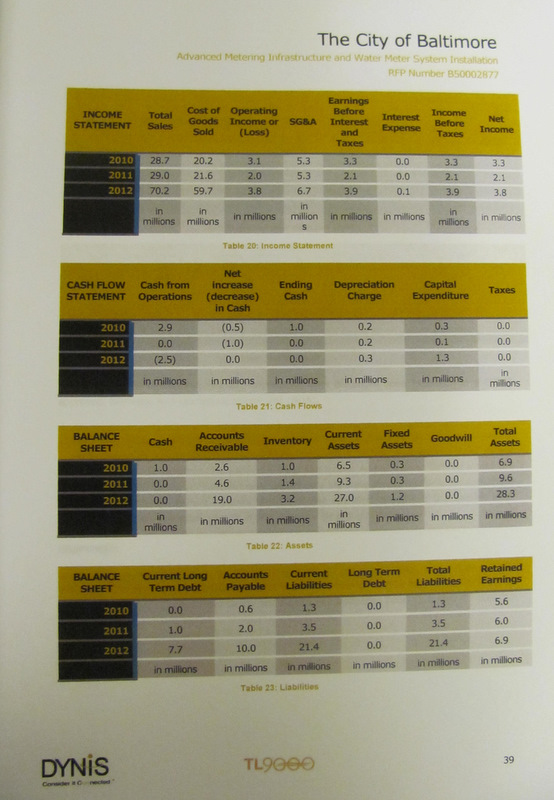 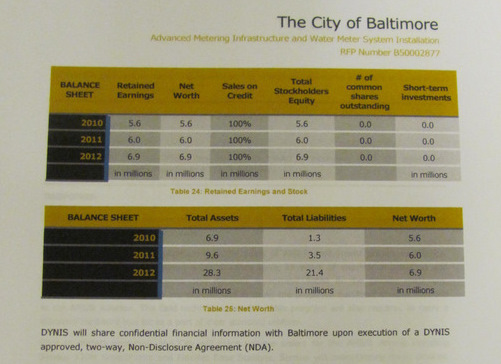