A dumpy and dangerous shopping center, a surplus of drunken mega-bar patrons, a planned rail facility that would send up to 40 tractor trucks an hour through residential streets, a proliferation of drug dealers preying on impoverished senior citizens, an urban farm under threat by a developer.

These are among the challenges Baltimore neighborhoods faced this year, spawning battles with City Hall, the State House, private property owners, developers and large corporations – battles we covered in detail here at The Brew.

As we look back on a year of Brew-ing, we add these to the list of other neighborhood controversies we’ve been following  – long-running struggles requiring multiple follow-ups and sometimes taking surprising twists and turns.

Consider the story of the money meant for Westport (which never seems to get there).

In 2012 we reported on how $250,000 meant for this impoverished community almost wound up in the hands of a well-heeled foundation in Fells Point. But this year the same thing happened again – with the same $250,000!

Mark Reutter discovered the latest quiet diversion of funds that would have sent the money to a city-wide demolition account.

Perhaps 2014 will be Westport’s year to finally get what’s coming to them. We’ll be on the lookout.

Other Communities, Other Stories

Likewise, we followed up on another long-running saga where residents can’t seem to make their voices heard – the Royal Farms gas station and convenience store in Hamilton that is widely disliked by a phalanx of community associations, but somehow juiced by City Hall. (The parcel is owned by a labor union that contributes generously to local politicians’ war chests.)

Residents this year were disappointed that a city zoning board approved the project, but found some solace in the fact that the board had at least acknowledged the dangerousness of the existing intersection and required a realignment meant to improve safety.

Quietly, though, the traffic fix language was later dropped by the board staff – after they got a call from the law firm representing Royal Farms. (That was just one of this year’s Brew stories, which is now winding its way through the courts.)

Here are some quotable quotes from “new” neighborhood controversies we covered in 2013:

There beneath the window, was a young woman cursing and kicking the side of my husband’s cheery, bright blue Volkswagen as hard as she could. . . “I’m sorry,” she said to me, crying. “I’m just so drunk.”

[Association President Preston] Greene said his community group had raised the matter many times with the city solicitor’s office and representatives of the BDC. “The people at City Hall have known about this covenant for years, but they didn’t do anything about it.” (Good news: Rite Aid relents on its demand after City Council action and a spirited protest – and releases the covenant at zero cost to the city.)

“There are people urinating in the elevators. People sleeping in the stairwells. They’re looking for any warm place,” said Mary Larson, delegate to the Resident Advisory Board for Bel-Park. . . “It’s to where you want to stay inside with a hammer or a gun or a machete ’cause you don’t know who’s out there.” More here. 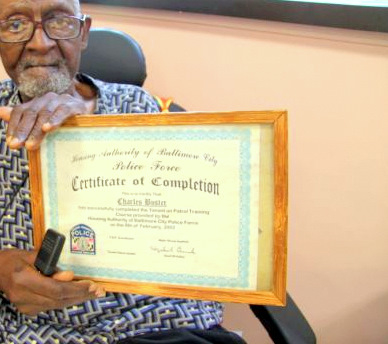 Who is to share in the windfall from the new casino?

Just as quickly as you could say “jackpot,” politics reared its head. Why, asked a member of the Hollins Roundhouse Neighborhood Association, has the map of communities eligible for the funds been extended southward to Cherry Hill, while his community – almost two miles closer to the casino – is without a seat at the table?

“The city has poured a fortune into Uplands. But it’s missing a vital step if it continues to let the shopping center go to pot,” [Hunting Ridge Community Association president Christopher] Williams said. “Right now the only thing that’s missing are the saloon girls and some horses ’cause otherwise The Village has the reputation of a wild west town.”

Lifting up Park Heights by cracking down on liquor stores

Across the street is a big, weedy vacant eminently build-able lot. But it has little potential, [liquor store critic Julius Colon] says, since it faces the run-down building with the peeling paint whose sign blares: BAR IS OPEN 7 DAYS. “That right there would kill any re-development,” he said. . . Asked about the argument that stores like his bring the community down, Jason Kim rolls his eyes. “They can point the finger at anything they want,” he said. “I see all these boys with no jobs and no future, selling drugs to make a buck.”

The Brew has obtained a 12-page draft agreement of a “community benefits agreement” drawn up by a group co-founded by Rev. S. Todd Yeary, Mayor Stephanie Rawlings-Blake’s pastor, and Rev. Alvin C. Hathaway. Now circulating at the highest levels of City Hall, the document calls on a range of payments and services from the Beatty organization, including Internet wireless service and fresh produce for Perkins Homes residents. 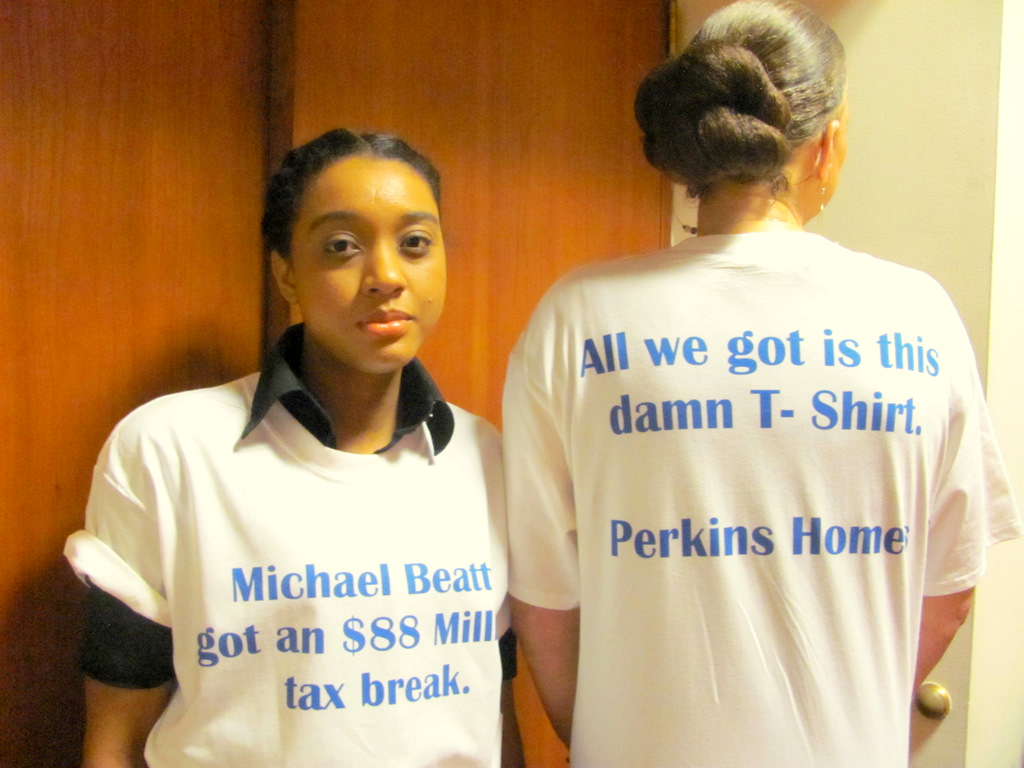 The murmuring erupted into heated protest as people realized there was to be no opportunity to stand up before the group and speak. “We don’t want stations, we want answers!” “I think this was a done deal before we even came in here!” “They’re trying to split us up!” Robert Tivvis, a 51 year-old Morrell Park resident, drew loud applause when he bluntly told the half dozen train company officials and government bureaucrats: “This is a community meeting. Talk to us together like we’re a community!”

“News spreading in recent weeks that the city is considering selling those parcels to an unnamed developer has kicked the Free Farm into gear, spawning a competing bid for the property by the collective and a petition drive (with over 1,000 signatures so far) to highlight their argument that the city should sell to them.” (NOTE: Two weeks after our story appeared, the housing department announced it had decided to award the parcels to Free Farm after all.) 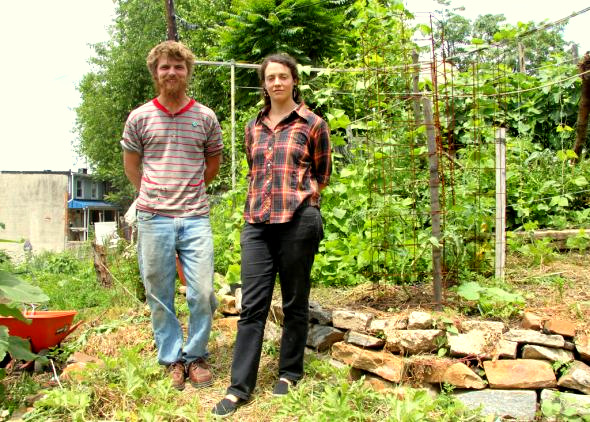 “He says it will be a jazz club,” one of the neighborhood observers remarked, “but he also says it’s going to be young people and you know what that means – hoppers!”

The mayor blamed litigation between the city and La Cite Development LLC, developer of an 11-acre parcel of mostly vacant land in Poppleton, for the mix-up resulting in 220 North Carey Street being added to the project. “I am not the problem,” the mayor told Kashnow and four other residents who appeared before the board. “I share your frustration about the lack of progress.”

Located at one of the highest points in the city, the tower has a commanding view of several historic communities, including Hoes Heights, Hampden and Roland Park and, across the Jones Falls Valley, Woodberry and both Druid Hill and Cylburn parks. Restoring the tower is expected to cost $900,000 and the display room and park are expected to cost another $300,000 to $600,000.

Charles Graham, 18, said the level of pollution in his neighborhood struck him after he had been living out of state for a while and came back. “The whole place smelled like a moldy basement filled with plastic,” he said. He wound up with a quote from the 1940 Charlie Chaplain movie, The Great Dictator: “We think too much and feel too little. More than machinery, we need humanity. More than cleverness we need kindness and gentleness. Without these qualities, life will be violent and all will be lost.” 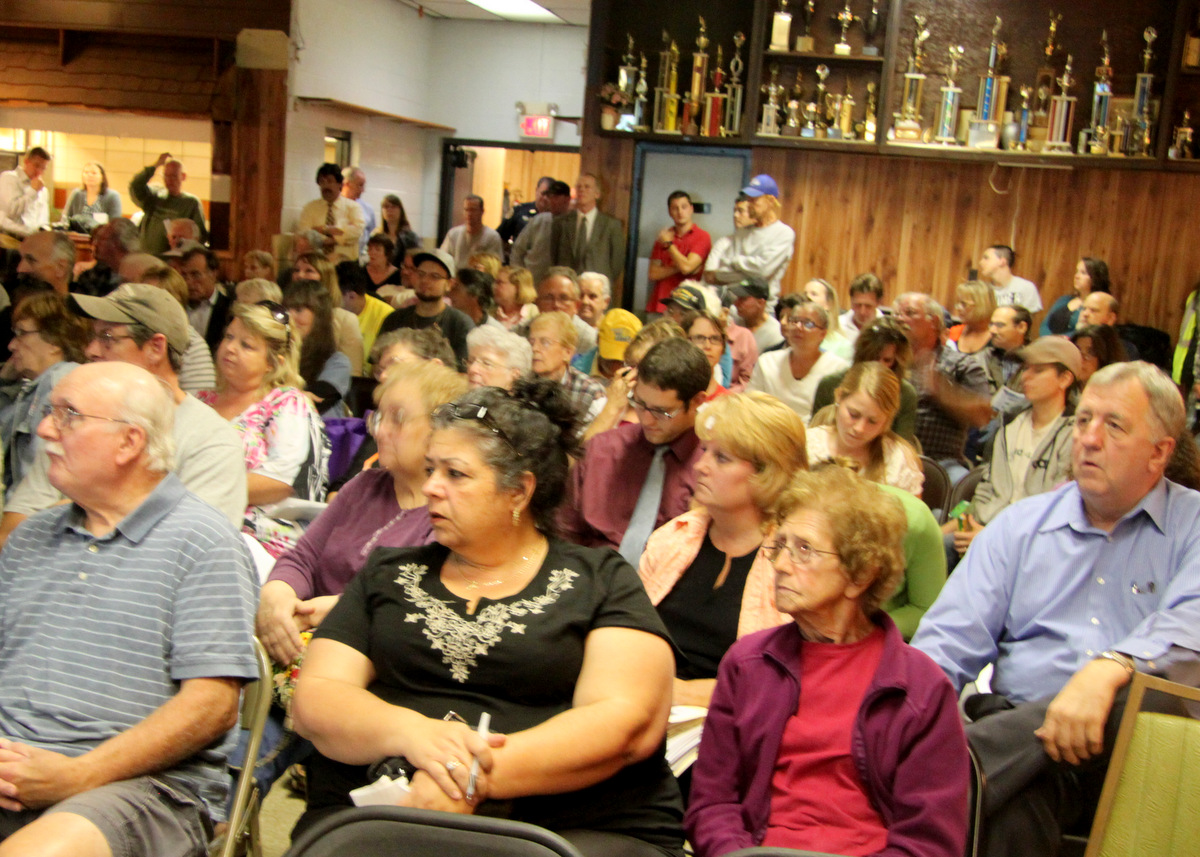 An intermodal rail facility sending up to 40 trucks per hour into their neighborhood? No way, a feisty Morrell Park crowd said in September. (Photo by Fern Shen)