At a corner of Northeast Baltimore where two young men were killed in the space of four months, Police Commissioner Anthony W. Batts today announced a new initiative to expand “special enforcement zones” from four to 17 zones citywide.

Batts would not specify where the new zones are located – or how police will conduct their special enforcement – except to say that large numbers of officers will participate. The zones, he said, are based on empirical evidence of the number of repeat offenders, probationers and parolees are in a particular neighborhood.

The location of today’s news conference, at Hugo Avenue and East 28th Street, is in one of the existing four zones.

Batts said the surrounding neighborhood (Coldstream Homestead Montebello or CHUM) had seen a 25% reduction in violent crime last month compared to January a year ago, and a 11% decrease in property crime, which he credited to zone enforcement.

However, he agreed that intensive policing did not save the lives of Kevin Everette Green, a rapper known as “Kev tha President” who was killed at the corner last September 24, nor 16-year-old Lavar Crawford, who was gunned down on January 25.

Several residents who watched the news conference from across the street said the neighborhood has been beset by outsiders who “come here to do their business.”

One resident, who said he’s been a local homeowner for 16 years, called the neighborhood “a dump” and, pointing to abandoned rowhouses littered with broken boards and trash, said the neighborhood’s real problem is “blight.”

“We got to do something about this mess and get better houses for people to want to be here,” he said. 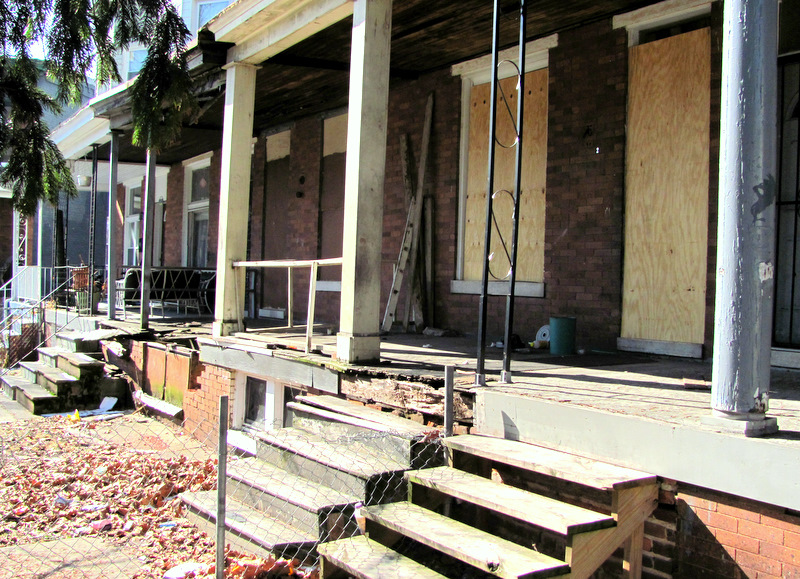 Abandoned houses on Hugo Avenue only yards away from two homicides in the last few months. (Photo by Mark Reutter)

Nodding in agreement, another resident said that housing is the number one issue. He added that it was police pressure that pushed criminals from other neighborhoods into CHUM.

“We all grew up here together” he said. “This was like a family here. But no more. We don’t know who these people are.”

Both men asked not to be identified.

“What Are We Supposed to Do,” Mayor Asks

After Batts’ presentation, Mayor Stephanie Rawlings-Blake was asked if the expansion of zone enforcement was “one more initiative where we end up with the same results. ”

The mayor replied, “There’s not too much I can do and what the police commissioner can do that’s not going to get detractors. It’s just the nature of the business. . . For those who say this is just another thing, OK, what are we supposed to do? Just wash our hands and say, ‘Let it be what it is?’ I’m going to continue to fight. And I’m going to work with everybody who wants to make our city safer.”

“It’s in the nature of what we do that we get criticized. And I don’t mind that. But if it could be constructive. It’s not like they’re giving another suggestion. There’s no other strategy that has worked better for Baltimore than focusing on violent offenders.

“That’s what got the homicide rate down to the lowest it has been in decades. Now we have to enhance it and make sure we are keeping pace with the changes that criminals are making. They aren’t doing what they did two years ago. They change constantly, and we have to change constantly and constantly enhance what we do.”

The mayor then added, “If some constructive suggestions come along with ‘this sounds like the same thing,’ please pass them along.” 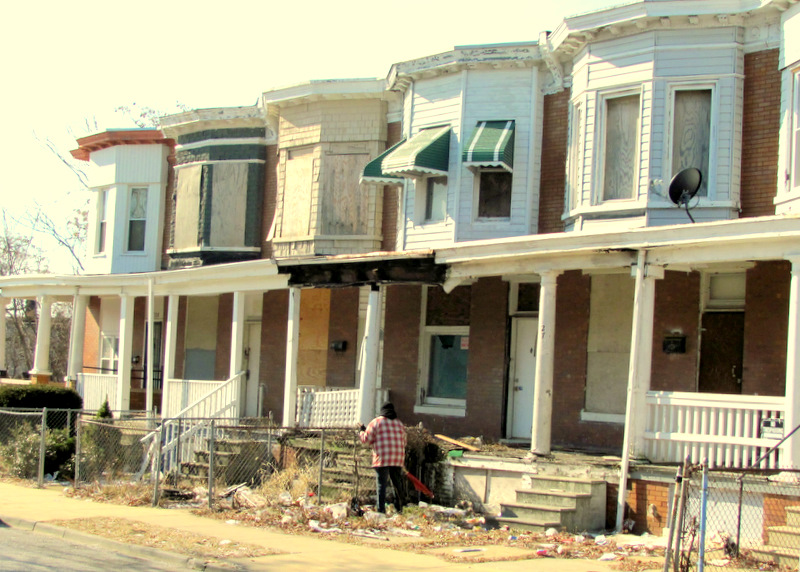 A man cleans up the front yards of an abandoned property on Fenwick Avenue a block from today’s crime news conference. (Photo by Mark Reutter)