Helen Delich Bentley, the crusty Congresswoman and trailblazing newspaper reporter who famously championed the rough and tumble port of Baltimore, had a soft spot, it turns out, for antique glassware and porcelain.

Delicate flower-inspired Art Nouveau-style vases and other masterworks by Tiffany are the centerpieces of a group of items being auctioned off this fall in Dallas by Heritage Auctions, which is handling the private collection accumulated by the late GOP Congresswoman.

“Representative Bentley was a true powerhouse for those in her district and she was most influential at redeveloping Baltimore’s now famous waterfront,” said Nick Dawes, Vice President of Special Collections at Heritage. “Behind the scenes she loved the serene lines and craftsmanship of Tiffany, Meissen and Gallé.”

Among the Tiffany pieces on offer is a large gold and green vase and a scarab desk lamp, each valued at $3,000 to $5,000. Other Tiffany items include a bronze candlestick holder, and tableware including a gold decanter and wine and sherbet glasses.

These Tiffany pieces from Bentley’s personal collection, along with the Gallé art glass she acquired, will be part of Heritage’s Art Nouveau and Art Deco auction scheduled on Nov. 18 in Dallas (and online, as well).

Bentley’s collection of Meissen and other porcelain figures will be offered at Heritage Auctions in a separate February 2017 auction in New York.

To locals who know the Bentley biography in more detail, the cache of museum quality glassware may not be so surprising. She and her husband William had an antique store in Cockeysville which he ran from 1971 until his death in 2003.  She closed it in 2007. 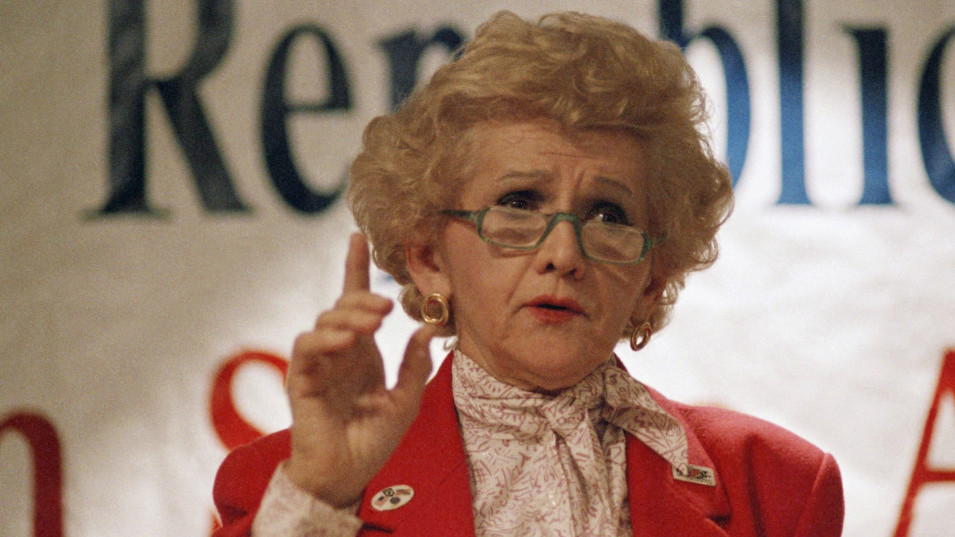 A N.Y. auction houses is selling off the Tiffany and other vintage glassware collected by the late former Congresswoman Helen Bentley. (politico.com)

(Most of her Tiffany pieces were collected prior to 1980, according to a Heritage spokesman.)

Better known to the public as the strong-willed woman who represented Maryland in the House of Representatives from 1985 to 1995, Bentley died on August 6 in her Timonium home of brain cancer.

The Nevada-born daughter of a Serbian immigrant miner, Bentley went on to a career unusual for women at the time – covering labor unions and the waterfront for the Baltimore Sun.

She got that job in 1945, when only The Sun offered her a position out of all of the main East Coast newspapers, and for the next 24 years, she broke national and local stories from her perch on North Calvert Street.

In an appreciation, columnist Barry Rascovar described how Bentley would storm into the newsroom fresh from the docks with a hot story:

“Never pausing to take off her hat – a cross between a Mexican sombrero and an Easter bonnet that was made to impress – Bentley started screaming at her staff in her usual scatological way, sending some scurrying while others simply returned her epithets,” he wrote.

Moving out of newsrooms and into politics, Bentley was appointed chair of the Federal Maritime Commission, making her the highest-level female appointee in the Nixon administration.

In electoral politics, her persistence paid off. On her third try, she defeated Democratic incumbent Clarence Long to represent the 2nd District that included the port, southeast Baltimore County and the once-sprawling Sparrows Point steel mill.

“She used her time in Congress to bash Japan and Asian nations for their trade policies, pushed hard to gain appropriations for the Port of Baltimore and fought to empower women,” Rascovar wrote.

Pilloried for Working with Democrats

“Ten years later, Bentley entered the race for governor as the heavy favorite only to lose shockingly in the Republican primary to ideological conservative Ellen Sauerbrey,” he recalled.

“Bentley, a pragmatic conservative, was pilloried for daring to have worked with Democrats – especially Gov. William Donald Schaefer – to further the Port of Baltimore.” (Of clashing parties, Schaefer and Bentley were soulmates in outlook and disposition.)

In 2002, she sought election to her old House seat only to lose to then-Baltimore County Executive C.A. “Dutch” Ruppersberger. Bentley’s inability to reenter politics late in life may have shadowed her later years, but her contributions to the port visibly live on – Maryland Gov. Robert Ehrlich named it after her.