The longest-serving (and most embattled) agency head in Baltimore government will be leaving his post, Catherine E. Pugh stressed today during her first full day as mayor.

“Did you fire Paul Graziano yet?” was the opening question asked of the mayor during her inaugural press conference.

“I have made it very clear that Graziano is not the housing commissioner that I want,” she said.

Appointed in 2000, Graziano has served three mayors and weathered years of criticism over rodent infestation, lack of heat and other poor conditions at public housing units and, most recently, a scandal in which city workers allegedly demanded sexual favors from tenants in return for apartment repairs.

Graziano serves both as commissioner of the Department of Housing and Community Development (HCD), a city agency, and as executive director of the federally funded Housing Authority of Baltimore City (HABC). He earns $220,000 a year, the second highest salary in municipal government after State’s Attorney Marilyn J. Mosby.

Despite a chorus of complaints, former Mayor Stephanie Rawlings-Blake retained Graziano in part because of his ability to secure federal housing money, including RAD (Rental Assistance Demonstration) funds.

But today Mayor Pugh said just the opposite was true.

“We have missed many federal dollars” because HCD and HABC “cross pollinate,” she said.

“As the mayor of Baltimore, we need two focuses,” Pugh continued. “One, on making sure that we deal with our Section 8 problems and the homeless problem that we have in our city. The other is on building communities and neighborhoods. 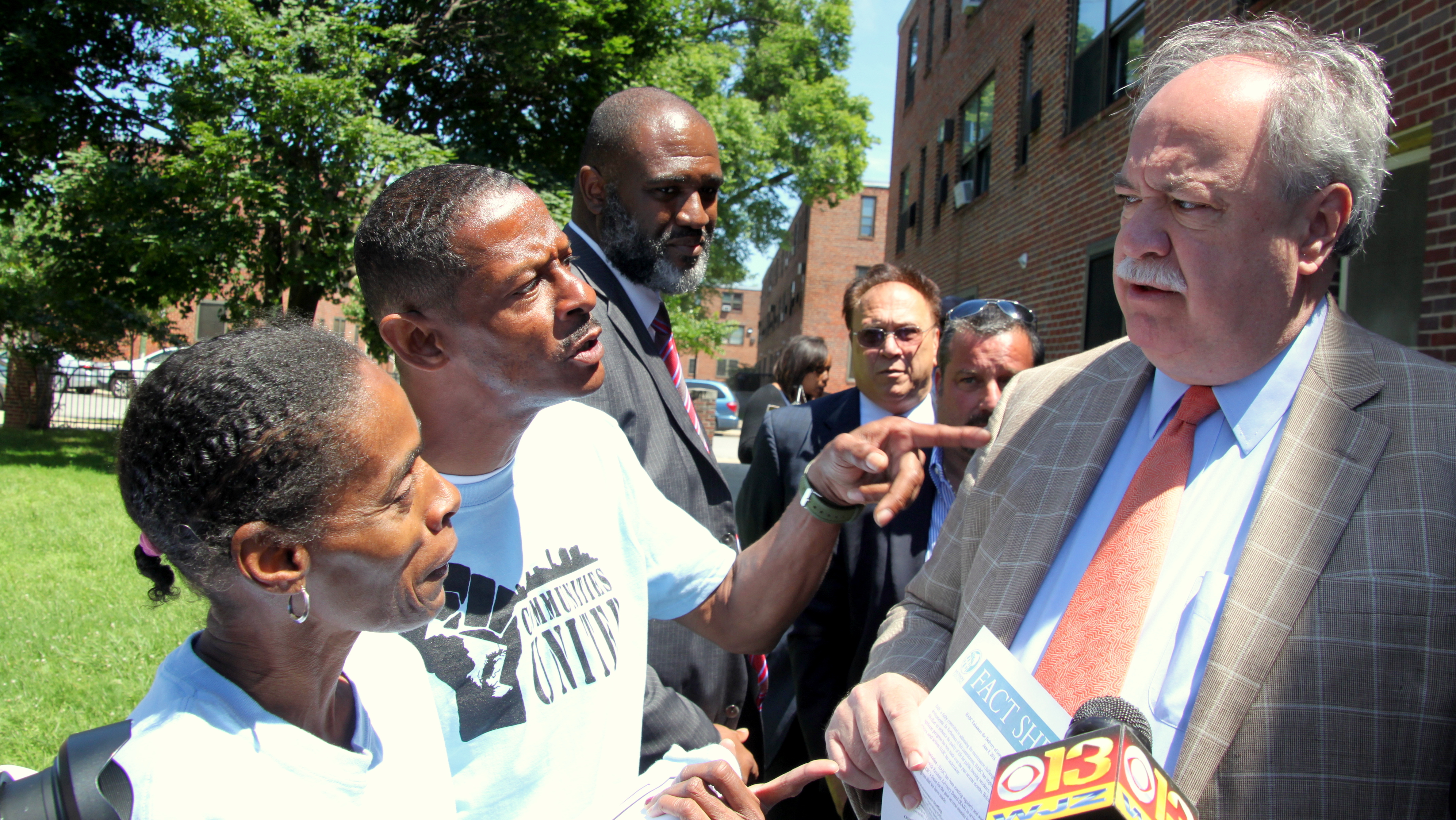 Pugh said her team, which includes former state Del. Peter A. Hammen, is working with experts at Johns Hopkins University to set up two housing-related departments. Pugh said her administration will then be looking for “the best and brightest” to run the departments.

Tania Baker, the spokesperson for Graziano, did not respond to a request for comment about the mayor’s remarks. The part-time HABC board has four commissioners chaired by Joseph Lee Smith. The group typically meets on the third Tuesday of the month. Smith could not be reached today.

The Baltimore Development Corporation (BDC), which has come under criticism for favoring waterfront developers and lacking transparency, is under review – but not its CEO, former City Councilman William H. Cole.

“We will keep Bill Cole,” Pugh said. “We are regrouping and looking on how we will reframe economic development in the city. We need a BDC, absolutely, and Bill Cole will be there.”

Former Baltimore County Executive James T. Smith Jr. will be looking at how to bring manufacturing back to the city as Chief of Strategic Alliances, a new position announced by Pugh on Monday.

Pugh characterized Smith’s efforts as determining “what we need to do to be a force to be reckoned with as a city, so when they start writing about great cities economically that we’re that city.”

The new mayor indicated that she plans to retain the acting directors in several departments, including Recreation and Parks (William Vondrasek) and Transportation (Frank J. Murphy Jr.).

She said the post of Inspector General, recently vacated by Robert H. Pearre Jr., will be filled in the future. The IG, who reports to the mayor’s office, is tasked with rooting out waste and fraud in municipal government.

All current and future department heads – as well as her five senior staff – are expected to live in the city, Pugh said. At the end of the press conference, Smith announced that he is living in a Fells Point apartment building.