The casino pushed by city officials as a “game changer” for Baltimore registered its lowest level of revenues last month since it opened 2½ years ago.

The reason: the lavish new casino that debuted in December in Prince George’s County.

Horseshoe Casino Baltimore saw its revenues tumble by more than $8 million in January as gamblers flocked to the MGM National Harbor casino-hotel outside of Washington.

The Russell Street casino earned just $20.2 million in January, according to figures released yesterday by the Maryland Lottery and Gaming Control Agency.

This compares to $28.5 million in November 2016, the last full month before the MGM facility opened. That amounts to a 29% month-to-month drop. Compared to January a year ago, Horseshoe revenues fell by 14.5%, according to the gaming agency.

Dubbed the first “world-class” casino in Maryland, the $1.4 billion facility has attracted huge crowds since it opened in early December and recorded $49 million in slot machine and gaming table revenues last month. 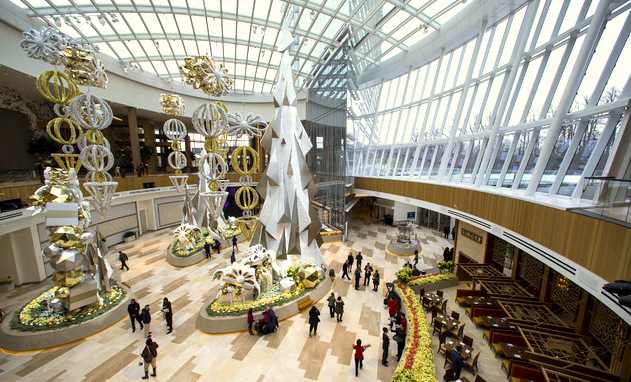 The “conservatory” at the new MGM National Harbor casino-hotel in Oxon Hill. (reviewjournal.com)

Unless Horseshoe’s customer base quickly revives, the loss of business to National Harbor will have a negative impact on city residents, who were promised local community funds, reduced property taxes and more aid to schools as a result of the city-sponsored facility.

The most immediate effect will be on community impact grants, which are used to finance police protection and roadway improvements around the casino as well as amenities for South Baltimore communities.

Last November, impact funds coming out of casino revenues amounted to $928,830.81, according to the gaming agency. Last month, they were $676,727.17 (even though there were 31 days of operation in January compared to 30 days in November).

The lower revenue, if not reversed, will require adjustments to the funds now used by the mayor’s office to finance a police “mini-district” around the casino.

Since the casino opened in 2014, the city has used about $4 million in impact funds for increased policing. The proposed police budget in the coming fiscal year is $1.85 million, including some neighborhood patrols. 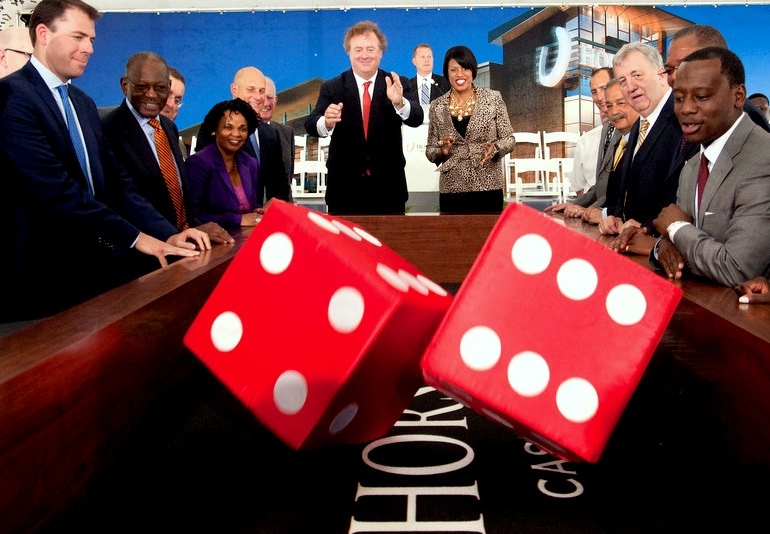 In its current and proposed budget covering the next 18 months, the city has allotted $575,000 for community park improvements (including $150,000 to stabilize Federal Hill), $600,000 for “complete streets” upgrades in South Baltimore, $250,000 for Middle Branch shoreline cleaning, and $155,000 for street light upgrades and CitiWatch cameras.

Any sharp decrease in casino revenues will force a reduction in those expenditures.

Also promised to voters was a lower property tax rate. During her 2011 election campaign, Mayor Stephanie Rawlings-Blake said that ground lease revenues from the casino would bankroll property tax reductions for Baltimore homeowners.

Calling it her “Fiscal Responsible Plan,” she pledged to dedicate 90% of the casino’s lease payments to property tax relief.

The promised relief never happened as casino revenues lagged from the start behind the highly inflated projections by city officials.

The continuation of a low revenue stream could also impact casino jobs and investor return.

A Wall Street analyst previously told The Brew that Horseshoe needs revenues of at least $20 million a month to pay off its long-term debt, including the ground-rent lease payments to the city.

A sustained drop-off of customers could lead to financial strains and layoffs among the 2,400 people originally hired by the casino, half of whom were Baltimore residents.

When opened in 2014, the casino was majority owned and operated by Caesars Entertainment. Faced with severe losses from years of over-expansion, the Las Vegas-based company spun off Horseshoe and other casinos to Caesars Growth Partners, LLC.

In January 2015, the parent company filed for bankruptcy. The company recently emerged from court protection after its two major investors, TPG Capital and Apollo Global Management, took a $950 million “haircut” and junior creditors accepted 66 cents on the dollar. Caesars remains the day-to-day operator of Horseshoe. 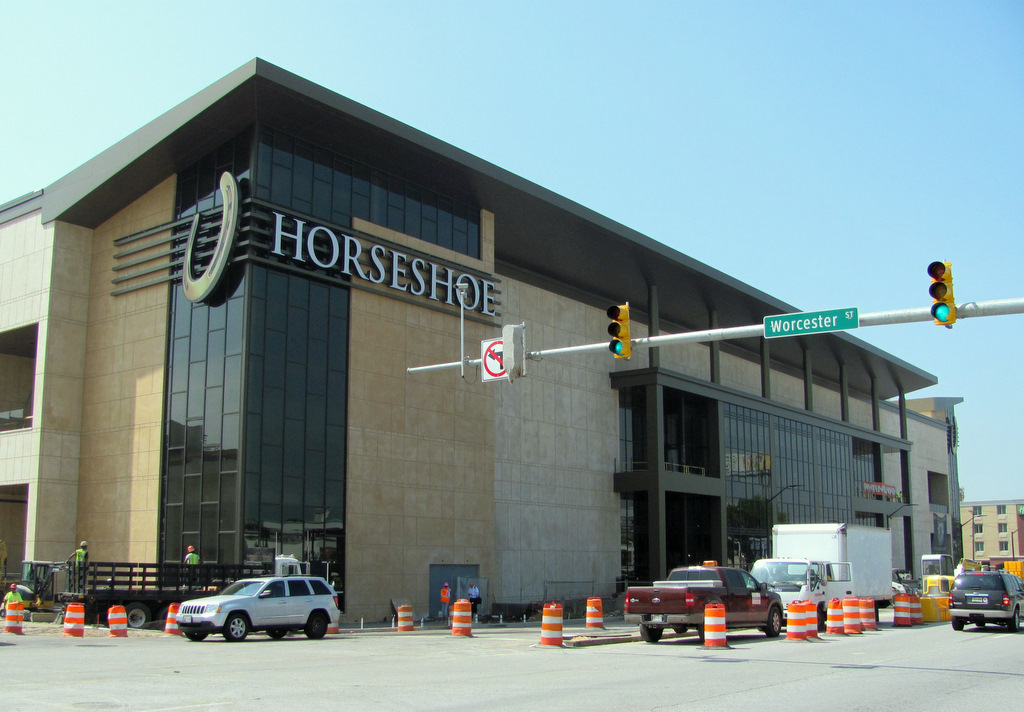 Horseshoe Casino prior to its opening in August 2014. (Mark Reutter)

According to financial filings with the state, Caesars Growth Partners owns 51% of the casino and Rock Gaming, a Midwest casino company owned by Quicken Loans CEO Dan Gilbert, owns 37%.

There are three local investor groups who collectively own 12%:

The casino has not issued any public statement about the fall-off of revenue.