The Maryland Attorney General’s office has ruled that the Baltimore Office of Promotion & the Arts (BOPA) is “a public body” that must hold its meetings in public and announce them beforehand.

By failing to do so, the non-profit entity – which produces Artscape, the Martin Luther King Jr. Parade, and other cultural events and programs – violated the Maryland Open Meetings Act, according to a February 1 opinion issued by the Open Meetings Compliance Board.

The complaint against BOPA – a non-profit with a $12 million budget that awards grants and contracts and has about 40 employees – was filed by Jeremy Rountree, a former member of the Public Art Commission (PAC).

“The opinion of the Open Meetings Act Compliance Board is a step towards understanding past and future decisions relating to the city’s cultural policies,” said Rountree, in emailed comments to The Brew.

Rountree said he filed his complaint amid community protest about the razing of the McKeldin Fountain near Baltimore’s Inner Harbor. By a unanimous vote in December 2014, the Commission had declared McKeldin Fountain “public art” within their purview and recommended demolition be postponed. 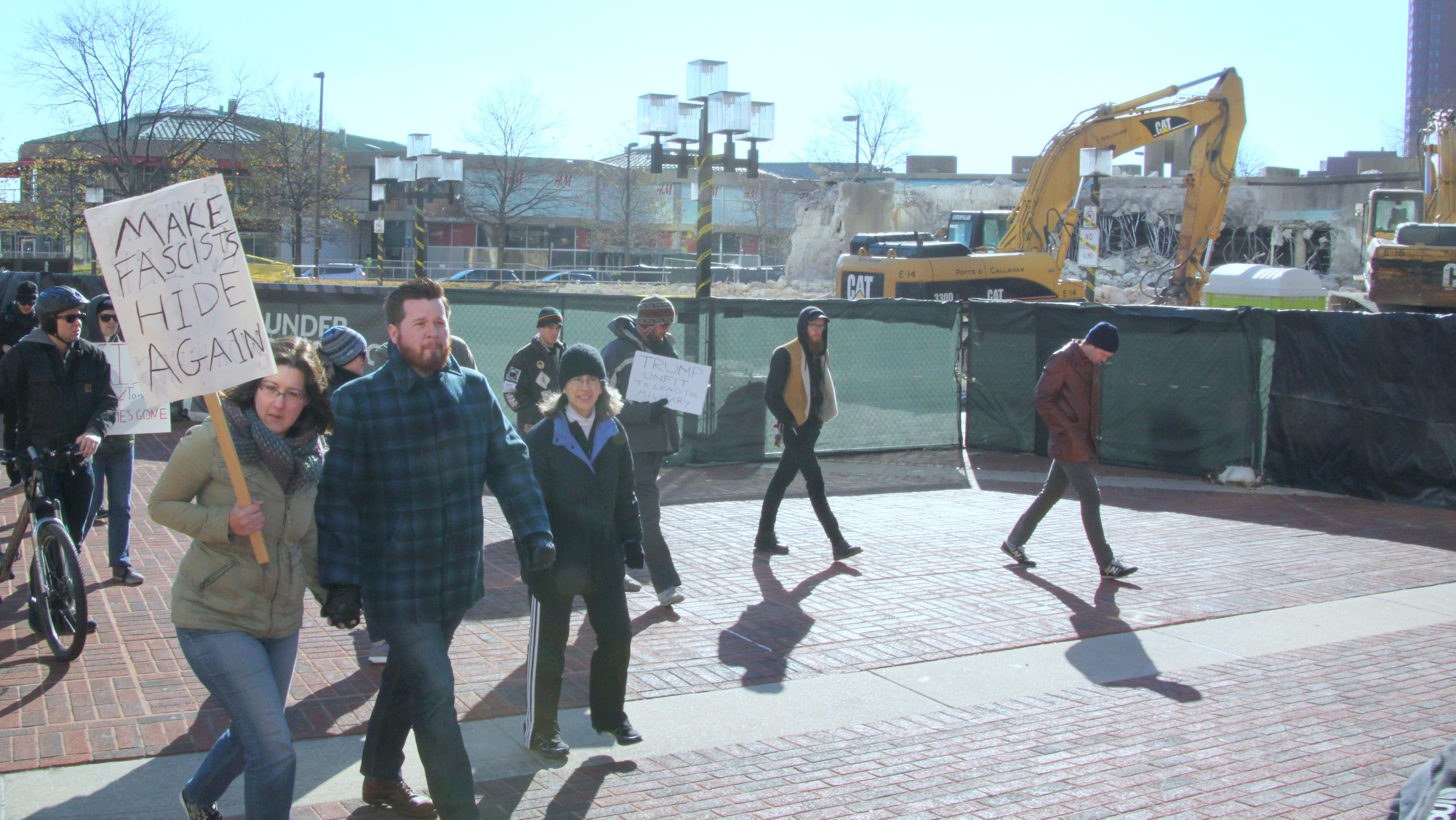 McKeldin Fountain in the midst of demolition. In the foreground, a December demonstration against then-President-elect Donald Trump. (Fern Shen)

“Despite having served on the Public Art Commission (staffed by BOPA) and raising numerous questions during that time, I do not understand why the McKeldin Fountain was demolished,” he said. “My complaint was filed at that time.”

Bitter feelings remain over the process that led to the demolition last year of the 24-year old Brutalist-style concrete fountain at the intersection of Pratt and Light streets. Some applauded the city for taking down what business groups like the Downtown Partnership considered “an eyesore.” Others faulted city leaders and agencies for allowing the iconic landmark to be razed without a thorough public review.

Tracy Baskerville, communication director for BOPA, said the organization has not yet determined which of its meetings must be made public in order to comply.

“We are still reviewing the decision of the Open Meetings Compliance Board to fully understand it scope, then we will have a better idea of how to best make our meeting information public,” she said.

BOPA has an 19-person board of directors, chaired by Tom Crawford, who heads the D.C.-based Mid-Atlantic market division of the bank BBVA Compass. Other members include Jeffrey Pillas and Kimberly Clark of the Baltimore Development Corporation, BOPA executive director William Gilmore, and public relations specialist Sandy Hillman, of Hillman Communications.

Asked how much of the BOPA budget comes from taxpayers dollars, Baskerville sent a pie chart indicating that the projected 2017 revenue from city funds is $3.1 million and from the state $789,000. 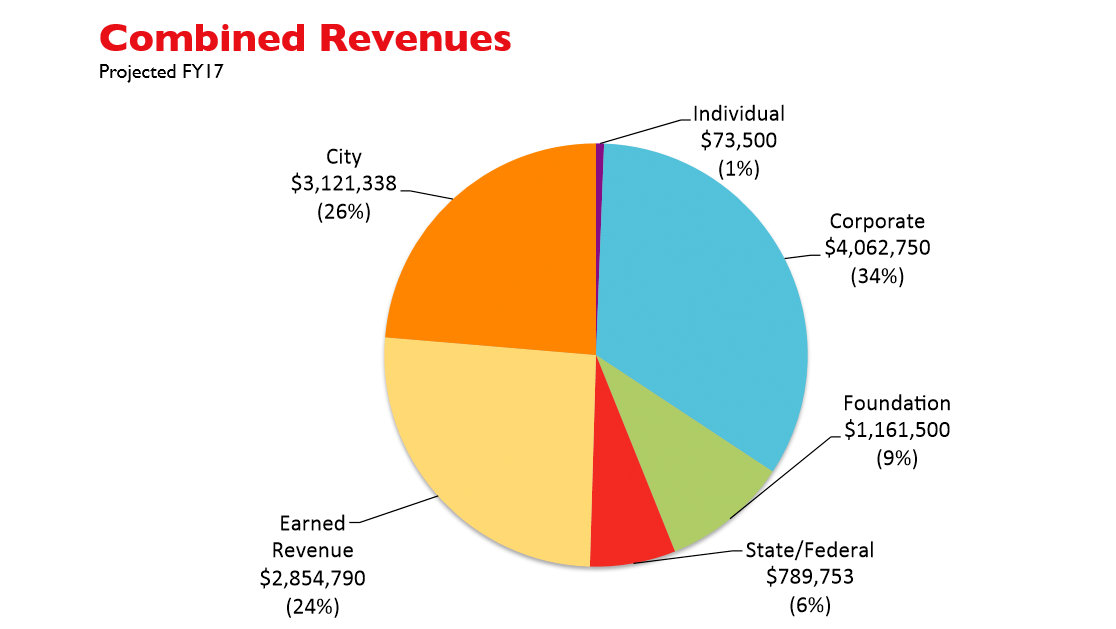 BOPA’s attorney acknowledged that meetings were not open to the public but argued that the agency is not a public body.

In its 10-page decision, written by Jonathan A. Hodgson, the Compliance Board noted that BOPA was created in 2002 as the successor of a mayoral committee and designated a division of the Baltimore Development Corporation.

In 2004, the city “restructured BOPA as a non-profit corporation but kept it under BDC’s control, where BOPA remains,” Hodgson wrote. 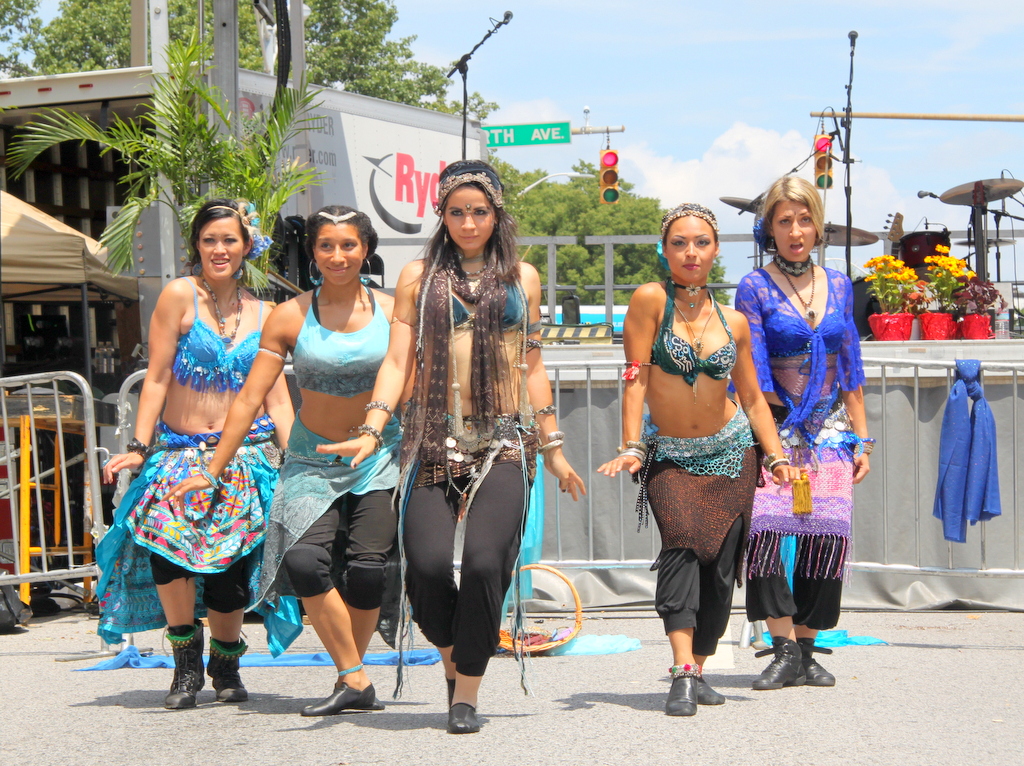 Among “the twists and turns” Hodgson notes in BOPA’s evolution: the BDC did not consider itself a public body until the Court of Appeals ruled otherwise.

For Rountree, what was at stake in the case was not just transparency in the spending of nearly $4 million in public funds.

He pointed to the need for  accountability on matters of cultural importance to city residents.

“The arts are a realm where our lives are enriched by a diversity of expressions and perspectives,” Rountree said. “Communication and discussion are part of that enrichment.”