In East Baltimore, where news of President Trump’s cancellation of the DACA program hit the Latino community hard, about 200 people gathered in a church basement last night to discuss how to oppose it.

“Sí, se puede!” they shouted in unison, the familiar “Yes, we can!” chant from rallies and marches.

The meeting at the Sacred Heart of Jesus Church in Highlandtown was arranged by CASA de Maryland as a way to answer questions and ease the concerns of DACA recipients and the broader  community.

After organizers addressed the crowd, they huddled away from reporters in a back room to talk with a dozen participants about their legal options, paths to citizenship and what to do after the news about the curtailment of DACA.

Created by presidential order in 2012, the program is intended to protect children brought to the U.S. at a young age from deportation and to provide them with work permits.

One of those DACA recipients was Heymi Elvir-Maldonado, a 20-year-old who moved with her family to Baltimore from Honduras when she was eight years-old.

“When I found out about it, I was driving to my second job and I cried for at least five minutes because it scares me and makes me upset that this opportunity was handed to me and now is being taken away,” said Elvir-Maldonado.

After applying to the program twice, when she was 16 and 18, she was finally accepted and has a DACA work permit – that runs out in early 2018.

Losing DACA, Elvir-Maldonado said, would further stall a career path that has already been derailed by lack of funds.

She said she spent one semester at Goucher College but couldn’t afford to continue and since then has been saving up money working two jobs – as a school office assistant and as a restaurant server. 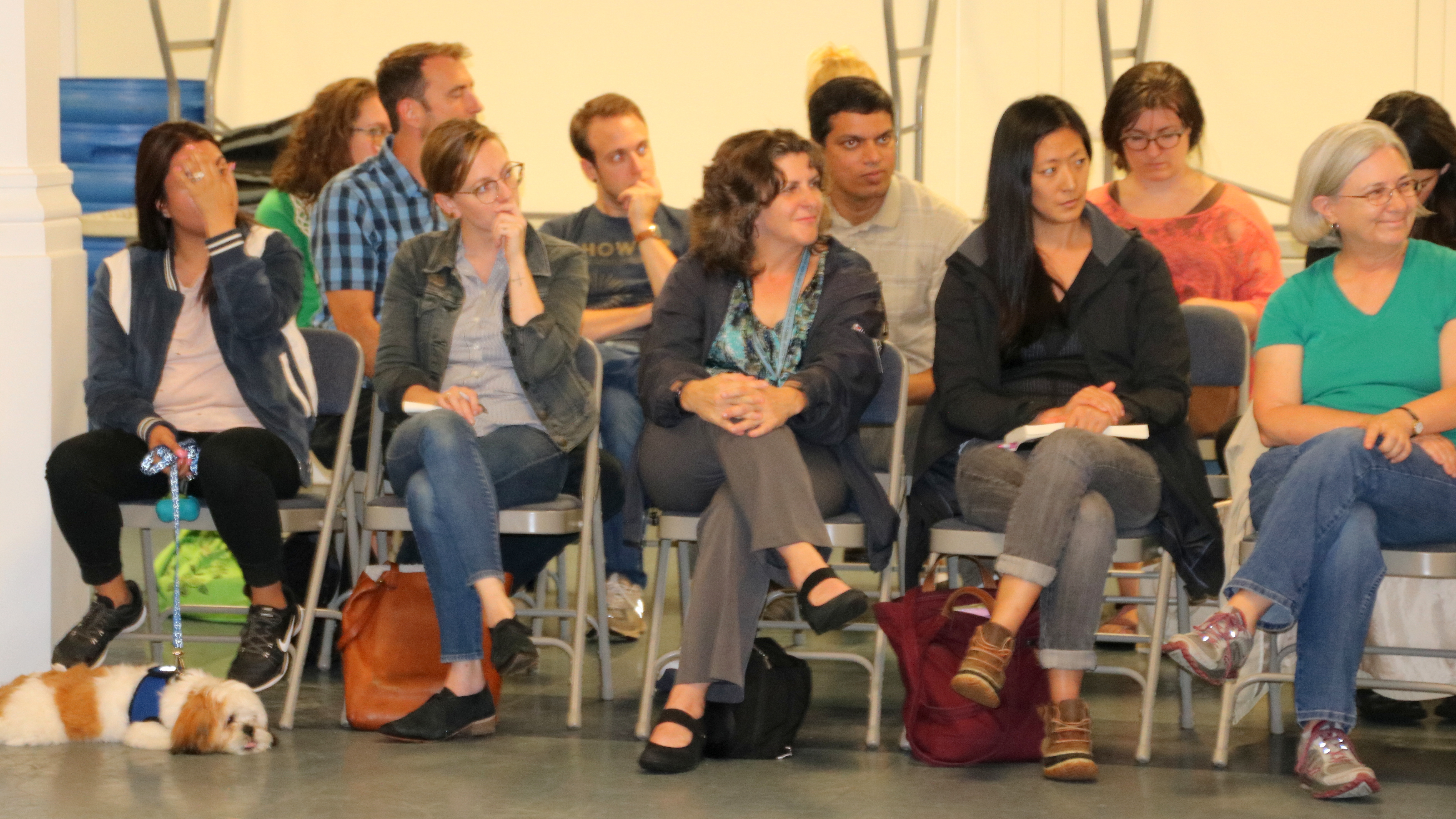 A gathering in Highlandtown to respond to the Trump administration’s cancellation of the DACA program for young immigrants. (Louis Krauss)

Now, she’s facing the prospect of losing her means of survival.

“Not only are you taking my work permit, you’re taking my driver’s license, my job,” she said.

Another concern for Elvir-Maldonado and her sister, who also was awarded DACA status, is whether Department of Homeland Security entity that processes DACA applications will keep its promise not to share information with the Department’s enforcement entity, U.S. Immigration and Customs Enforcement (ICE)

“Back when DACA was first implemented, they made a promise that our information wouldn’t be shared,” she said. “If that changes, obviously they have my information and would know where to find me, which scares me.”

That question came up at an information session at the University of Baltimore, where Assistant Professor Elizabeth Keyes said – at the moment, at least – the Administration says it will continue the policy.

“That was in the FAQs [the Trump Administration] released yesterday,” said Keyes, who supervises the Immigrant Rights Clinic at the John and Francis Angelos Law Center.

Aside from those directly affected by DACA, many who showed up at the rally said they had come simply as allies, wanting to help and not sure how.

Organizers told them that they should call members of Congress to demand that they pass the DREAM Act, federal legislation to qualify alien minors for residency and eventually citizenship.

And they encouraged everyone to attend Monday’s city council meeting to demonstrate support for a resolution calling for Congress to support the Act. 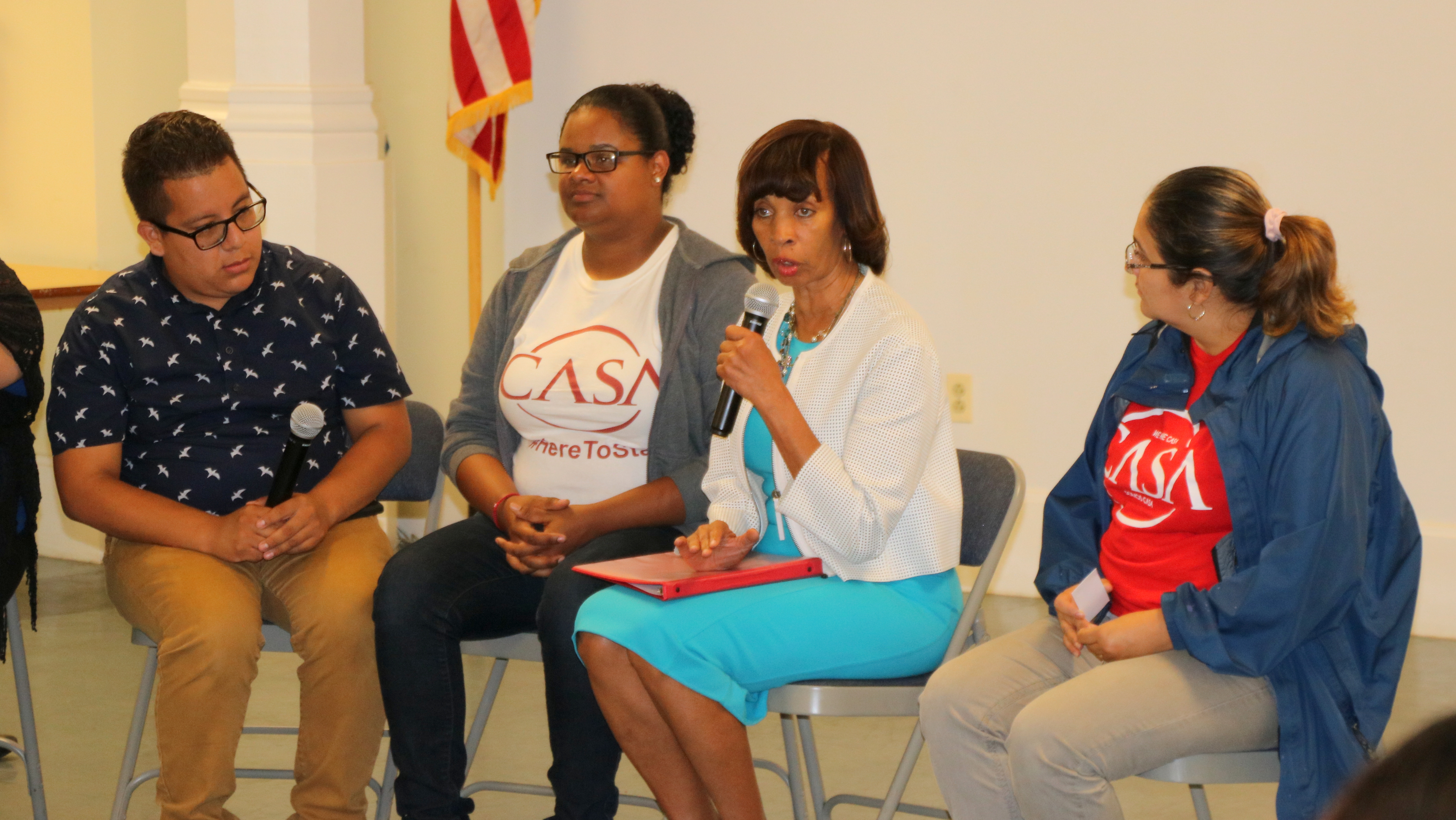 After the meeting had gotten underway, Mayor Catherine Pugh showed up to voice her support for “the dreamers,” as DACA recipients are sometimes called.

“As we said to Congress, this is not the way America is supposed to treat its people. We’re supposed to be for everybody in our country,” said Pugh, adding later that she hopes lawmakers do make the DACA program permanent before Trump’s termination of the program goes into effect in six months.

“Our dreamers have worked hard, ” she said. “These are folks that, if they left our country, we’d really be in a bad economic state. I always say that the government provides two things: services and opportunities. And some of you have worked extremely hard with just a little bit of opportunity.”

In her comments, Pugh said she wanted to make sure the immigrant community felt welcome and that they are part of the city, despite the Trump administration’s actions.

“We talk about a nation of equal opportunity, inclusiveness, diversity,” she said. “I always say it’s like a great soup, the more it takes, the better it tastes.”