Sometimes it takes a hard-nosed railroadman, with a suggestive name, to pierce the transportation daydreaming that has lately engulfed Gov. Larry Hogan.

In rapid succession, Maryland’s governor has become enamored with a magnetic levitation, or maglev, line linking Baltimore and Washington as well as Elon Musk’s hypothetical “Hyperloop” train running in a vacuum tube at speeds of 760 mph. He’s gone so far as to give Musk’s Boring Company rights for a test tunnel along a stretch of BWI Parkway.

In the context of such far-fetched schemes, Hunter Harrison brought an air of reality to Annapolis this week.

The recently named CEO of CSX Transportation told Hogan that his railroad has decided to forego its share of a $425 million plan to enlarge the Howard Street Tunnel because the project “no longer justifies the level of investment required from CSX.”

His rejection has led to locomotive whistles of indignation from an array of officials who proclaim that the tunnel project – like the unproven Hyperloop and mega-costly maglev – will bring employment and prosperity to the state.

Among those caterwauling the loudest about Harrison’s “troubling” decision are Maryland Transportation Secretary Pete K. Rahn, the Maryland Congressional delegation, the chair of the Maryland Democratic Party and Baltimore Mayor Catherine Pugh (who was busy on Wednesday hawking the $10 billion D.C.-Baltimore maglev at the B&O Railroad Museum).

All these folks know – or should know – better.

Substitute for the Red Line

The Howard Street project was a long shot from the get-go, a nice-sounding venture with serious engineering challenges given the age of the tunnel and the buried infrastructure of water pipes, sewer mains and electrical conduits around it.

In the wake of Hogan’s 2015 rejection of Baltimore’s Red Line, he and Rahn began promoting the tunnel as a “transformative project.”

There were high hopes that the project could actually go forward, boosting activity at the Port of Baltimore and creating badly needed jobs for the region.

If only the promises were matched by money.

The problem was pretty simple: the project required a big chunk of nationwide FASTLANE infrastructure money to be sunk into a single mile of antiquated tunnel in Baltimore.

In July 2016, the U.S. Department of Transportation rejected the State of Maryland’s request for $155 million in FASTLANE funds.

Down the Same Track

Belief that a virtually identical proposal would somehow win approval this year was just as far-fetched, but that didn’t stop Hogan and Rahn from resubmitting the bid to U.S. DOT.

As The Brew noted last January, FASTLANE rules caution against re-applying unless there is “new or revised information in the application.” Maryland was also asking for three times more money than had been awarded to any previous winner.

There were high hopes that the tunnel project could actually go forward, boosting activity at the port and creating badly needed jobs. If only that were so.

As it turned out, the Trump administration was unable to handle this year’s avalanche of FASTLANE applications.

The Howard Street Tunnel proposal was about to be rolled into DOT’s 2018 applicant pool when Harrison pulled the plug on Tuesday.

In response, Rahn complained that CSX had committed to the project “as late as last December.” His statement indicates that state transportation officials had failed to conduct any due diligence about CSX’s corporate thinking after Harrison became CEO last March and began instituting widely publicized changes at the railroad. 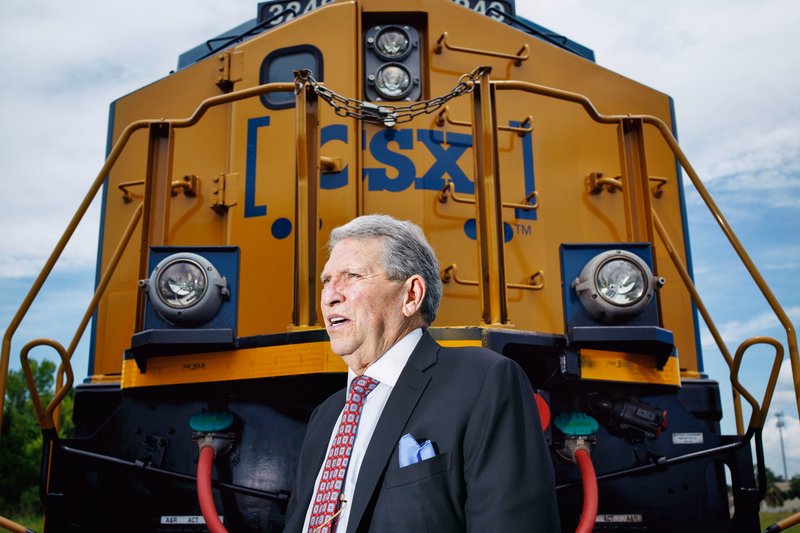 There was another factor that weighed against federal funding of the Howard Street tunnel.

Hogan and Rahn threw their support behind a competing project sought by Sagamore Development, the private real estate arm of Under Armour CEO Kevin Plank.

Plank sought FASTLANE funds to reconfigure the ramps connecting I-95 to his Port Covington project.

In 2016, this plan was summarily rejected by DOT. The Rawlings-Blake administration responded to the turndown by allocating more TIF tax incentive funds to underwrite the project.

It upped its TIF commitment to the ramps rebuild from $43 million to $66.4 million. At the same time, newly-installed Mayor Pugh hand-delivered a letter to president-elect Trump urging him to back both the Port Covington and Howard Street proposals.

Once again, Rahn’s shop bent the rules for funding. FASTLANE guidelines call for joint private-public funding, but Sagamore Development would commit only $5 million to a project estimated to cost $183 million.

In other words, the Hogan administration, with Mayor Pugh’s support, went to Washington asking for help in a public-private partnership whose private partner offered to pay just 3%. 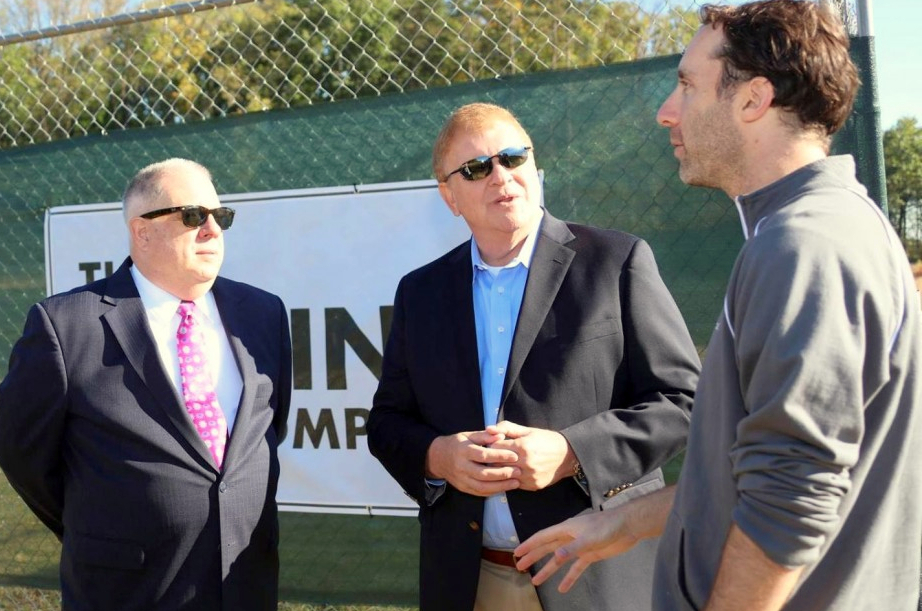 Stuck in a Political Tunnel?

Given the generous way the governor has treated Sagamore, Hunter Harrison is within his rights to insist that CSX needn’t pay anything, or not much of anything, for any future tunnel improvements.

After all, it’s his property, and the government can build its own tunnel if it wants to reach the port – something it should have done 35 years ago when it built the Fort McHenry tunnels for I-95.

Maybe that was what Gov. Hogan was hinting at – a free ride for CSX – when he told reporters yesterday that he was exploring other ways to enlarge the Howard Street Tunnel.

“We’re going to go back to the drawing board. It’s a worthwhile project and we’ll be pursuing it from every direction.”

Despite the brave talk, Hunter Harrison is the man in the locomotive seat, and Gov. Hogan is faced with few infrastructure accomplishments, other than Buck Rogers dreams, to wave at voters as he seeks reelection next November.