“We want to show what our focus is on,” said Freishtat, speaking at Mayor Catherine Pugh’s weekly press availability. “Not the liability, but what we’re going to do about it.”

Nomenclature for these areas is changing across the country, with some cities opting for the more frank, though more pejorative, term: “food swamps.”

By any name, these places, where supermarkets are few, access to transportation is limited and junky fast food prevails, have long been viewed as public health and equity trouble spots.

In Baltimore, 146,077 people, representing 23.5% of its citizens, live in one of these “priority” areas, Freishtat said, noting some progress recently.

“Our numbers have gone down. They were 25%. They’re now 23.5%,” she said, attributing the change to a new supermarket, a Sav-A-Lot, on Monument Street.

Disparities by Race and Place

The presentation came with the release of Baltimore City’s Food Environment 2018 Report, a collaboration of the city Planning Department and the Johns Hopkins Center for a Livable Future.

The report detailed the four factors necessary for designation as a priority area:

Lack of food availability, median household income at or below 185% of the federal poverty level, over 30% of households without a vehicle available and the distance to a supermarket more than a quarter of a mile.

Among the report’s findings are stark racial disparities.

For example, the percentage of black residents living in one of these high-food-need areas was more than triple that of white residents.

The study found 31% of African-American residents living in a healthy food priority area, vs. 8.9% of white residents. 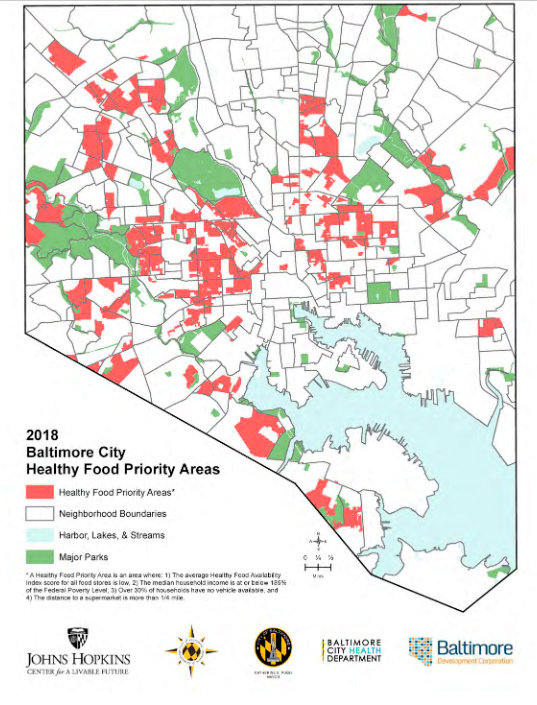 The report also analyzes the level of need by councilmanic district. Nearly 60% of the 9th District, in west and southwest Baltimore, was in a priority area.

South Baltimore’s 10th District had the second highest percentage of residents in priority areas. (There is detailed information on each district. Here, for example, is the 9th.)

Dragging Bags on the Bus

Much of the report is a survey of existing food resources, noting, for instance, that there are 47 supermarkets in the city and over 700 corner and convenience stores.

There’s also a reference to accomplishments since the last one of these reports was written in 2015. The introduction of a new personal property tax credit resulted in that new Sav-A-Lot, officials said.

Some other new developments that were mentioned today were “food need” briefing books by councilmanic and legislative districts and the development of a geographically diverse network of “resident equity advisers.” 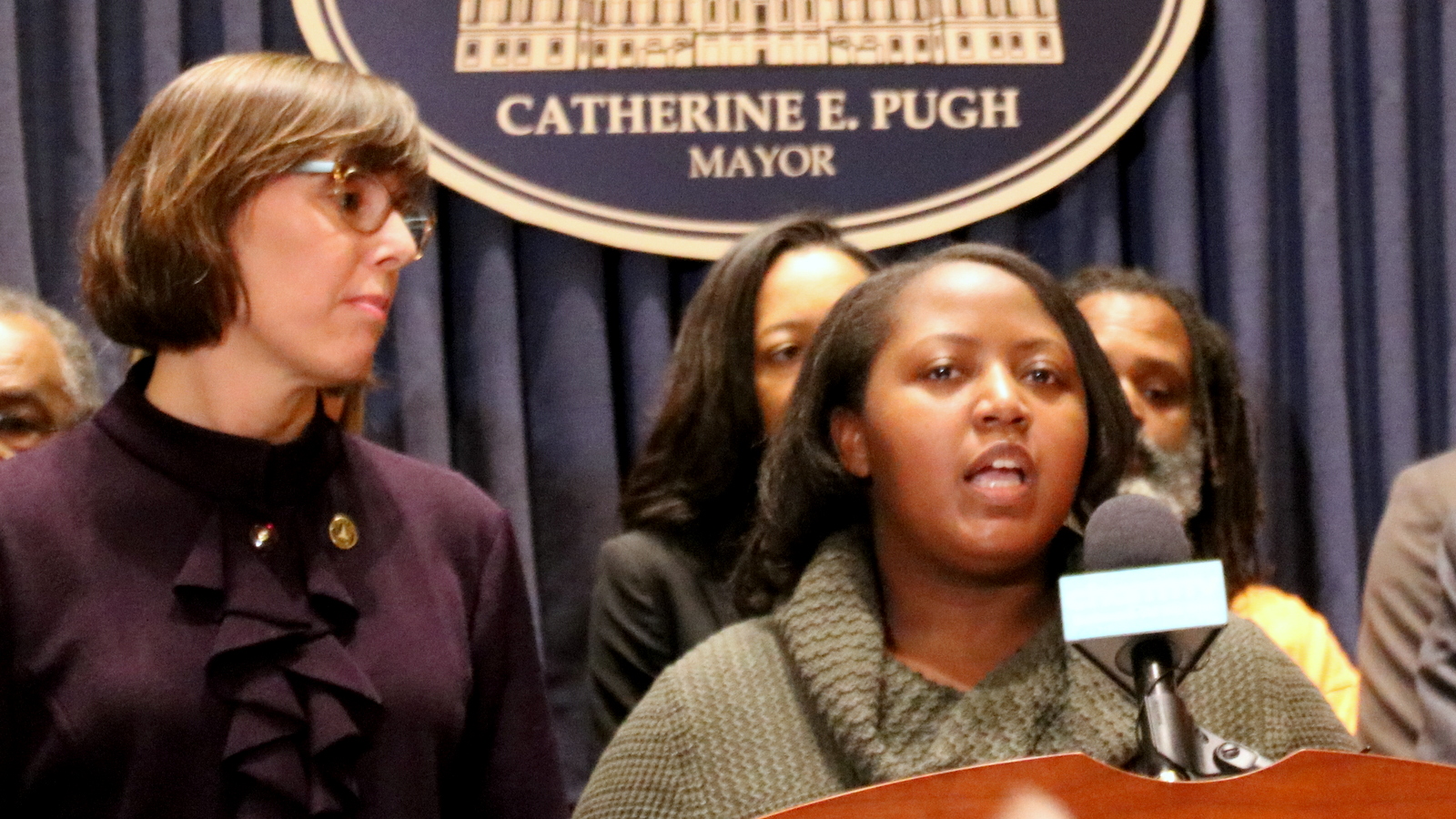 One of those equity advisors, 7th District resident Sheena Ham, explained how going to the supermarket by bus or catching a taxi to get groceries was already a challenge.

“Then my household dynamic changed. Our dietary requirements became more complicated,” she said. “I realized it was really difficult to get the things I needed just because of where I was living.”

“I felt like I shouldn’t have to drag bags and bags of groceries on the bus. It wasn’t fair,” she said, noting that her elderly and disabled neighbors faced the same problem.

Ham said that becoming a resident adviser to the program was gratifying, but she also understood that “of course, nothing changes overnight.”

“Now I understand the process,” she explained, “I’m excited to see what comes of it.”