Late afternoon banter in the file room at Baltimore’s Mitchell Courthouse turned to whoops of joy from staffers today, as word spread that the building was being evacuated due to a water main break.

“Shut everything down – we got a water main break!” a woman announced to co-workers at about 3:40 p.m. Employees gathered their things and headed for the door.

Outside the building, at Fayette and St. Paul streets, water was flowing from an open hydrant and pooling in the street.

Workers from Spiniello Companies, Baltimore’s primary emergency sewer and water contractor, hauled equipment to a deep hole that had just been dug in the street.

The city had known about the break “for a while,” said Jeffrey Raymond, spokesman for the Department of Public Works, explaining that it is centered at 6 St. Paul Street, the William Donald Schaefer Tower, that houses state offices.

“We were trying to hold off, but we realized we needed to shut [water service] down because the break was getting too big,” Raymond said. “We did it this afternoon because we realized it was becoming a danger and we wanted to make sure the situation doesn’t get worse.”

“It reached a couple of blocks east,” he said. (No word on whether City Hall was affected.)

If workers can make repairs in time, the Courthouse and other buildings in the multi-block affected area should have their water service restored by tomorrow, Raymond said.

Raymond said crews are continuing to work on the breaks – and still have 36 to repair. 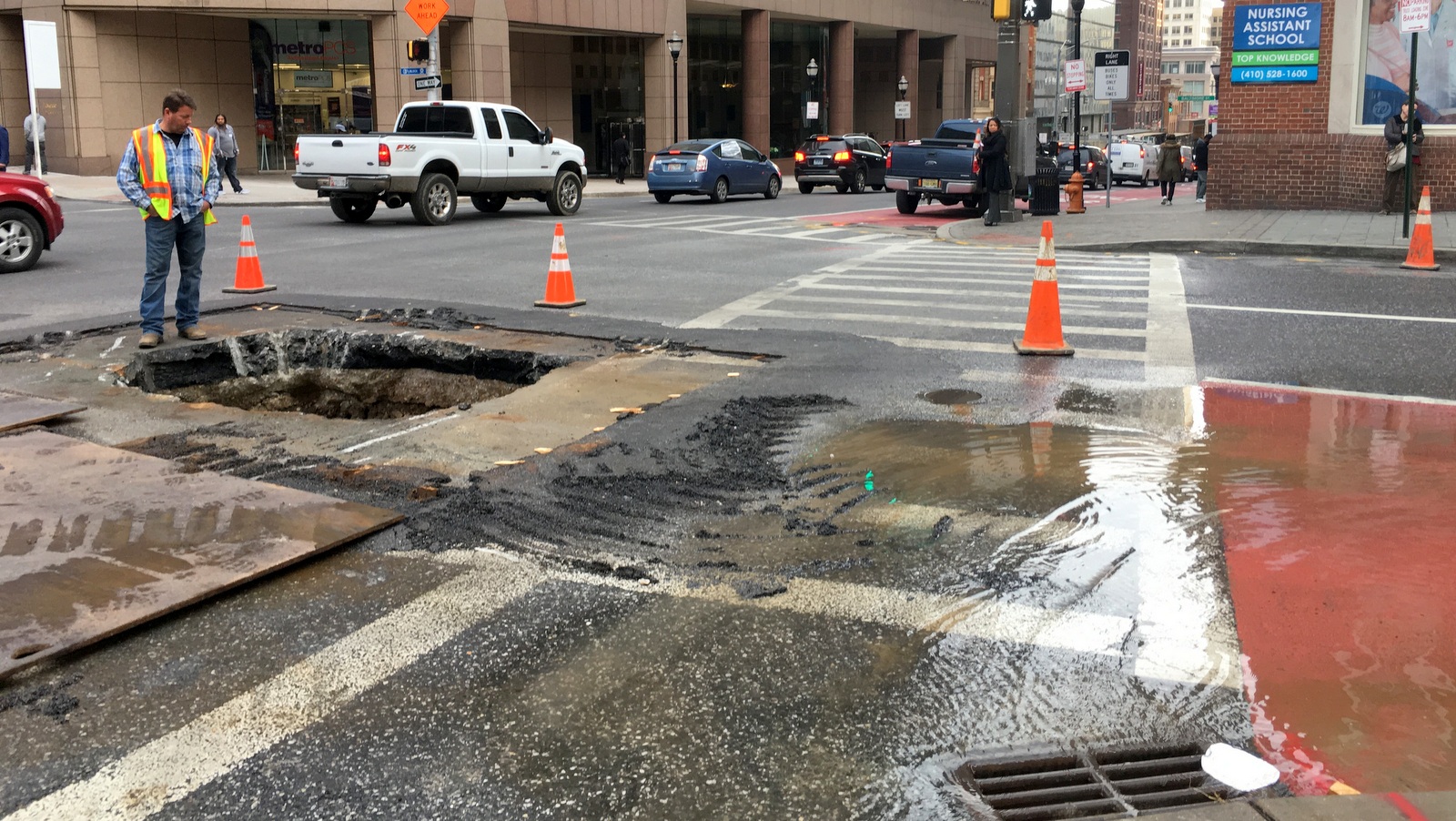 Workers opened up a hole on Fayette Street today to work on a break said to be centered south of there, at 6 St. Paul Street. (Fern Shen)