At the confirmation hearing for Baltimore’s acting police commissioner, Darryl De Sousa, it was almost as if the two groups – City Council members and members of the public – were in separate universes.

What would he do to root out “the bad guys with badges?” What about training and recruitment? How about performance audits?

Mayor Catherine Pugh’s pick to take over the scandal-plagued agency fielded these polite queries with ease, offering everything from his new Anti-Corruption Unit to his idea to bring back the “Officer Friendly” program.

But when regular citizens – many deeply angry and skeptical – came to the microphone, they were not permitted by the committee to ask the 30-year veteran anything. All their questions were, of necessity, rhetorical.

“Where was he on July 18, 2013 when my brother Tyrone West was executed?” asked Tawanda Jones, West’s sister, who has been seeking justice since the 44-year-old’s death after what his family says was a brutal beating by police during a Northeast Baltimore traffic stop.

(Jones took her name off the family’s police misconduct suit, which the city settled for $1 million, rather than be silenced about the case. De Sousa has deep roots in the Northeastern District, where he was made commanding officer in 2011.)

About the Men De Sousa Shot

Other questions were shouted from the balcony:

What about Freddie Gray? (The 25-year-old from West Baltimore whose in-custody death sparked the 2015 Uprising.)

What about Suiter? (A reference to Baltimore Detective Sean Suiter’s still unsolved fatal shooting in November, the day before he was to testify in the federal police corruption probe.) 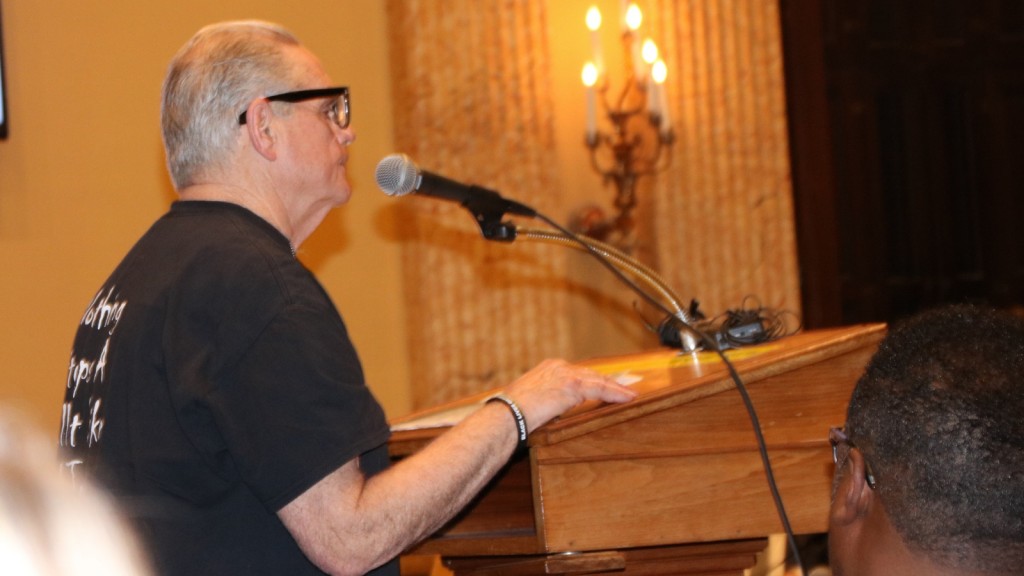 No one on the Council picked up on the those questions or the gripping testimony of Brendan Walsh, longtime city activist and founder of the West Baltimore soup kitchen, Viva House.

“Darryl De Sousa put 13 bullets in his body. I have the autopsy report, and it says that the cause of death was homicide,” Walsh said, reading from the document to the packed chamber.

“Those 13 bullets – three of them were in the back,” Walsh continued. “I got to that spot two minutes after the shooting. And the people’s witness said that Scooter did not fire a shot. They didn’t even think he had a gun.”

Noting that De Sousa and another officer later that year also shot and killed an escaped felon and a bystander “in broad daylight near a library,” Walsh asked what kind of policing was this?

De Sousa was cleared in both shootings, the Pugh Administration has pointed out.

Later, Jones and other activists positioned themselves outside City Hall with a sound system and their chant could be heard in Council chambers:

“The whole damn system is guilty as hell!”

Restoring trust in the BPD was indisputably the issue at hand following a string of scandals for the agency.

The committee, to no one’s surprise, opted to place its trust in De Sousa, voting 5-0 to confirm the 53-year-old.

Others were eager to do likewise, including Northeast Baltimore community leaders like Mark Washington, activists like Kim Trueheart and Kinji Scott, defense attorney J. Wyndal Gordon and a large contingent from the faith and community group BUILD.

“The problem is a culture of corruption and abuse,” BUILD co-chair Andrew Foster Connors intoned, before going on to support De Sousa. “As a city, we need our new commissioner to succeed.” 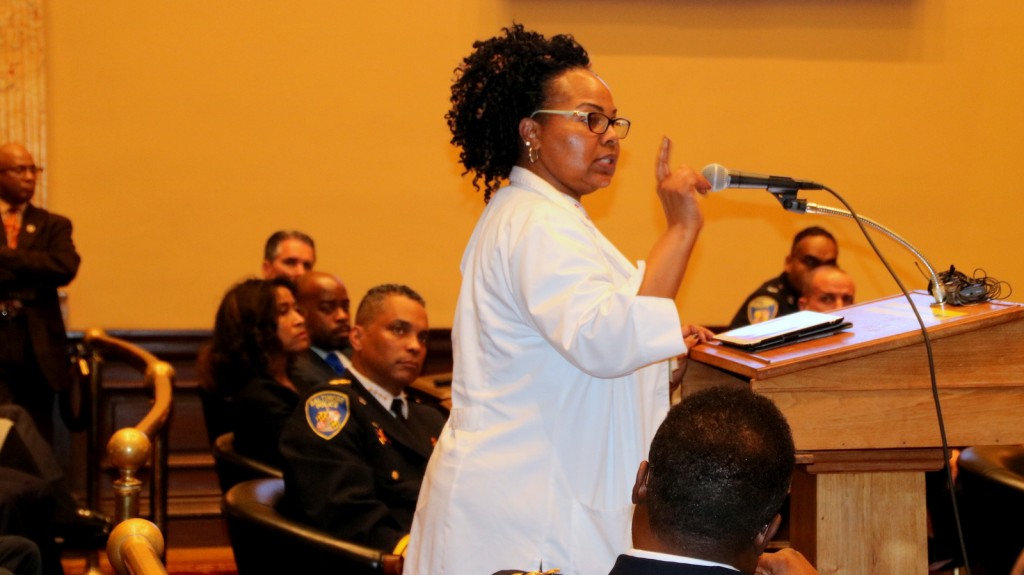 Of the actions of the disgraced GTTF members, De Sousa said he was sorry. “I would sincerely like to apologize for what they did to Baltimore, and I promise that this will not happen again.”

Asked by Councilman Zeke Cohen about his use of the term a few “bad apples” to describe the level of corruption at BPD, De Sousa said he regretted the dismissive expression.

Asked if there are corrupt officers in the department, he said, yes, and noted that the files of the 12 additional officers implicated during the GTTF trial were in his office.

“I can say right now that one of them, their police powers have been suspended,” he said.

There was barely a mention of the skyrocketing police overtime spending Baltimore Brew recently documented. Stories illustrated how some officers, while making few arrests, are out-earning the mayor, receiving $100,000 or more in overtime alone.

The problem will be addressed by the Overtime Fraud unit he is forming, De Sousa said.

Overall, he vowed, police corruption in Baltimore, he said, “is a trend that must be reversed, and I am confident that over time and with sustained effort it will be.”

Some were not buying it.

“Be assured, I’m working on these processes,” De Sousa declared at one point, discussing random fingerprinting, integrity tests and other anti-corruption measures.

“We’re not assured,” Lawrence Brown, an assistant professor at Morgan State University, shot back from the crowd.

Measures that De Sousa offered as reassuring, such as new software that would use algorithms to tell police where crimes were most likely to be committed, struck many as high-tech profiling.

“The algorithms are racist,” Brown called out.

Perhaps the most blistering voice of skepticism came from activist Shaivaughn Crawley, who called the hearing “a dog and pony show.”

Real change would mean nothing less than “dismantling [the agency] and starting over from scratch,” he said, to applause and cheers.

“You can’t pick and choose apples in such a nasty system,” he said. “There is no good and bad apple on the same tree. You’ve got to tear the tree down.”