If I put my recyclables out today, how long until they are picked up?

If you’re a recycling-minded Baltimore resident who ponders such questions – and if you have a smart phone – you may be interested in the app being unveiled by the city on Monday:

Launched three years ago by Toronto-based Municipal Media, the app gives users information on what can and can’t be recycled, sends weekly prompts about recycling and trash collection and provides reminders about changes in the holiday schedule.

“For Baltimore, this platform will bring increased simplicity to the city’s single-stream recycling program.” said Rudy Chow, director of the Department of Public Works, in a news release.

DPW is holding a kick-off for the app at a pop-up recycle bin sale on Monday in the lobby of the Abel Wolman Municipal Building, 200 Holliday Street (12-3 pm).

The app is made available at no charge to the city, according to DPW spokesman Jeffrey Raymond. More than 3,000 municipalities in the U.S. and abroad use it to send collection schedules, notifications and reminders to their customers.

Going up in Smoke

It remains to be seen whether Recycle Coach will increase the amount of waste that is recycled in Baltimore or if it will cut down on the amount that winds up in the city’s Wheelabrator Baltimore incinerator.

That’s what happens to non-recyclable trash that workers cull out lest it contaminate the end product – the culled-out material gets burned.

A more comprehensive approach, environmental advocates argue, is for the city to consider moving away from single-stream recycling to a system that separates out compostable waste and glass and embraces a “zero waste” goal.

Their push in Annapolis this session – for an end to public subsidies for trash incineration in the state’s Renewable Portfolio Standard – is part of that approach.

In the meantime, recycling the correct stuff is one way to cut down on what goes to the incinerator, the city’s largest source of industrial pollution.

And if the app isn’t your cup of tea, then go to the DPW website.

WHAT YOU CAN RECYCLE IN BALTIMORE CITY 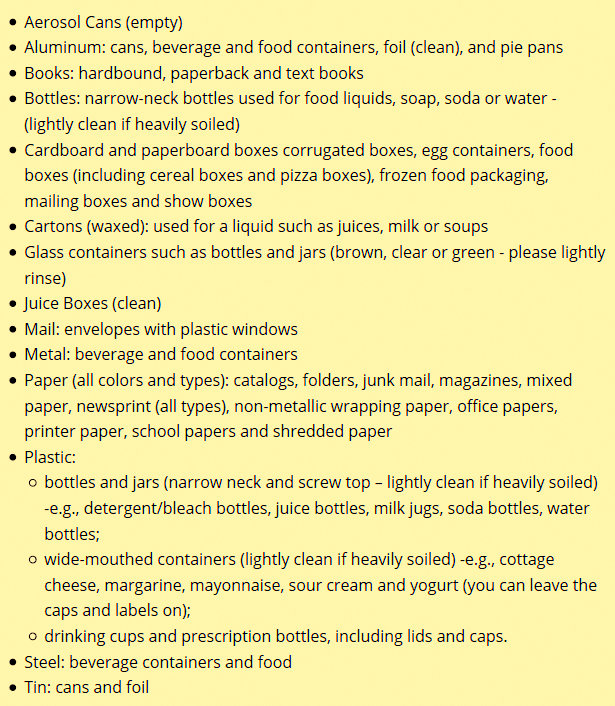 WHAT YOU CANNOT RECYCLE IN BALTIMORE CITY 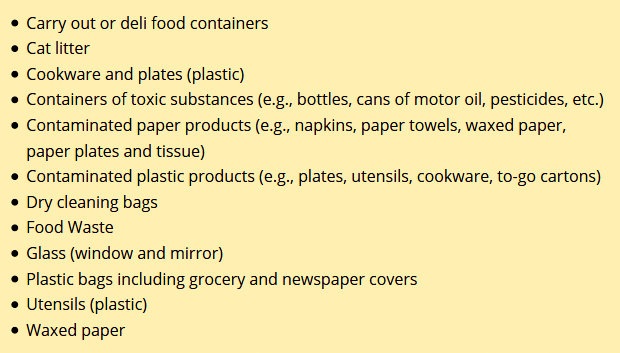 * Regarding the two questions above, wax-covered take-out food containers and plastic dry cleaning bags, the answers are: No and No.