For the boy and his father, it was an unexpectedly dramatic “Take Your Child to Work Day.”

They watched as agents from the FBI and the IRS swarmed outside Mayor Catherine Pugh’s house, scurrying inside with empty evidence boxes one minute and staggering out with full boxes the next.

Some of the agents shot photographs of Pugh’s three-story colonial. Others just stared up at the white clapboard house and scribbled notes. Lawyers for Pugh breezed in and out. 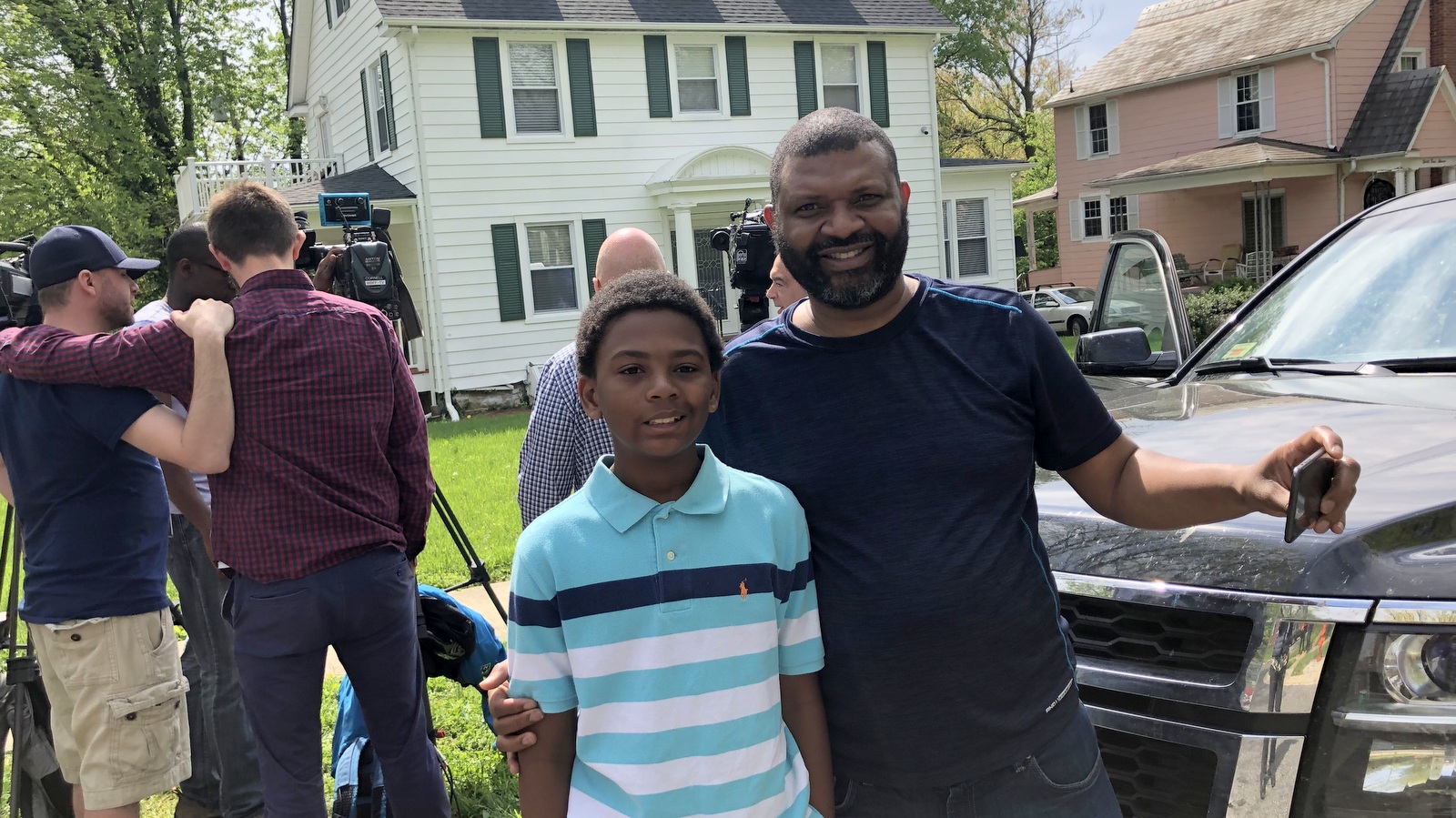 This father and son had a very special Take Your Child to Work Day, checking out the scene as federal agents raided Mayor Catherine Pugh’s house. (Fern Shen)

Mingling with the assembled media, some passersby watched quietly. Others called out remarks (“I’d like to see her in those silver bracelets!” said one) or just drove slowly by, gawking.

“It’s really amazing. This is is actually historic,” said the father, who works for a local television station, swiveling to catch the scene on his phone before they headed off to the orthodontist’s office.

“These guys are all over the city. They’re looking for evidence. There could be arrests.” 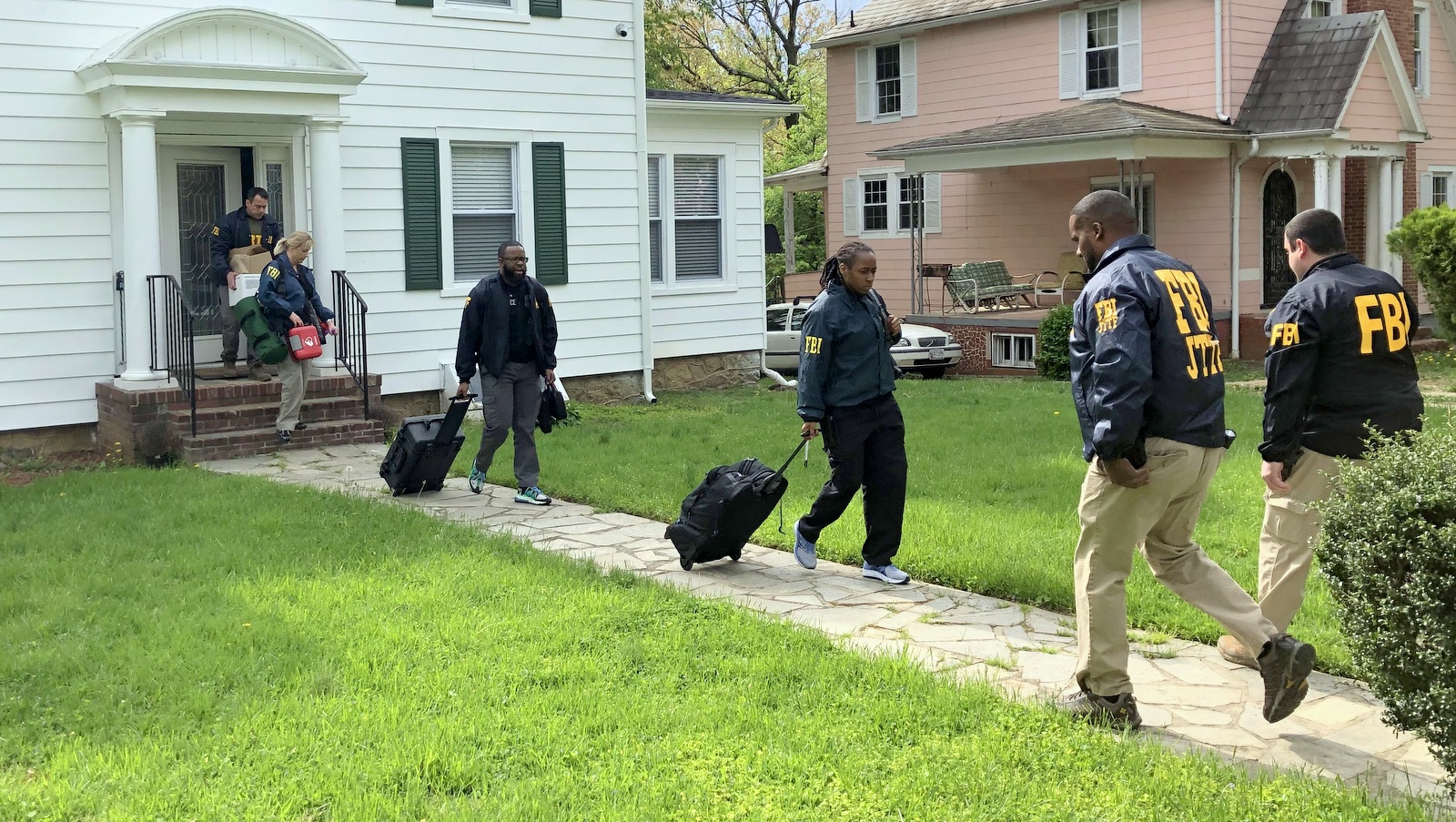 Indeed, it was a scene playing out across Baltimore as the Federal Bureau of Investigation and the Internal Revenue Service raided a number of city addresses this morning, focusing ostensibly on Pugh, who has been on leave amid a corruption investigation by the Maryland State Prosecutor.

They agents went to:

• City Hall, where sources say they worked primarily on the 2nd floor, the mayor’s domain, examining documents in Pugh’s office and those of several aides.

• Pugh’s other house on nearby Dennlyn Road, which was cordoned off with yellow “Crime Scene” tape.

• The law offices of Silverman Thompson Slutkin & White in downtown Baltimore, where the agents “served a limited subpoena,” according to a statement released by Pugh’s lawyer Steven Silverman.

Brown is Pugh’s former Annapolis legislative aide who was indicted in 2017 for using the names of family members to funnel $18,000 worth of contributions to Pugh’s mayoral campaign.

Brown pleaded guilty to two state election law violations. He was given one year of supervised probation while keeping his job at City Hall. 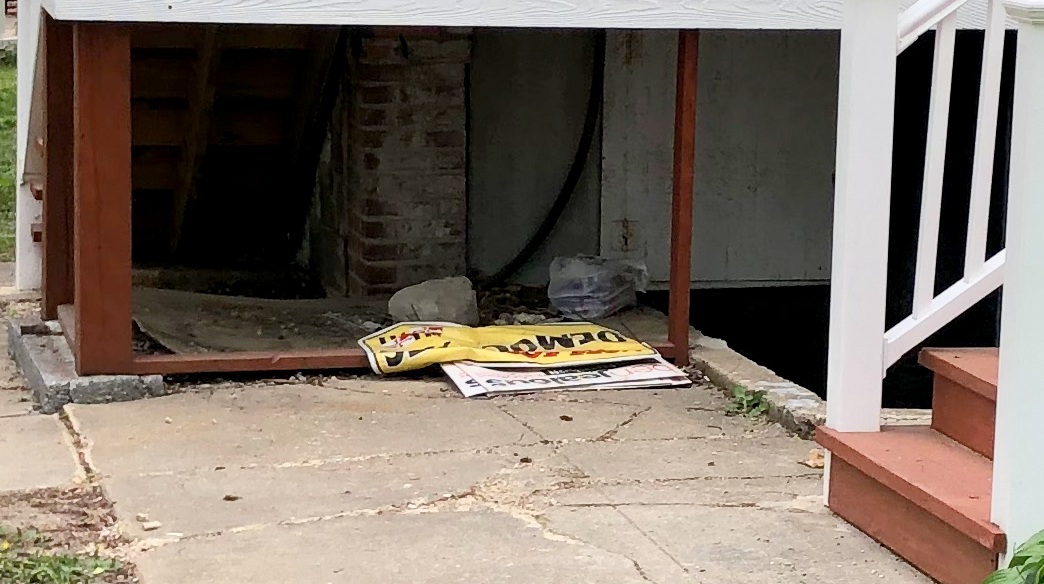 Old campaign signs on the ground in the backyard, as federal agents raid the home of of Baltimore Mayor Catherine Pugh. (Fern Shen) 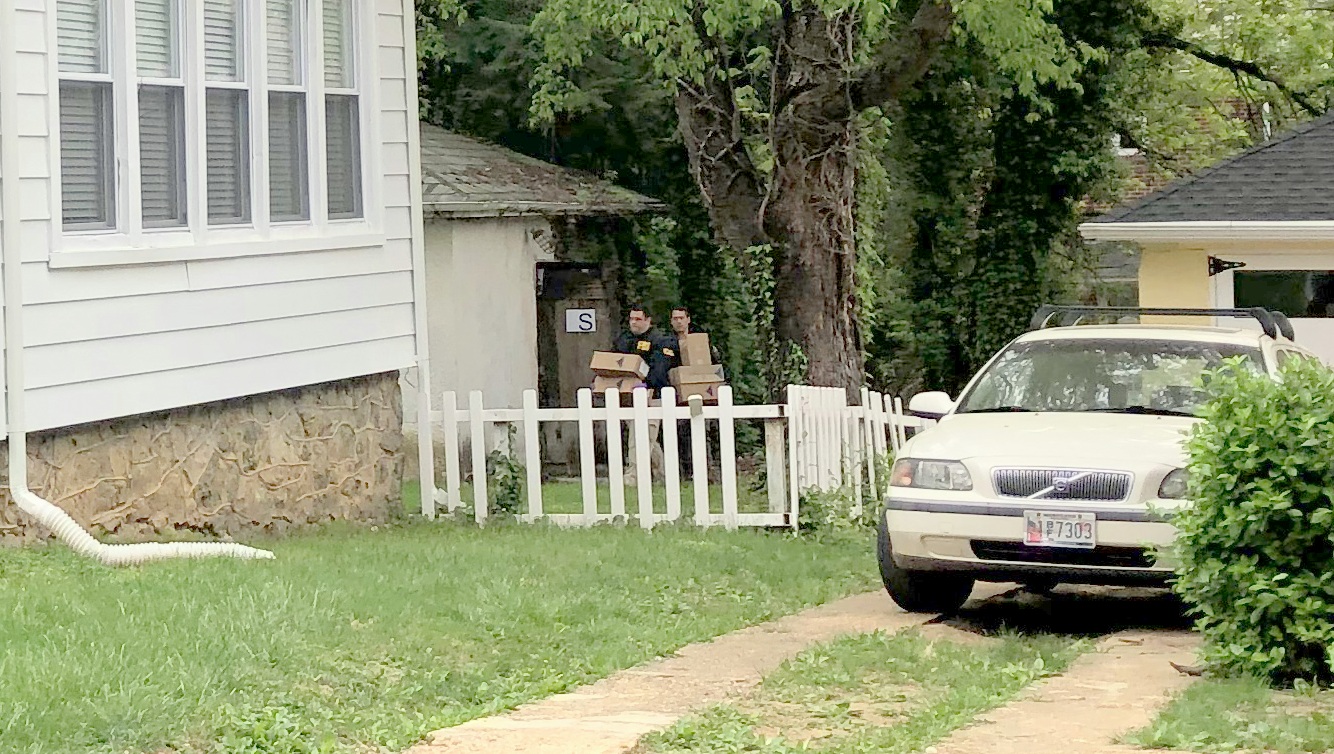 Also under scrutiny as part of the investigation is the University of Maryland Medical System.

Pugh sold (while failing to report on ethics forms) $500,000 worth of her self-published Healthy Holly children’s books to UMMS at a time when she held sway over key legislation representing millions of dollars for the hospital network. She also sat on UMMS’s board of directors. 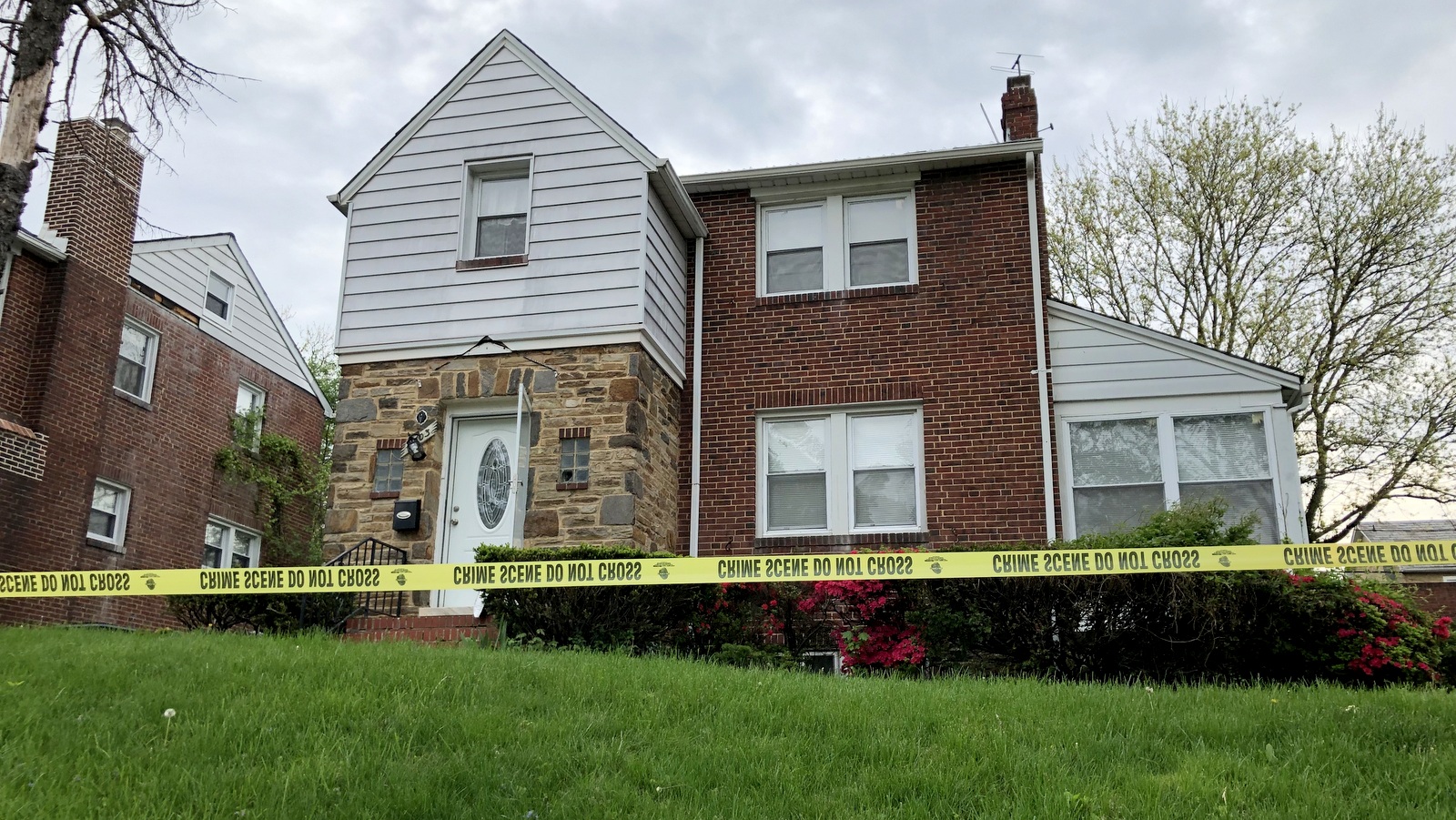 Crime scene tape clocks off Pugh’s Dennlyn Road house where she lived before buying a house on nearby Ellamont Road. (Fern Shen)

With Gov. Larry Hogan today calling for Pugh to resign and several City Council members reiterating their call for her to step down, Silverman, her lawyer, declined to say whether he has advised her to do so.

“All I do is give her options,” Silverman said in an interview with WBAL-TV outside Pugh’s house.

He said he had planned to talk to her about the subject of resignation “before today’s events unfolded.”

“I hope to address that shortly,” he added. 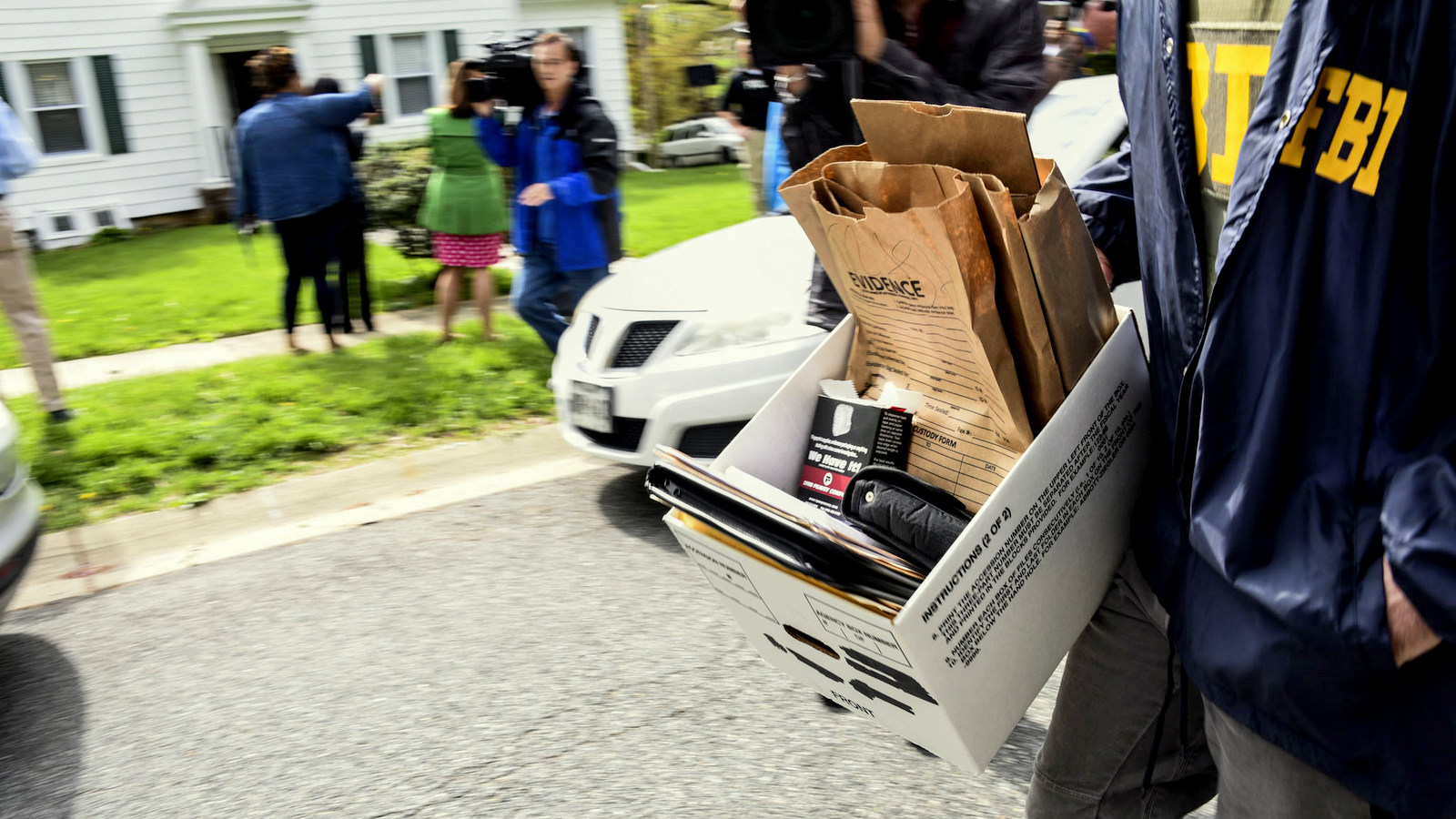 Silverman objected to the characterization of the FBI visit to his law office today as a “raid” and said he turned over financial documents about Healthy Holly LLC that he had obtained and sequestered as part of his own investigation of the book sales.

They were “records from her accountant and from the mayor,” Silverman said.

Asked about a rumor that the FBI removed shredders from City Hall and that the mayor had ordered the destruction of documents, Silverman said “absolutely not.”

“As far as that was reported to me, that was a complete misunderstanding of what was going on at City Hall,” Silverman said.

“The mayor has not obstructed justice,” he continued. “Nobody that works for her to my knowledge has been told to obstruct justice or shred documents.”