The event was closed to the public and open to longtime friends of the mayor’s.

It attracted hundreds of supporters, ranging from minority contractors and City Hall allies to members of the State Democratic Central Committee and corner merchants and liquor store owners.

• Mayor Young’s “party” on Saturday was a campaign fundraiser, a flyer obtained by The Brew shows. 9/10/19

Gaining the mayor’s job last May when Catherine Pugh resigned amid the Healthy Holly scandal, Young publicly swore off any ambition to remain mayor after he filled out Pugh’s term.

He said he would instead seek, in 2020, the job he formerly held as president of the City Council.

Those calculation changed in the following weeks.

Jolted by Brandon M. Scott’s “coup” in becoming president of the City Council – defeating his choice of Sharon Green Middleton – Young began talking to financial backers about running as mayor in 2020.

After The Brew published a story about his aims, Young said he had the right to change his mind and was keeping “all options open,” including running for mayor. 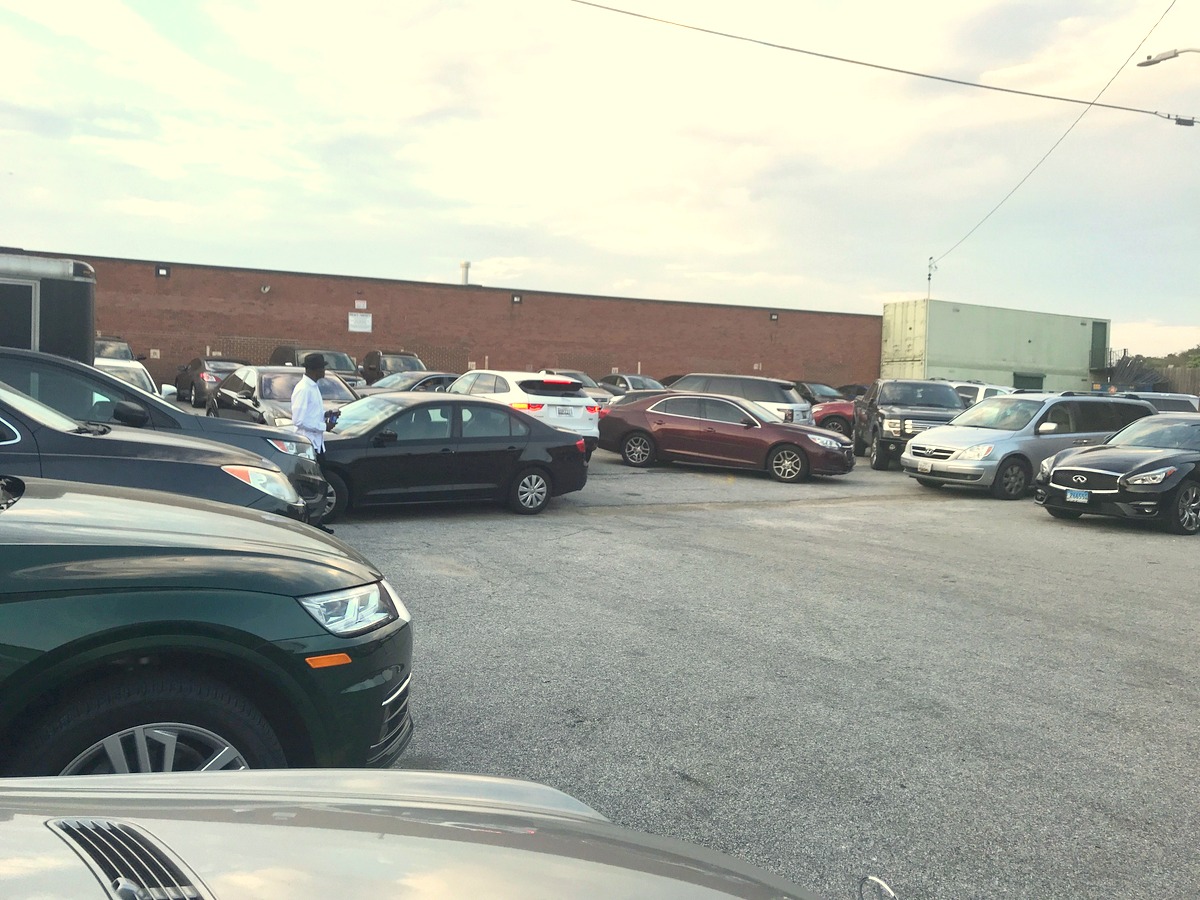 By evening, the lot at Tiffany East was packed with attendees. (Mark Reutter)

Going into the 2020 election cycle, Young has by far the largest campaign war chest.

That’s four times more than the last reported balance of $143,039 by Scott’s committee. Like Young, Scott has been holding small dinners with selective donors in recent weeks. 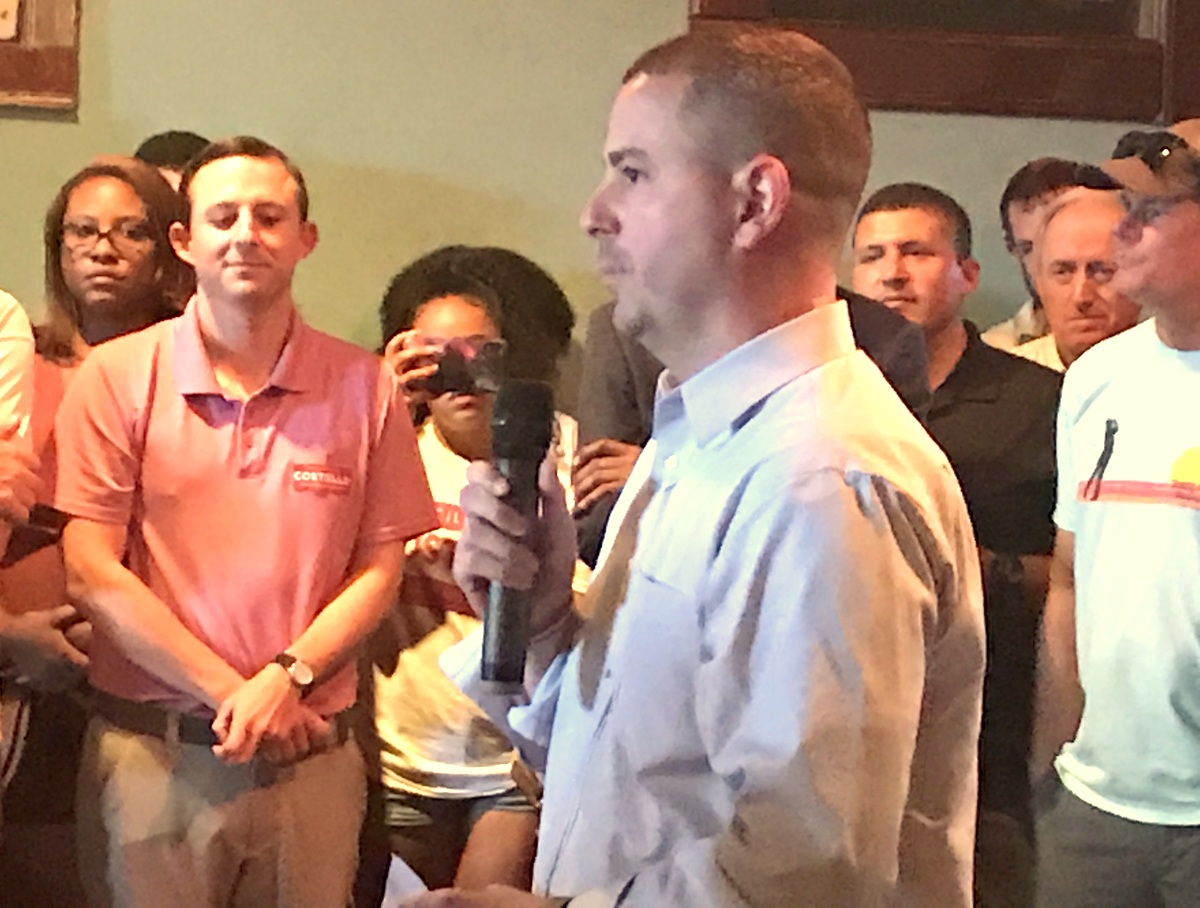 Across the harbor last night, Eric T. Costello announced that he will seek to retain his Council seat in the 11th District, ending speculation that he would run for the citywide office of City Council president.

In a brief statement to supporters at the Little Havana restaurant, Costello said he still had much work to do in his district, which includes downtown, Mt. Vernon, Bolton Hill and Upton/Marble Hill as well as the South Baltimore peninsula.

Costello was appointed to the Council seat in 2014 when William H. Cole IV resigned to become president of the Baltimore Development Corp.

He was elected to the seat in 2016 and has since figured prominently as an avid backer of private development projects and as a fiscal hawk who chairs the Council’s Budget and Appropriations Committee.

Teased by Costello on social media as “a special campaign announcement,” the event featured a number of local movers and shakers. They included  Cole, now a principal at Margrave Strategies, a development consultancy founded by former Howard County executive Ken Ulman, and Colin Tarbert, president of the Baltimore Development Corp. (BDC).

After Costello’s announcement, several officials and businessmen, including Eastside Councilman Robert Stokes,  hopped in their cars and headed for Tiffany East. 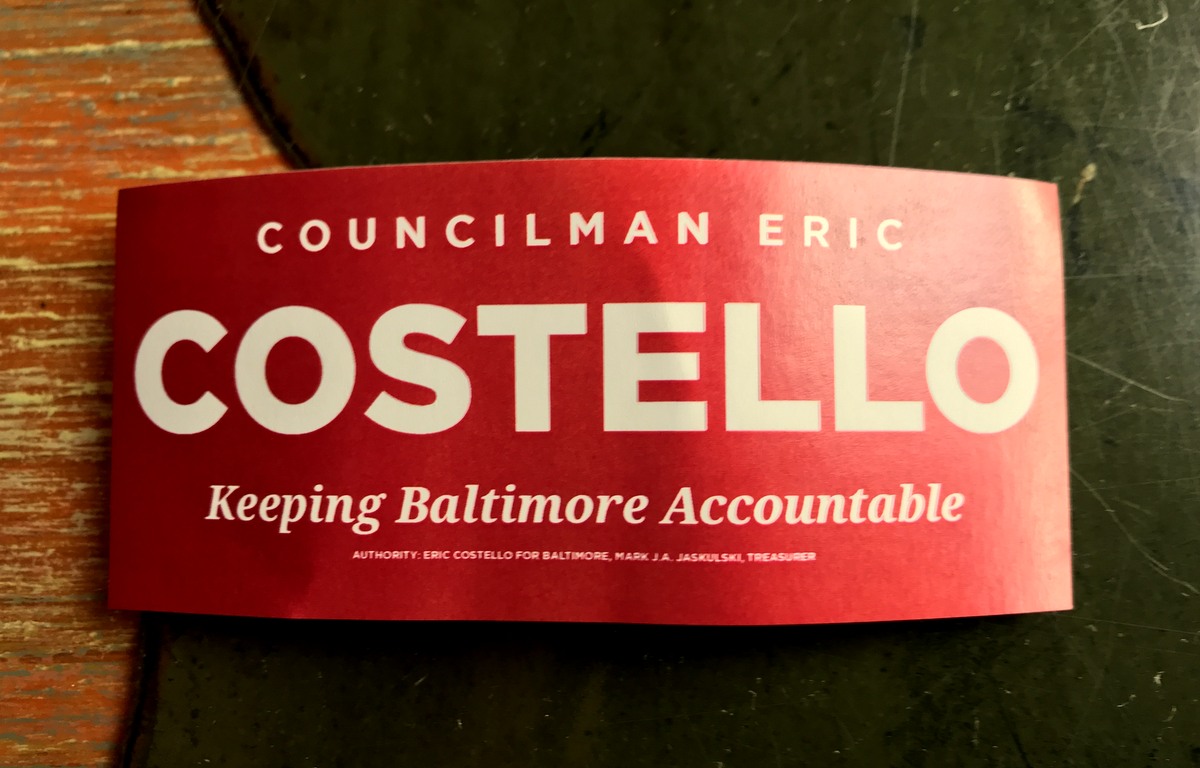