Baltimore’s spending board today postponed action on a $5.4 million extension of a contract to provide support services for customer water billing, acting at the request of Councilman Bill Henry who called the increase “problematic.”

The Board of Estimates had been scheduled to vote on the latest slug of money for Atlanta-based Itineris North America, which was enlisted as part of the Department of Public Works’ switch-over to a UMAX water billing system.

The initial contract – for $8.4 million – was approved by the board in October 2014. Its purpose was to assist DPW staff in customer operations, dispute resolution, quality assurance, user acceptance testing and other back-office operations.

Since then, the contract has steadily ballooned – nearly tripling to $22.1 million to date – and was set to grow to $27.6 million upon today’s board approval.

Henry, who has announced a run for the citywide position of comptroller, called for a pause to take a closer look at the agreement.

“This contract increase would now put us nearly $19 million over the initial contract,” Henry said in a letter sent yesterday to City Council President Brandon Scott.

“I believe that the Board of Estimates should have as much information as possible before they decide if the city can and should support this contract extension.”

Henry noted that a financial audit of the Department of Public Works was due to be publicly released last week, but did not appear on last week’s or today’s board agenda. Until it is presented to the board and the City Council, Henry said the city should “delay the vote on the contract renewal.” 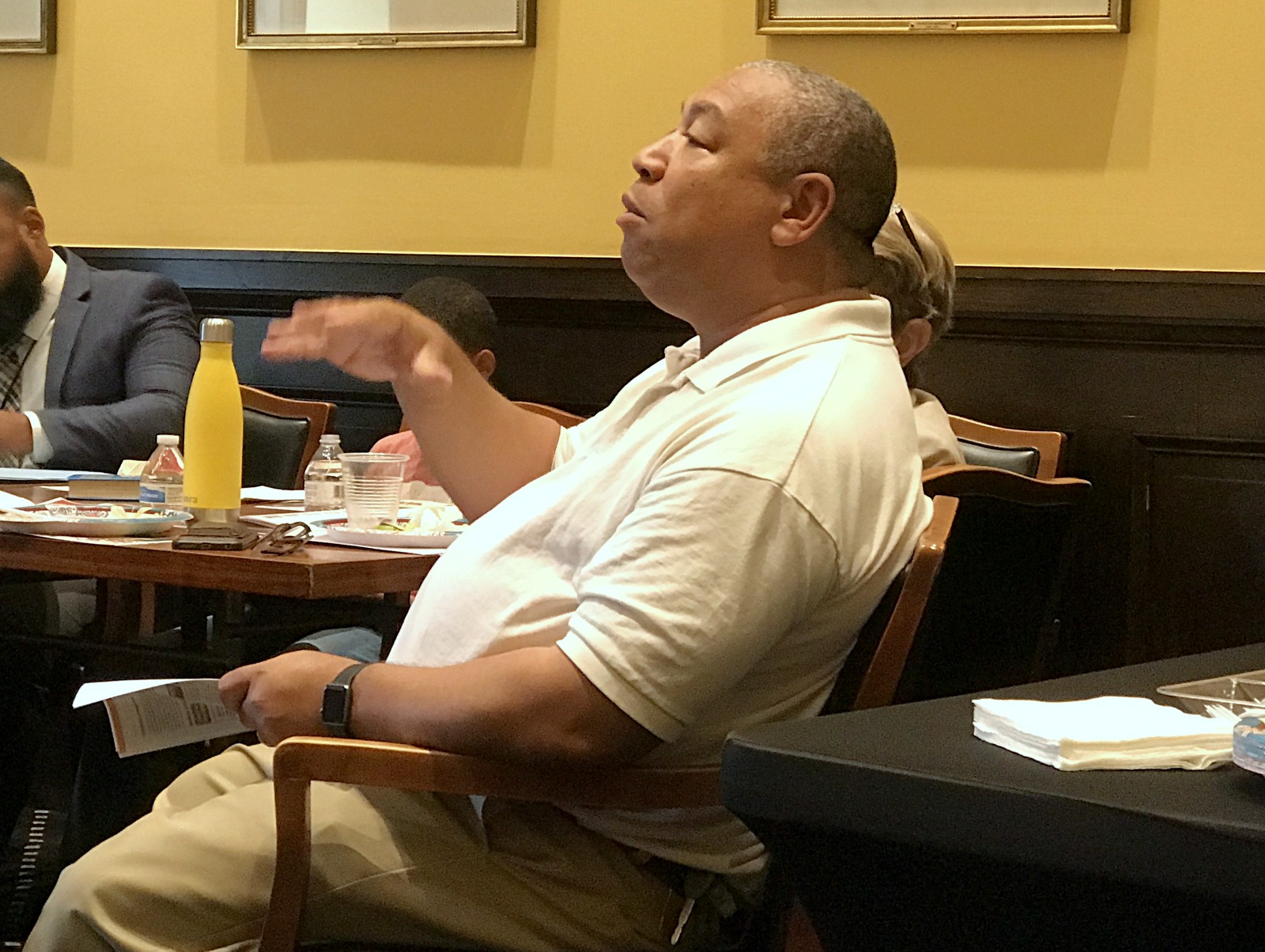 Councilman Bill Henry, who is seeking to replace Joan Pratt as Baltimore’s comptroller, called for a review of the Itineris contract. (Mark Reutter)

It’s unclear when the DPW audit will be released and what it might show, but a review by The Brew of Itineris prices under the contract indicates some heavy expenditures to date.

DPW agreed to pay for up to 11 Itineris consultants, each at an hourly rate of $150. In addition, all out-of-pocket expenses for the consultants are reimbursed.

Source: “The company could have tried to train city employees, but instead they decided to bring in their own people.”

A person knowledgeable of the contract’s terms, who requested anonymity to speak candidly, said, “The travel part isn’t wonderful, but it’s part of standard business practice. The company could have tried to train city employees, but instead they decided to bring in their own people.”

Both men have announced their candidacy for mayor in 2020.

The contract was originally developed by Rudy Chow, the DPW director whose forced retirement was announced last week. Chow was absent from today’s board meeting, attending a water agencies management conference in Newport, RI.