President Barack Obama today addressed a room full of family and friends, staffers and dignitaries and just regular folks, taking pains to get at what made Elijah E. Cummings so great.

Before thousands at Baltimore’s New Psalmist Baptist Church, Obama recalled Cummings’ arresting basso profundo voice (“it just made you feel better”) and the “kindness and compassion” of the 7th District congressman, who died last week at 68.

But what really struck a chord in the room was when Obama reflected on the meaning of the word “honorable.”

“You know, this is a title that we confer on all kinds of people that get elected,” he said, pausing to let his point sink in, which it certainly did judging from the chuckles.

If Obama was referring to his successor at the White House, a Republican accused daily by Democrats of disgracing the office, he wasn’t saying.

“We’re supposed to introduce them as ‘honorable,’” the former president continued, pausing again as more laughter fill the room.

“As president, I could always count on Elijah being honorable and doing the right thing,” said Obama, the top-billed speaker at a funeral service that Cummings was said to have choreographed from his deathbed.

Bill Clinton, another former president, joked about his role in the line-up. “In my old age, I’m the warm-up act,” he said. “I don’t mind.” 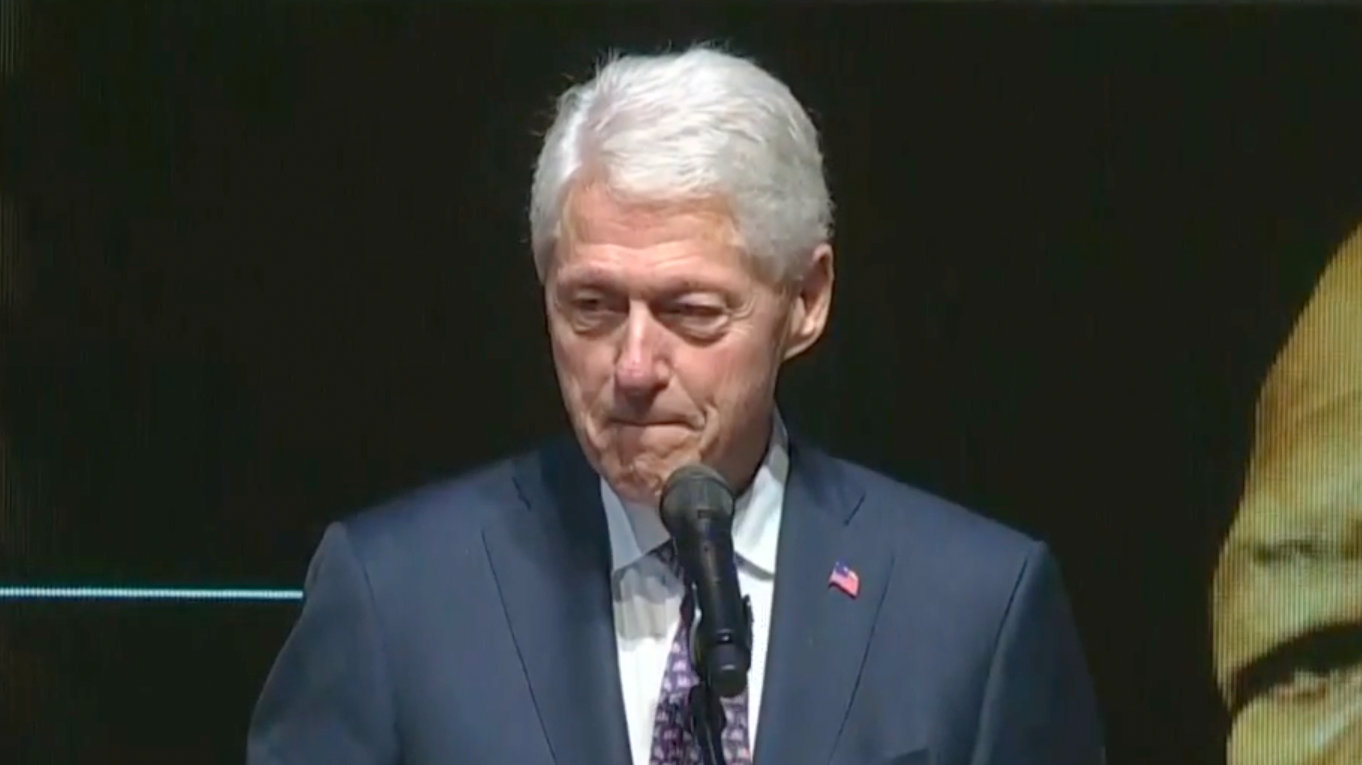 The standing-room-only service ended a week of ceremonies for Cummings, including being honored as the first African-American lawmaker to lie in state at the Capitol.

For a couple of hours today, the leading characters at the center of national and worldwide attention during the turbulent presidency of Donald Trump could be found under one roof in a mega-church on the city’s struggling Westside.

There were several 2020 Democratic presidential contenders, including Amy Klobuchar, Joe Biden and Kamala Harris. Elizabeth Warren read a verse from the Bible.

For a couple of hours today, leading characters in Washington’s impeachment drama could be found under one roof in a mega-church on Baltimore’s struggling Westside.

There were also the party’s quarterbacks of the Trump impeachment inquiry, including House Speaker Nancy Pelosi and House Intelligence Committee Chairman Adam Schiff of California.

(Cummings himself had played a role to the end – reportedly signing subpoenas for the impeachment inquiry from his sickbed just days before he died.)

And there were others just as vehemently opposed to Trump’s impeachment, such as Reps. Jim Jordan (R, Ohio) and Mark Meadows (R, NC). 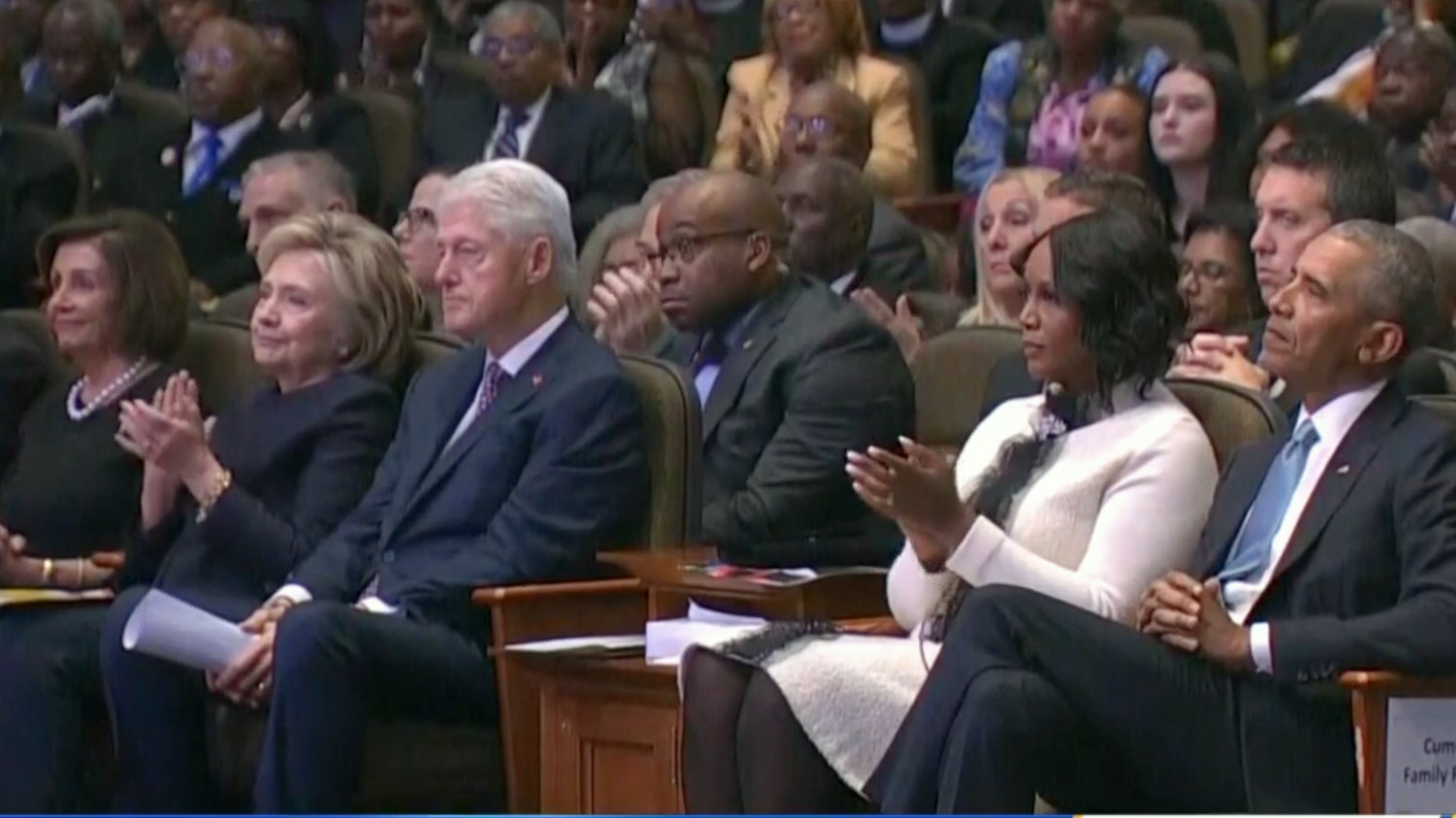 Arriving together were congresswomen Ayanna Pressley, Alexandria Ocasio-Cortez and Rashida Tlaib, members of “the Squad,” as fans sometimes call the feisty freshman lawmakers.

“You did a good thing”

Addressing the room, Bill Clinton noted how “ardently [Cummings] honored his duty to protect and defend the Constitution of the United States” and reflected on the reason why that was so important to this descendant of sharecroppers who was raised in South Baltimore.

“Without the Constitution, he would not have been in Congress,” Clinton said.

Clinton also included a nod to Baltimore and Baltimore area voters who sent Cummings to Annapolis for 14 years and, in 1996, to Congress.

“On behalf of the rest of the nation, I’d like to thank you. You did a good thing,” Clinton said.