People in the audience were listening to every word and, in some cases, recording them.

Partisans showed up to cheer their candidate’s every answer.

And at this City Council race event held in Northeast Baltimore – half a year ahead of the April 28, 2020 Democratic primary – candidates were already being hit with “zinger” questions.

The one aimed at 3rd District candidate Rain Pryor was about her “disturbing” Twitter reference to the “junkies” she had noticed “lately up and down North Ave.”

“That’s how we talked in the in the community,” Pryor explained to the audience, saying that she had used the term when she was an addiction counselor in California before she moved to Baltimore 13 years ago.

“That is what my family has used,” she said, referencing the addiction issues that her father, comedian Richard Pryor, struggled with.

“I apologize because my job is not to offend anyone in the world anywhere at all. I’m aware that I have,” Pryor said, at the recent candidates’ forum sponsored by the DMV Daily Radio Show and held at the Function Co-Working space in Lauraville.

Since she announced her candidacy in July, the actress and author has sparked controversy with her tweets, some blasted as naive or ill-informed, other as cryptic and passive-aggressive.

Speaking with The Brew before the event, Pryor said she made some initial social media gaffes, learned from them and has since chosen to disregard the online blowback.

“It’s Twitter, it’s a handful of people. They’re not there to engage. I learned from somebody what to do: they say, ‘mute it, so you don’t see it,’” she said. “The people who are going to vote for me are not on Twitter.” 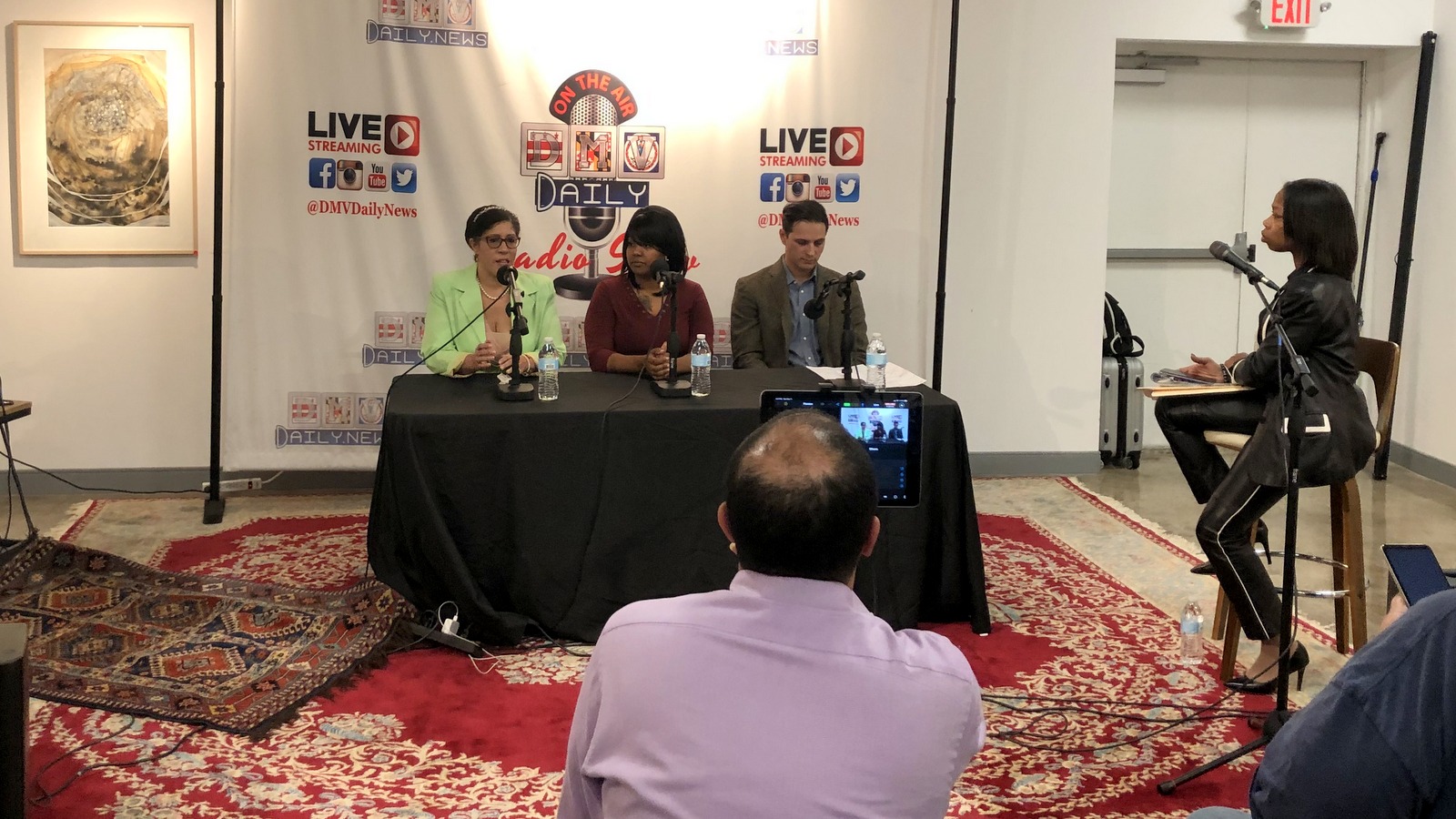 The event was part of an ambitious effort by the DMVDaily News to produce live-streamed video interviews, forums and debates offering an in-depth look at the candidates seeking Baltimore residents’ votes in the upcoming primary.

(The general election is on Tuesday, November 3, 2020, but in Baltimore, where Democrats vastly outnumber Republicans, the April primary is the decisive vote.)

“It’s hard to get to know a candidate from five minutes at the door or from a campaign commercial,” said event host Hassan Giordano, addressing the standing-room only crowd. 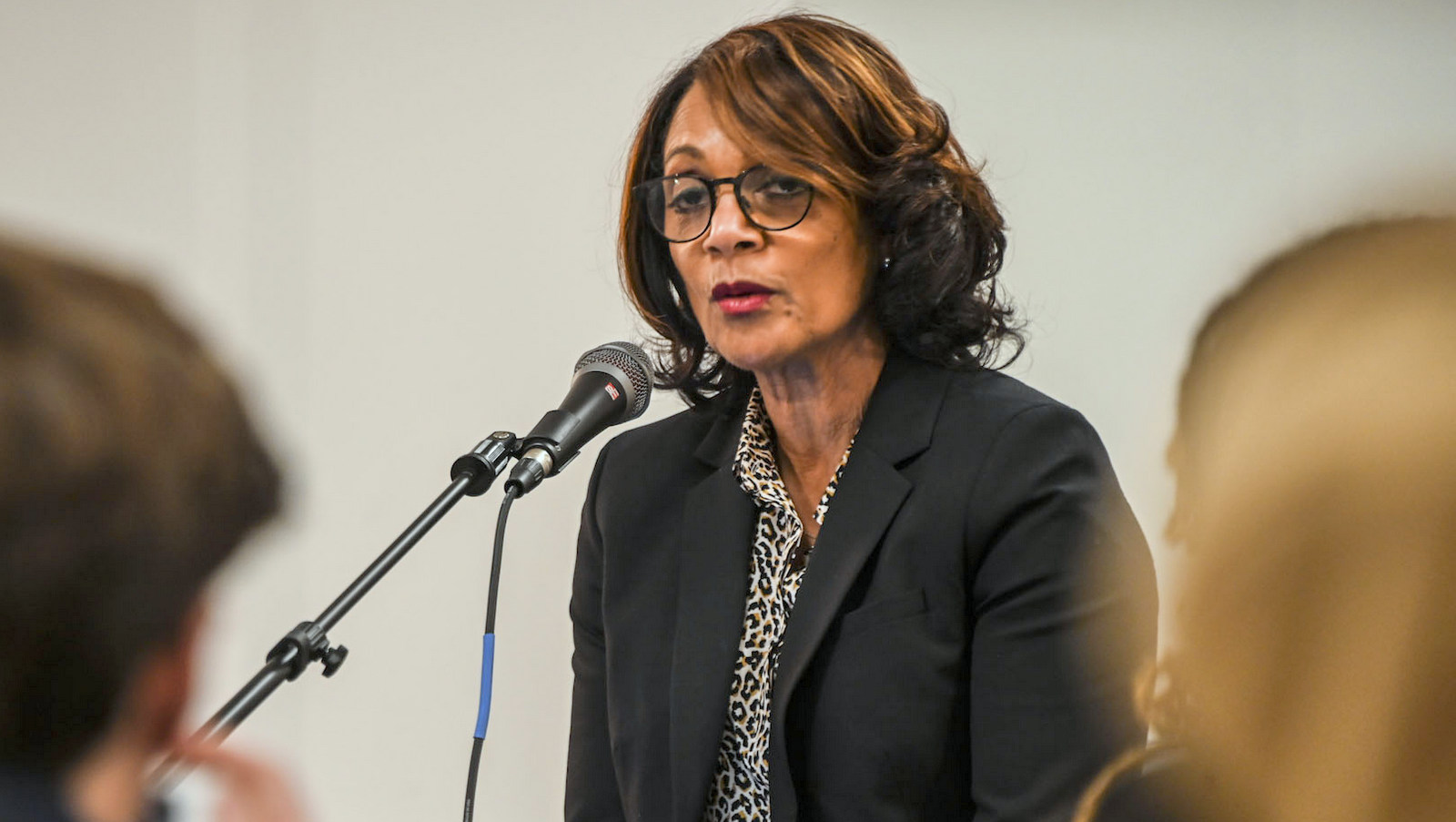 There was also a lengthier 14th District debate with a panel questioning candidates Rita Church, Odette Ramos and Joe Kane. They are vying for the open seat created as longtime councilwoman Mary Pat Clarke retires.

(That debate was moderated by former Baltimore mayor Sheila Dixon, who still has not said whether she will run for mayor in the 2020 race.)

Most of the questions were straightforward requests for the candidate’s approach to issues like crime or education or a simple: “tell us who you are and why you’re running.”

But the moderators also brought some edge, as when Nicole Mundell asked Dorsey whether his “focus on bike lanes” comes at the expense of citizens stuck with an inadequate bus system or motorists subjected to “extremely long driving commutes.”

“Baltimore faces deep disparity in transportation access, where 30% of our households lack access to a car, yet our transportation environment and our public transportation investments are almost 100% aimed at continuing to prioritize the movement of cars,” Dorsey said, noting that the figure is as high as 80% in some neighborhoods.

“So you feel everyone’s needs are being met?” Mundell pressed, noting 3rd District bottlenecks like the one caused by reconstruction of the Harford Road bridge.

“It’s clear that everyone’s needs are not being met,” Dorsey said, citing his 2017 Complete Streets legislation meant to ensure that Baltimore ends a policy that has “only invested in moving one form of transportation.”

“Our neighborhoods like those here along Harford Road are served not by a Main Street but by what nobody should have to experience in their neighborhood, a freeway,” he said, noting that poorly designed streets are also dangerous for someone “walking to a bus to get to a job.” 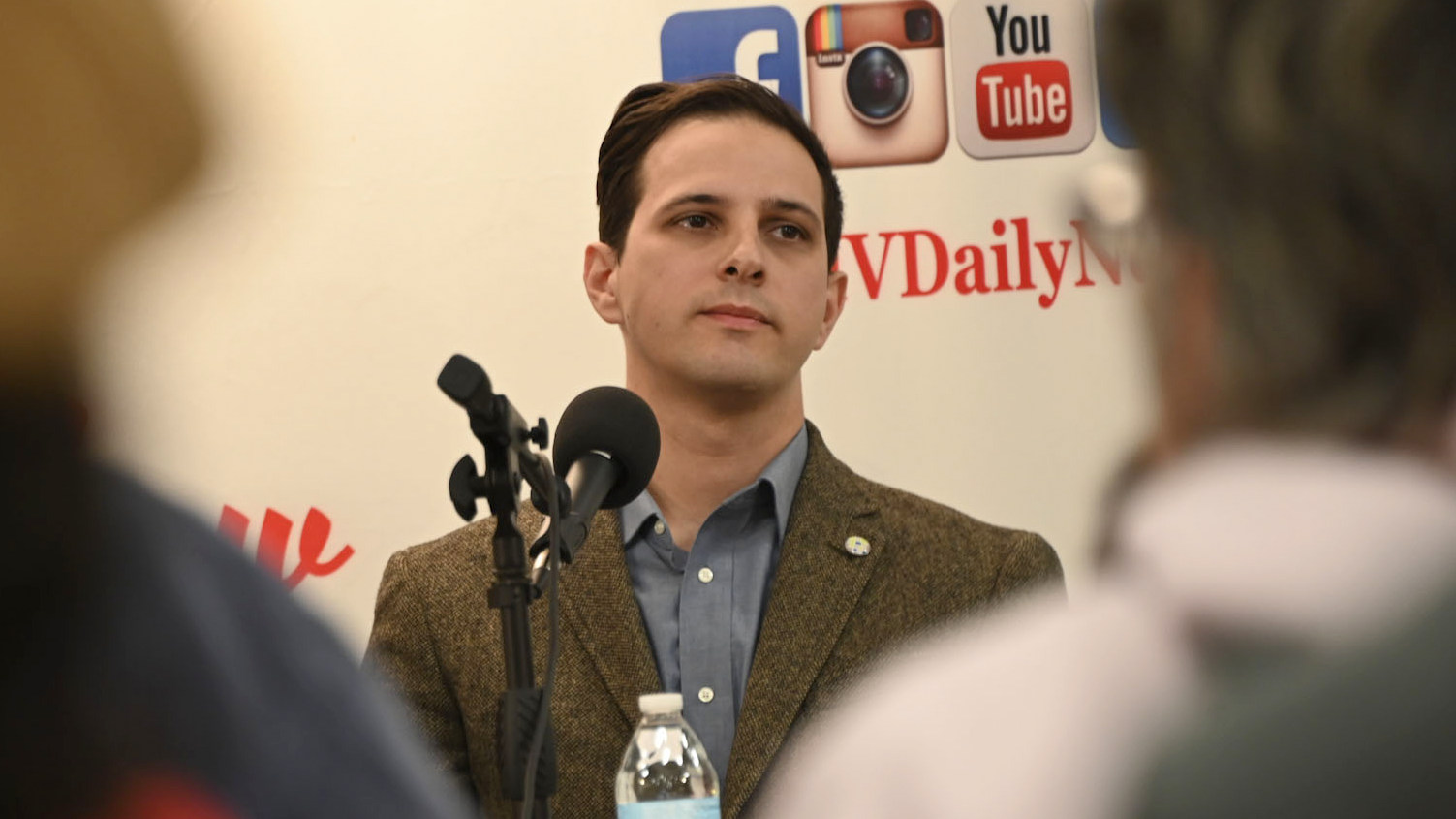 The other sharp question of the night came for 14th District Council candidate Odette Ramos, who was asked “can you explain that you moved from the 12th [District] to the 14th for the opportunity to serve the city?”

“I’ve been living in Baltimore for close to 40 years and most of that time I’ve lived in the 14th District,” Ramos said. “I lived on Abell Avenue, I was the president of the community association there for a couple of years. I lived in Tuscany-Canterbury and lived also on 3100 Harford Road. The 14th District is my home.” 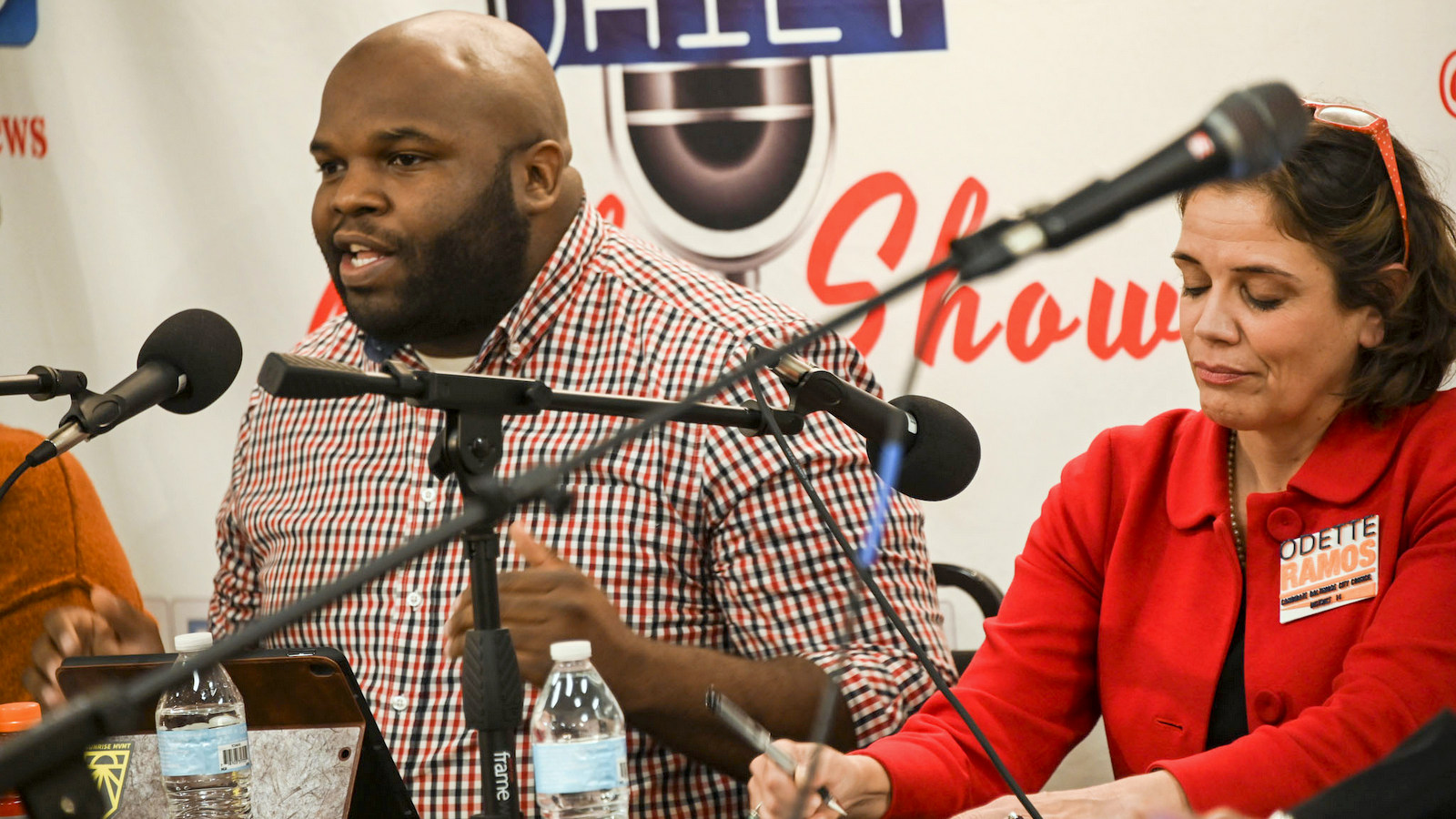 “I moved back there in 2018, so I’ve been there for over a year back into the community,” she said. “But again, this is my district. I have been here most of the time that I’ve lived in Baltimore. So I feel very close to it, I’m really excited to be able to serve the community.”

There was a lot of ground covered in the hour-and-a-half 14th District debate. There was detailed policy discussion and passionate re-telling of each candidate’s personal story.

Church spoke as a longtime neighborhood advocate, Kane as a city schools parent and community leader, Ramos as a veteran advocate for progressive causes in Baltimore and Annapolis.

You can see the full 3rd District forum and 14th District debate at this link, and read debate highlights in The Brew’s upcoming profile of the 14th District race. 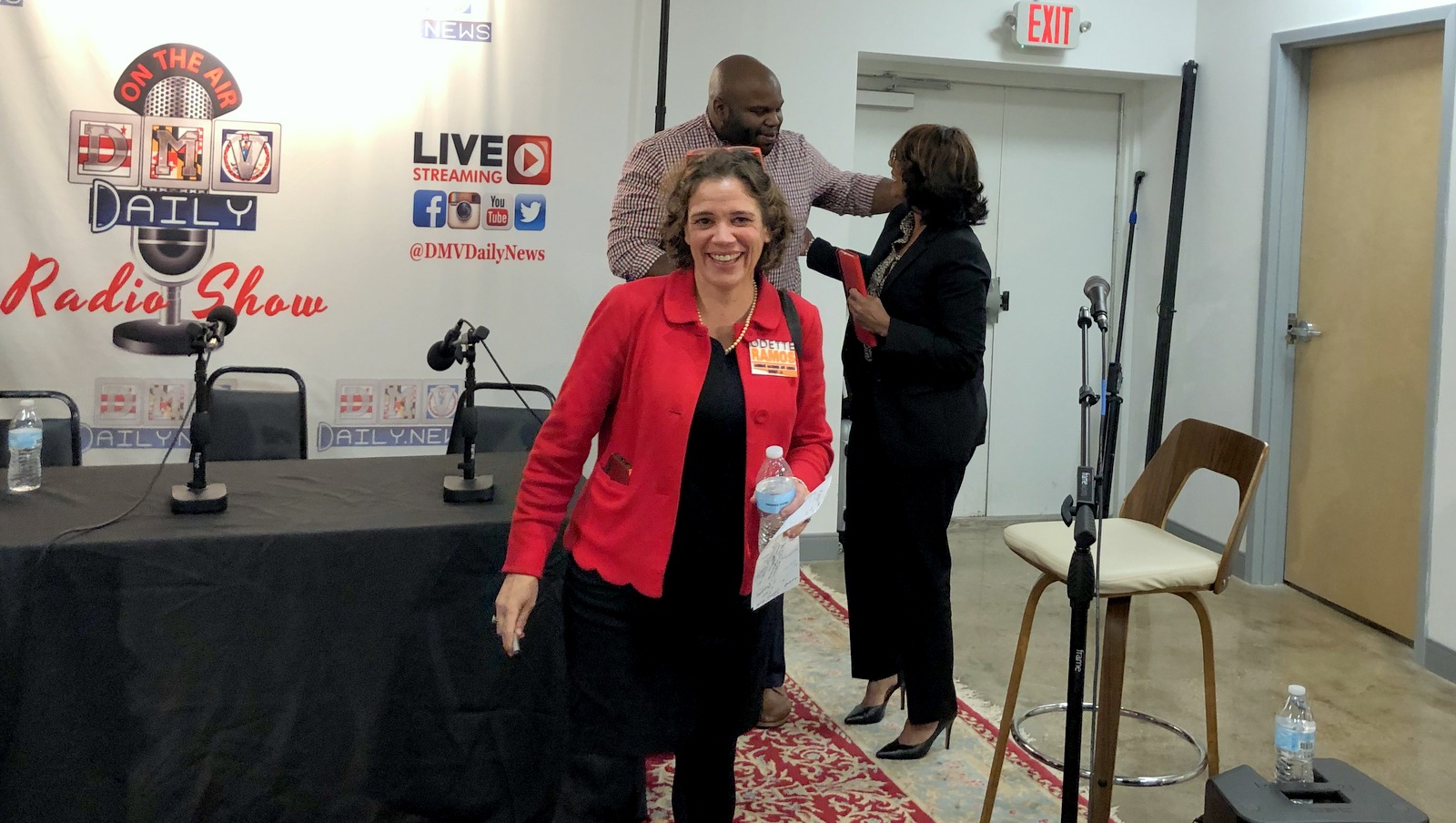