With lives at stake as the novel coronavirus spreads through the country at an alarming rate, U.S. public health experts are working hard to stamp out dangerous misinformation about it.

That’s a tough task since the gravest example of misinformation came from President Donald Trump, who yesterday signaled he might order an end to current “social distancing” policies because of their effect on the economy.

It was a wholesale rejection of worldwide scientific consensus that Johns Hopkins’ professor Tom Inglesby and others refuted in detail yesterday.

“To drop all these measures now would be to accept that COVID pts will get sick in extraordinary numbers all over the country, far beyond what the US health care system could bear,” Inglesby, director of the Center for Health Security at the Bloomberg School of Public Health, wrote in a long Twitter thread.

Another urgent message coming from experts at Hopkins and elsewhere: Black people are not immune to the coronavirus.

“I want to be very clear – there is, despite many claims to the contrary, no truth, no fact at all, in claims of genetic differences, immunity or susceptibility to disease based on race,” Otis Brawley, a professor of epidemiology and oncology at the Bloomberg School of Public Health, told NBC News.

“I do not have and, to my knowledge, no one else has, any data demonstrating either racial or geographic immunity from coronaviruses,” Brawley told NBC. 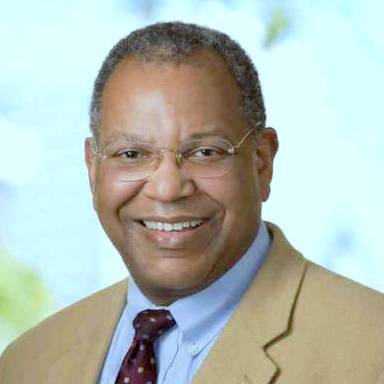 Johns Hopkins Professor Otis Brawley says there is no evidence of racial differences in who gets the new coronavirus. (jhu.edu)

Health officials have not released a racial breakdown of the those affected by COVID-19. As of this morning, more than 43,000 people in the U.S. have tested positive for it and 537 have died.

But experts, including the Centers for Disease Control and Prevention, emphasize that no one should think that, because of their race, that they are more or less likely to get the virus.

The experts aren’t the only people spreading the word.

“It needs to be said”

Celebrities like actor Idris Elba, who is black and who tested positive for the virus last week, have spoken out about the issue as well.

“Something that’s sort of scaring me when I read the comments and see some of the reactions is: My people – black people, black people – please, please, please understand that coronavirus – you can get it, all right?” Elba said in one of two video chats he posted on social media.

“There are so many stupid, ridiculous conspiracy theories about black people not being able to get it. That’s dumb. Stupid,” he said.

“Just know you have to be as vigilant as every other race. This disease does not discriminate,” he said.  “As a black person who has contracted the virus, it needs to be said.” 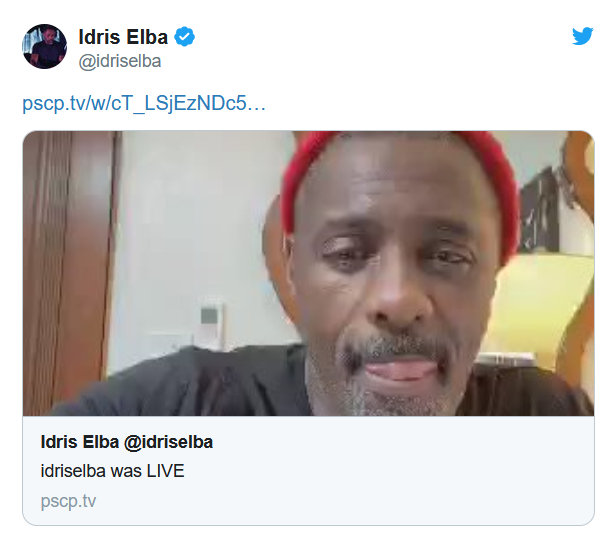 Elba and his wife, actor and model Sabrina Dhowre Elba, who also tested positive for the virus, are quarantined at home and feeling fine, the couple said yesterday.

CitiLab’s Brentin Mock takes a deeper look at the issue, tracing the roots of claims that African-Americans are more resistant to some diseases back to a yellow fever outbreak in Philadelphia in 1793.

But multiple disparities are being discussed as the pandemic plays out across the globe, including its more severe impact on people of color and those with fewer financial resources, housing and other advantages.

• Public health expert says African Americans are at greater risk of death from coronavirus (The Undefeated, 3/13/20)

“I think the biggest challenge is the fact that people of color, African Americans, start out with health outcomes that are disproportionately poor when compared to white Americans,” Dr. Georges C. Benjamin, executive director of the American Public Health Association, told The Undefeated’s Lonnae O’Neal.

“The highest risk, if you get this disease, is to someone 60 or older with chronic disease,” he said. “With African Americans, you start with a population that is disproportionately sicker, and if it gets exposed, it will have a higher death rate.”

Benjamin traces the inequities back to the social determinants that affect the lives of people of color and the economically disadvantaged “including racism and discrimination, housing, access to transportation and education.”