How to get all that creamy white, but perishable, goodness into the hands of needy people for their baked potatoes, enchiladas or onion dip?

Her organization, the Baltimore-based Italian Cultural Center of Maryland, has been rallying to help during the coronavirus pandemic with food and other aid.

In came a donation from Vermont-based Cabot Creamery of 5,376 tubs of sour cream. They weren’t the typical 8 oz. containers you would buy at the grocery store. They were 5 lbs. each.

“They blessed our program with an incredible amount of sour cream,” said Lapenta, the organization’s president.

But she was faced with 26,880 pounds of sour cream that rolled up in a truck too big to enter their building.

“One thing is to see the quantity on a piece of paper,” she said. “It’s another thing to see it in front of you. ”

What 26,880 pounds of sour cream looks like. (Monica Lapenta)

Lapenta knew she had to quickly offload the stuff. Last week, she and a handful of volunteers worked non-stop, from morning until 3 a.m. the next day, finding churches, community organizations and individuals to take the sour cream, and figuring out logistics.

They distributed all of it, minus a few pallets for which they had the space to refrigerate.

“I’m amazed at what people can accomplish together,” Lapenta said.

Celebrating another milestone – the 10,000th hot meal it has served since March 24.

Yesterday, meanwhile, the Center had something else to celebrate: The 10,000th hot meal it has served since March 24.

That’s on top of more than 2,000 “grab-and-go” meals and more than 1,000 bags of groceries sufficient to feed a family of five for a weekend.

The Center has moved into a new space at Bmore Kitchen off of York Road and ramped up its production as thousands are facing food insecurity during the coronavirus pandemic. 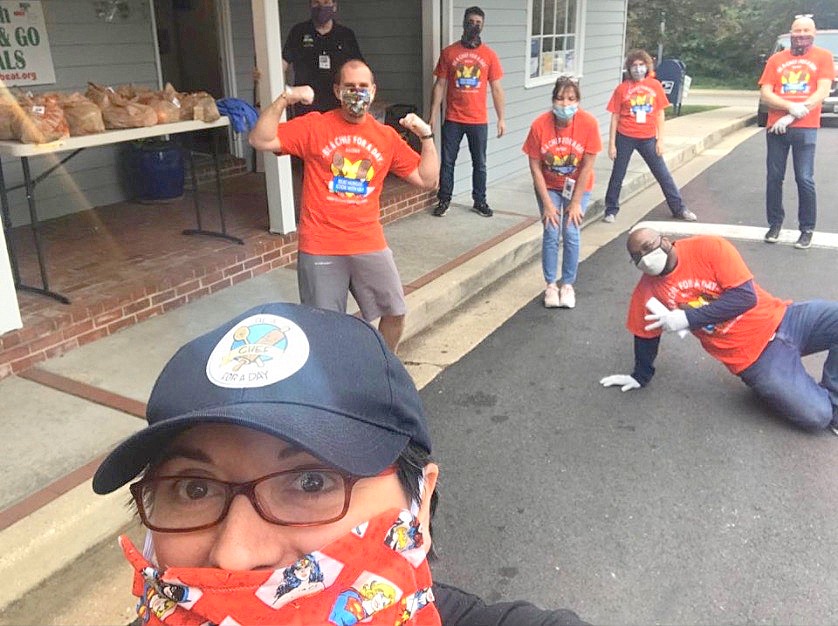 Monica Lapenta pauses for a selfie with volunteers outside the Italian Cultural Center of Maryland.

“Sour cream on my lap”

Last week, Glenwood Life Counseling Center, one of the Italian Cultural Center’s clients, took several cases of food and distributed them among their patients, who are in opioid addiction recovery.

“She said, ‘Let me come and give you an extra 150 meals – and I also got a truckload of sour cream,’” Fraling recalled.

“I thought we were gonna break down because the sour cream was so heavy.”

Fraling and a coworker drove to the Center and packed their car full of the product in the trunk, on the back seat and on Fraling’s lap.

“I can’t even see anymore through the window because it’s so many cases of sour cream on my lap,” she said. “I thought we were gonna break down because the sour cream was so heavy.”

When she got back, several eager patients were outside ready to help unload the car.

“I couldn’t believe that they wanted that much sour cream,” Fraling said.

They told her “we gonna put it on those potatoes you gave us.” 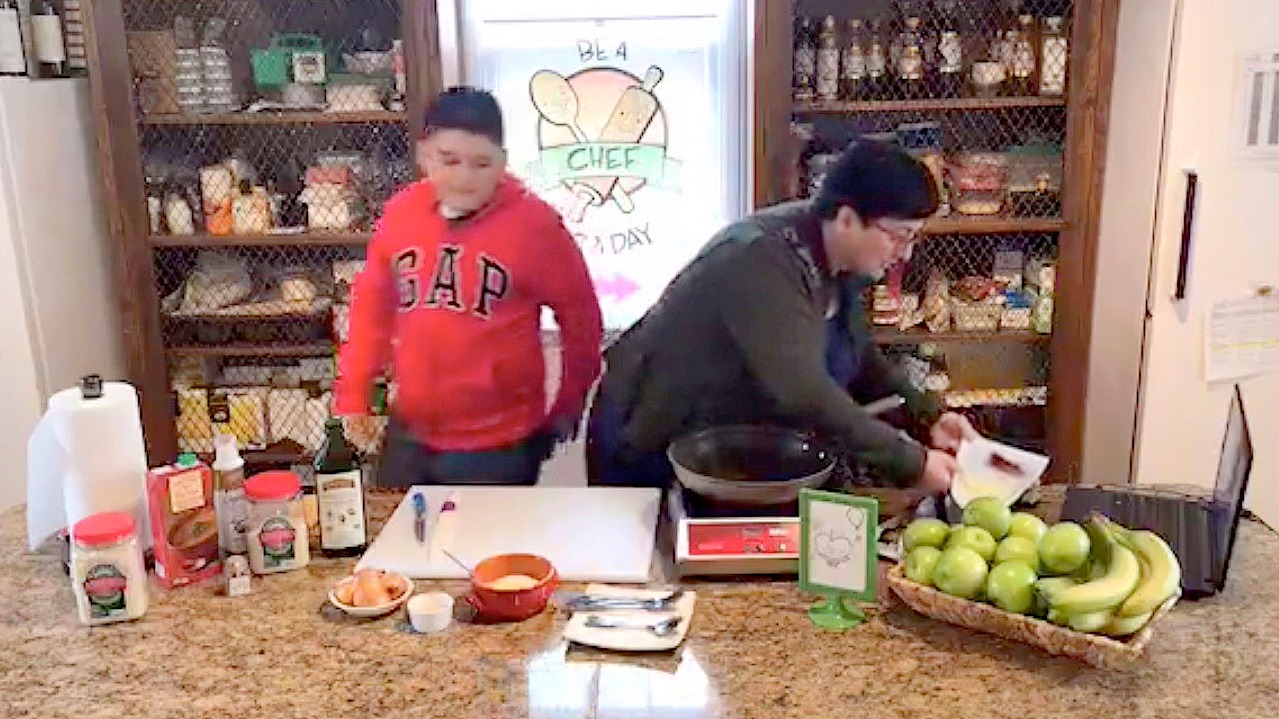 On FacebookLive, Monica Lapenta, with son Matteo, shows how to make risotto.

Teaching as well as Feeding

Lapenta doesn’t just feed Baltimoreans; she teaches them how to cook as well. She teaches children to be comfortable in the kitchen and to cook for their families on a budget.

Since the pandemic has prevented traditional teaching, Lapenta has taken her lessons to Zoom and Facebook Live. She recently showed viewers how to make saffron risotto, a classic dish from Milan, where she spent most of her life.

Fraling said Lapenta has helped many of Glenwood’s patients develop their cooking skills, and she’s grateful for her generosity.

“I thank god for Monica and her husband,” Fraling said.

“Even when they deliver their meals, they always give me a call an hour later and say, ‘Precious, are you all good over there? Do you need more?’”