I am a physician and a surgical resident. I have been training for three years to care for and heal trauma patients.

Now I have been witness to the very real brute force and trauma inflicted by the Baltimore Police Department.

On June 1st at a peaceful gathering of protesters, the BPD deployed a steady stream of violence and intimidation tactics.

I am used to seeing patients some time after their traumatic event, but now I was witnessing the trauma in real time:

Police officers in riot gear bluntly striking young people with batons, spraying mace into their eyes, pushing them down with their shields and trampling them.

This physical violence was combined with psychological violence as the police invoked fear through flash bombs and roving, low flying helicopters with their bright searchlights.

Such state-sanctioned violence appalled me. I was shocked that the very police charged with “serve and protect” were brutally attacking my friends, my community members and me.

For a small moment, perhaps, I was feeling the terror that many Black communities face daily.

As a surgical resident who usually works in a level 1 trauma center seeing the highest acuity patients, I am intimately familiar with the impact of such blunt force.

They may have concussive symptoms that last weeks, impairing their ability to read or focus. Sometimes these impairments last longer and can even lead to permanent debility.

We also know the very real danger of chemical irritants like tear gas – in a large medical study 8.7% of those exposed to such irritants required professional medical management.

In fact, despite the Geneva Convention banning the use of tear gas during warfare, it has been widely used by police during the recent protests.

Tear gas can worsen respiratory illness, which in turn heightens risk for the coronavirus.

Police deployed tear gas in New York, Seattle and other cities recently during protests, like Baltimore’s, held in response to the death of George Floyd in Minneapolis after a police officer knelt on his neck for nearly nine minutes.

Its use amid the current coronavirus pandemic has raised special concern.

In addition to the initial effects of tear gas – including stinging in the eyes and throat – it can exacerbate respiratory illness, which in turn leads to a higher risk of contracting Covid-19.

Despite these violent attacks, there was incredible persistence on the part of protesters. It was beautiful to see the people, the protesters, caring for one another.

I witnessed as street medics ran to assist people with lacerated scalps, people knocked to the ground by riot shields, others with eyes burning from the tear gas.

They lifted the fallen, evaluated wounds and flushed eyes burning from tear gas. Such scenes conjured the past of the civil rights movement – of protesters marching past the Edmund Pettus Bridge in Selma, Alabama through the tear gas and brutal billy club strikes of state troopers. 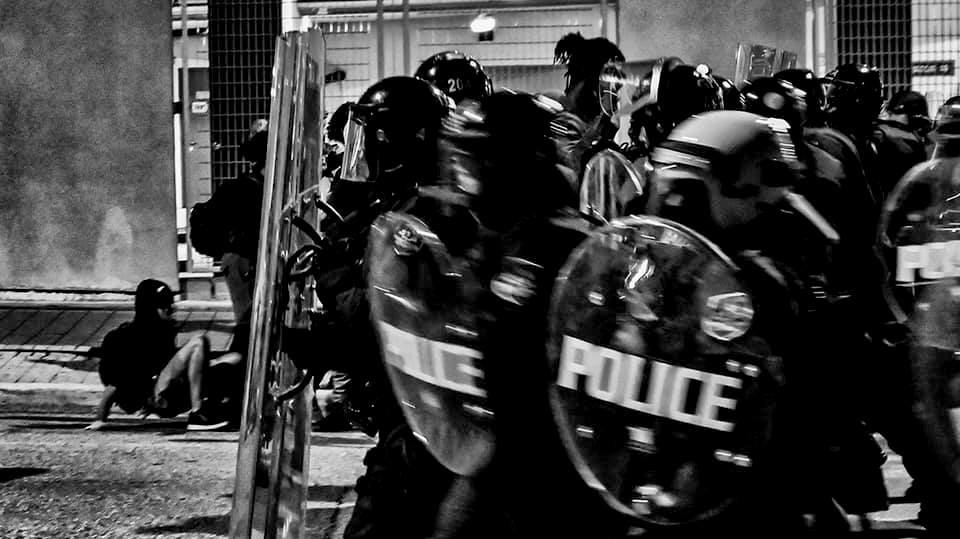 Though my daily work involves seeing the consequences of violence, little did I realize what our own state – what those charged with serving and protecting us – is capable of doing.

Medicine is often framed as a special profession because of its neutrality.  As a doctor your oath is to care for everyone equally, rich or poor, black or white. Just do your job.

However in moments like these, neutrality is akin to a-politicality. Not taking a stand and condemning this indiscriminate use of violence against a peacefully protesting public is silence and silence is violence.

So I’m speaking out. And if what I’ve described today persuades, I hope you will, too.

Mihir Chaudhary, a surgical resident at University of California San Fransisco East Bay, is a violence researcher currently living and working in Baltimore. With a master’s in Public Health from Johns Hopkins, as well as an MD from Harvard Medical School, he combines clinical practice in trauma surgery with research on the violence of racial capitalism.