At the end of a long day which began with protesters driving past his house, honking their car horns and playing loud music, City Councilman Eric Costello said he supported cutting the Baltimore Police Department’s budget.

Costello didn’t go into detail at last night’s hearing, but as chair of the Budget and Appropriations Committee, which held marathon hearings all week on the proposed fiscal year 2021 budget, his support appears to guarantee some reductions in police spending.

But still unclear is just how much – and from which categories – the Council will cut when they vote on the BPD’s proposed half-billion-dollar budget on Monday.

Police Commissioner Michael Harrison and his aides testified before the committee for nearly seven hours, from 5:30 p.m. to 11:11 p.m., saying his agency had already identified the reductions it could tolerate.

“We have begun identifying ways to cut,” Harrison said, seated in the Council chambers with Costello and a few others, while the rest joined from home. “The budget looks very different than it did last year. We have been good stewards of the taxpayer’s money.” 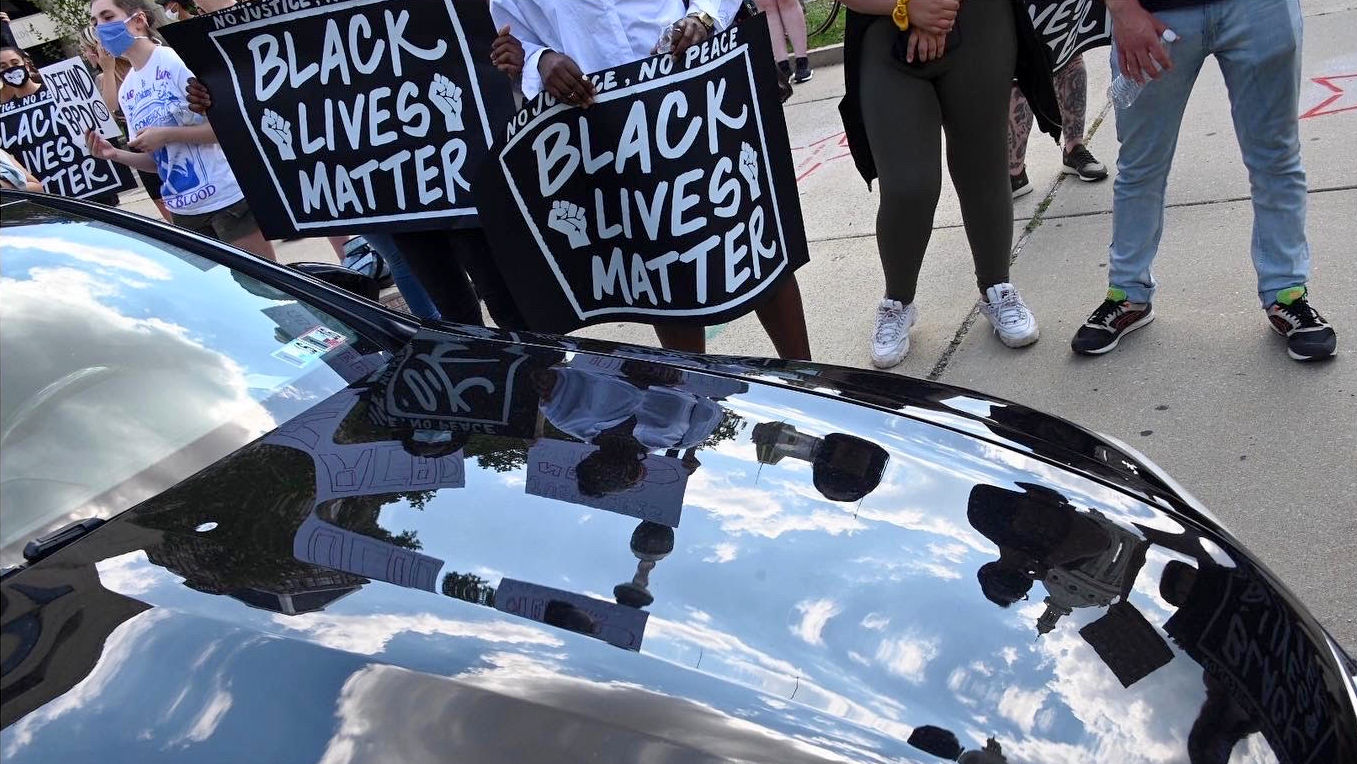 A protest about the Baltimore police budget held in the wake of George Floyd’s death at the hands of Minneapolis police. (J.M. Giordano)

Speakers were arguing the exact opposite across War Memorial Plaza, where protesters had painted “DEFUND THE POLICE” in huge pink letters on Gay Street and were holding signs that said, “The police budget is bleeding us to death” and “Invest in Black communities.”

“For me, it’s the inefficiency of the system, because so many resources are disproportionately given to an agency that doesn’t actually keep us safe,” Onyinye Alheri said in an interview with The Brew.

The 28-year-old board member and leader of Communities United had just addressed the crowd of several hundred, outlining her group’s demands, including a 25% reduction in police spending. 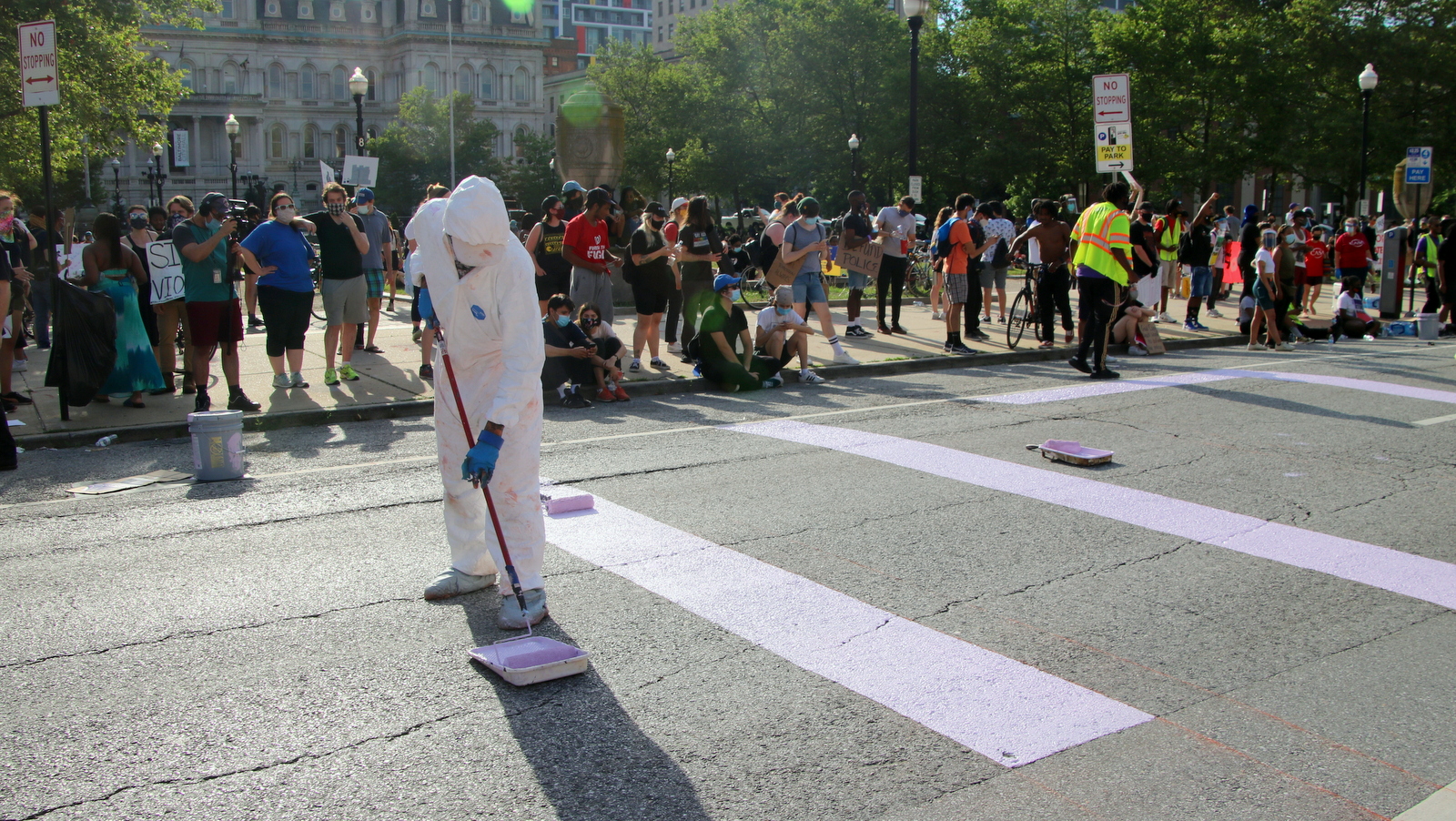 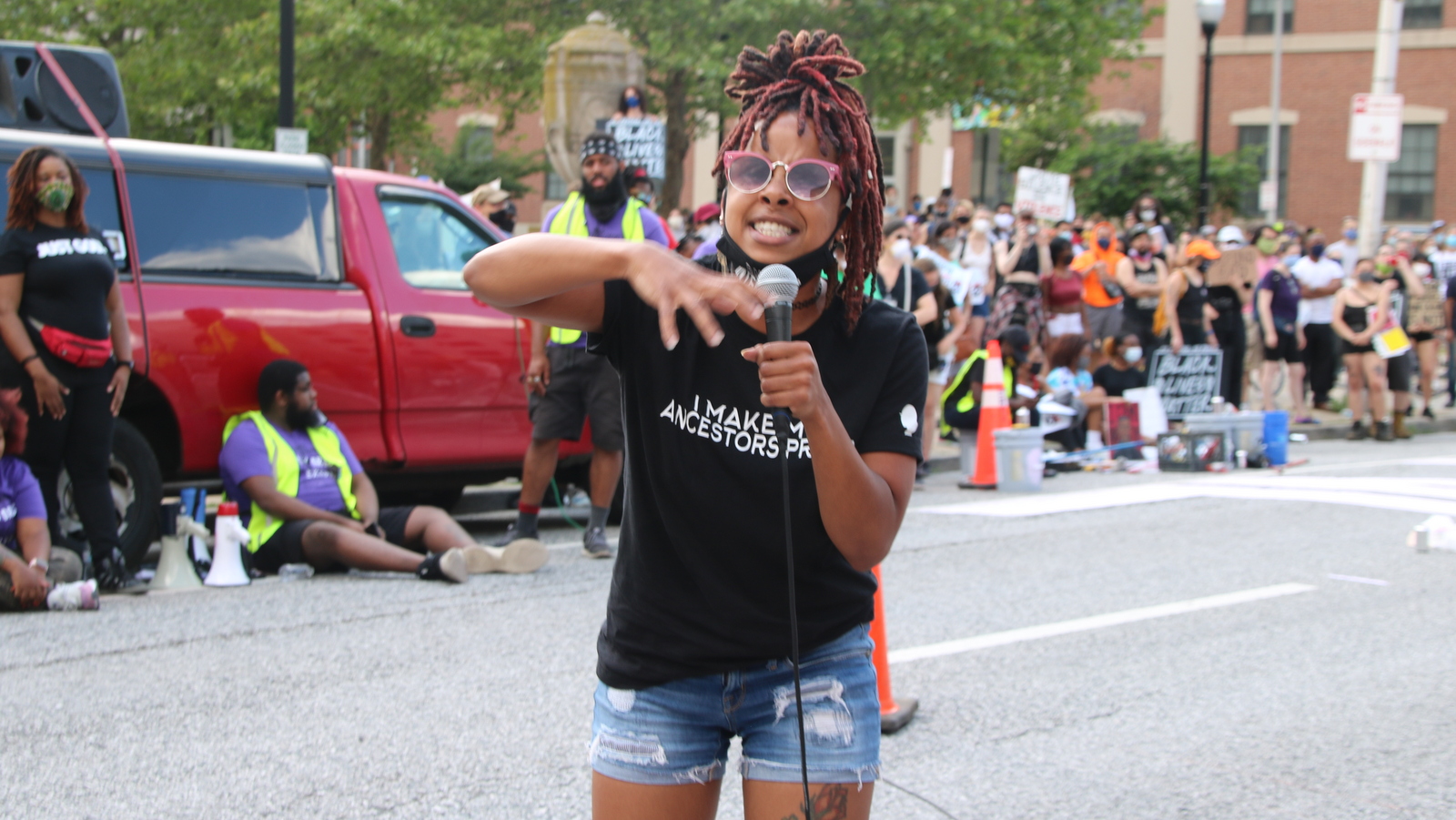 Kish the Lioness performs at the protest. (Louis Krauss)

Asked what should be put in place of police response, Alheri, who works at a drop-in center to support drug users in East Baltimore, said that medical and social workers could be used to respond to incidents involving mental health or drug-use issues.

“A lot of 911 situations I’ve been in or witnessed, there’s no violence, no gun around,” she said. “A good amount of these calls are psychosis issues, or domestic violence, and these situations can much more easily be dealt with by mediators and social workers.”

Other demands she said, included redirecting funding from the police to better support “brown and black communities, which have been policed for far too damn long.” 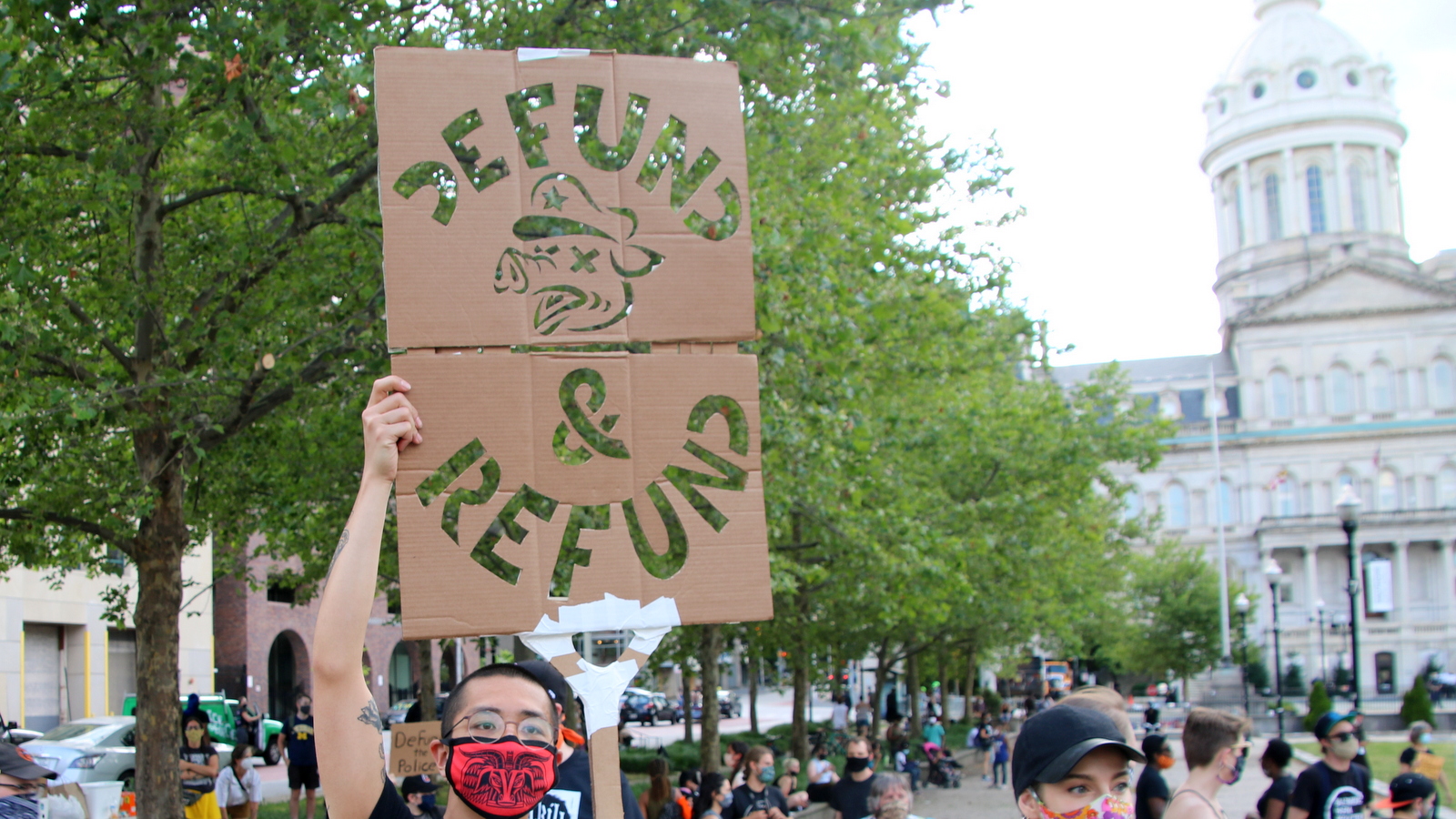 Allen Hiu said the issue of better policing also affects him “as the son of Chinese and Vietnamese immigrants.” (Louis Krauss)

“Not best suited to do that”

Meanwhile, Harrison, addressing the committee, cautioned against cuts greater than the “efficiencies and service changes” BPD has identified for itself.

Most of the growth in the proposed budget comes from pension obligations, Harrison said, while pointing to cost savings and improvements made under the consent decree with the Department of Justice.

“‘Defund police’ means different things to different people. But I can’t believe that it would mean defunding progress,” he said. “We’re giving them right now what they’re demanding and what they’re protesting about.”

“Mission creep” has made police officers the primary responders in the opioid epidemic  – Councilman Zeke Cohen.

But Harrison did acknowledge one of activists’ key points: that in some emergencies, a social worker, mental health professional or grassroots violence interrupter may be the best one to respond.

“[During] incidents where it’s a medical issue or psychiatric emergency, perhaps we’re not best suited to do that,” Harrison said.

Councilmen Zeke Cohen and Ryan Dorsey pushed Harrison on that point, advocating for the legalization of some drugs and a strategy that promotes addiction treatment over punishment.

Cohen said “mission creep” has made police officers the primary responders in the opioid epidemic, which “we have come to collectively recognize as a public health problem, but we don’t treat as such.”

“Police are really not designed to do a lot of the stuff we expect them to do,” Cohen said.

“I don’t disagree with you,” the commissioner replied, on the idea of “mission creep.” “I don’t think anyone disagrees with you.”

Councilman Kristerfer Burnett also advocated for investments that would reduce the need for police.

“When people call the police, they’re calling after something has happened,” he said. “We will not see violence go down in Baltimore City [until our budget] is more reflective of the actual needs of our communities.”

Dorsey asked about the return on investment for certain expenses – most notably drug enforcement. He asked how many times the city’s camera network, which costs a few million dollars per year, has led to arrests, and he wasn’t satisfied with the answers he received.

“You never seem offended that the question is being asked,” Dorsey said. “That alone is a huge improvement over your predecessors. But that is not nearly enough.”

Meanwhile, for those advocating a reordering of priorities, the spending reductions are only part of the process.

The funds are cut from the police budget won’t necessarily be redirected to mental health, addiction treatment, homeless services or education, which many Council members and activists want.

The Council doesn’t have the power to reappropriate money—only to make cuts. It’s the administration, ultimately, that sets the budget.

Find budget documents and other information here at the Bureau of the Budget and Management Research web page.

Watch when the meeting reconvenes Monday at 10 a.m. on CharmTV.