But that description of the 94-bed nursing and rehab center in northeast Baltimore doesn’t tell the whole story about how residents have been treated.

The Inspector General at the U.S. Department of Veterans Affairs found that patients were sent for treatment they didn’t need because of lax handling of lab results and that patients missed doses of medication because the system of delivering drugs to the facility didn’t always work.

The OIG released its findings earlier this month based on inspections conducted last September.

It reported systematic failures by local management to address staff morale and laboratory results at the center, which provides short- and long-term nursing care, rehabilitation and hospice services.

“System leaders acknowledged there were persistent staff complaints and that these issues could affect resident care,” the report continued.

Previous efforts to fix the same problems have failed, the OIG determined.

“CLC laboratory specimens were not properly managed (such as being subject to temperature changes and being kept too long before being sent to the downtown lab), which led to falsely elevated potassium results and subsequent unnecessary treatment,” and the technologist in charge failed to find the cause of the inaccurate results.

These failures had “a significant impact on residents who were subjected to additional tests,” the report found, and led to unnecessary trips to emergency rooms in at least three cases. 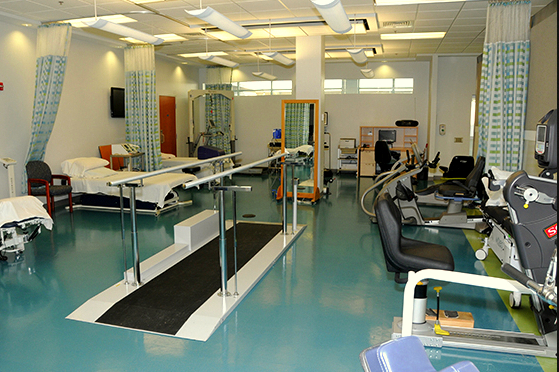 While some residents were getting too much treatment, others weren’t getting medicine they needed because of an inconsistent drug delivery system.

The facility lacked its own pharmacy and had to get medications delivered from the VA facility in downtown Baltimore. Loch Raven never instituted a standardized delivery system or way to track custody of medication en route to patients.

Others missed doses of antibiotics and chemotherapy drugs, and someone with an organ transplant didn’t get medicine on time designed to prevent rejection of the organ.

Another resident was discharged from the facility without needed medication because staff was not notified that the medication had been delivered. The medication was found two weeks later in an unlabeled bag.

Additionally, for unknown reasons, at least one bedridden patient wasn’t turned over enough, which led to a pressure injury that likely contributed to or caused the patient’s blood poisoning.

Nurses “described an environment in which they felt CLC leaders were ineffective and lacked empathy for employees. They spoke of staff turnover (three chief nurses in three years), low morale, and frustration at what they perceived as the failure of CLC managers and system leaders,” the report says.

“These negative perceptions coupled with a lack of trust led staff to feel symptoms of burnout.”

In response, a new site manager was installed. To avoid delivery problems, Loch Raven planned to open a pharmacy on the premises this spring, but the coronavirus pandemic has delayed that.

By the end of August, management will survey employees regarding their concerns and job satisfaction and has promised to develop “action plans” to correct deficiencies in its lab services.

The OIG has found problems in Veterans Administration health care in Baltimore before.

Last November, it found that staff at its main medical center on North Greene Street was not properly following do-not-resuscitate orders.

In 2017, the inspector general reported that the same VA center lacked adequate controls on its treatment planning, monthly counseling and cardiac risk monitoring for opioid addicts.

In 2014 and again in 2018, the center was faulted for arbitrarily canceling clinical appointments for mentally-ill and drug-addicted patients.
__________________________
• Charles Pekow is a freelance reporter based in Bethesda. To contact us: editors@baltimorebrew.com