When they voted for Donald Trump four years ago, Wayne and Robin Wooden never expected him to win.

Asked then what attracted them to the reality TV star turned presidential candidate, Robin Wooden had a cheerfully blunt answer:

“Nothing. It was a protest vote,” she said outside their Canton polling place. “He doesn’t stand a chance!”

Now after four years of his tumultuous presidency, will they be pulling for Trump again?

“The stock market is up, the economy is going okay, I’m making money,” Wayne Wooden said, in a phone interview with The Brew today.

“So I went for Trump,” the machinist continued, but his wife voted for former vice president Joe Biden.

Both of them had previously favored Democrats, Wooden said, and his spouse switched her vote back to “blue” because she doesn’t like Trump’s manner.

“She thinks he’s overbearing. She thinks he’s just too much,” he said.  So this time around, the longtime Canton residents, both in their 60s, are in effect canceling each other out.

The Southeast Baltimore couple’s shift comes as the country faces an intensely watched contest between Biden and Trump, which follows four years of political polarization, racial tension, a coronavirus pandemic and more.

Does Robin Wooden’s shift away from Trump, whose declining support among white women has been well-documented, portend a different outcome for the former real estate mogul?

It’s too early to say in a race that may be contested for days, but already has spawned a record high turnout in part thanks to mail-in voting. 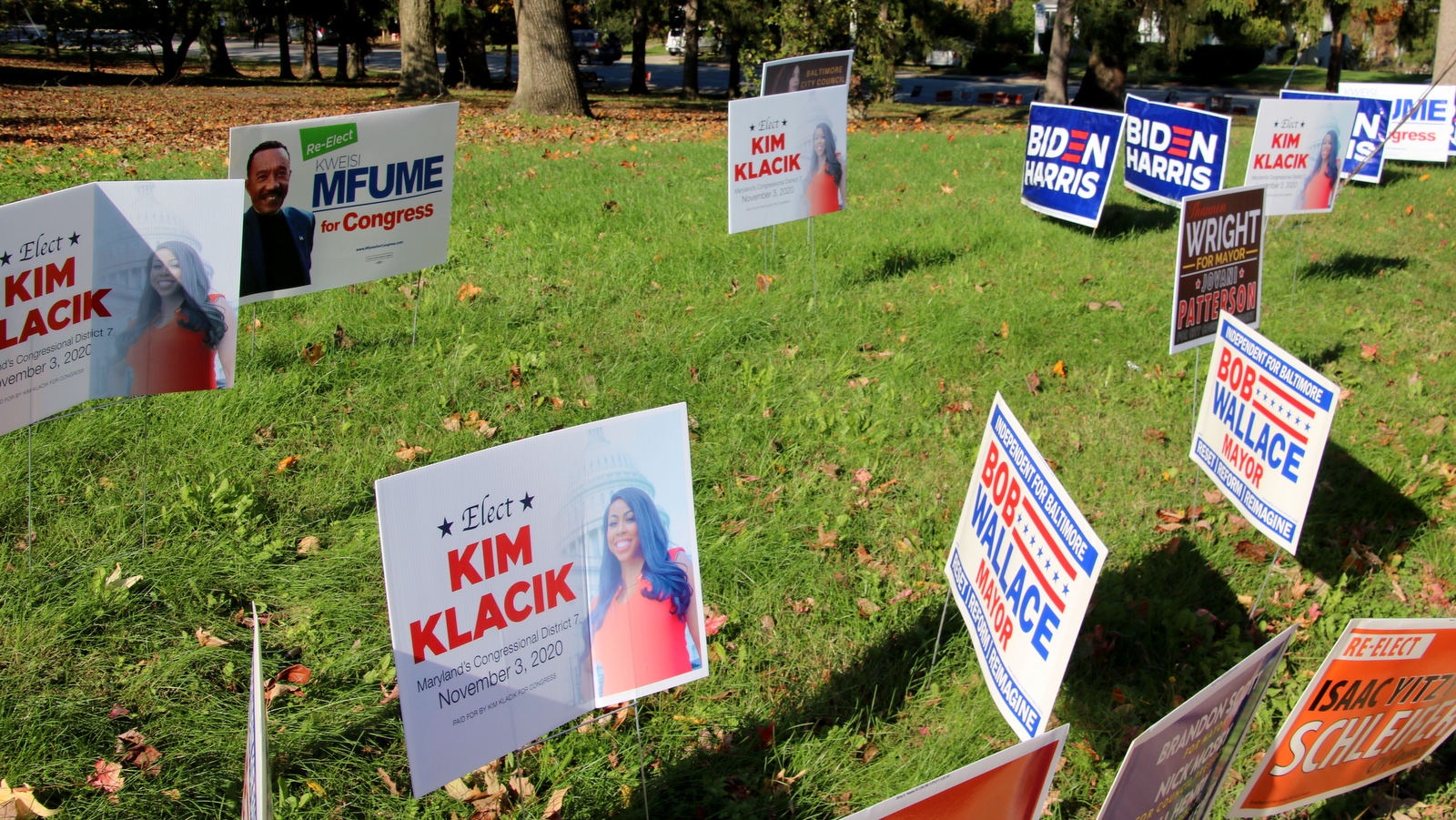 It’s safe to say that Wayne Wooden’s choice of the GOP candidate doesn’t reflect the likely outcome in deeply-Democratic Baltimore. But he does appear to share views with Trump’s base, broadly speaking.

Wooden said he doesn’t blame Trump for playing down the seriousness of the virus in February (“He didn’t want to spread fear and panic”) and doesn’t resent him for paying only $750 in income taxes in 2017, according to the New York Times

“He probably doesn’t pay anything! Once you get big and powerful, you have people to help you do that,” he said. “It’s just how it goes.”

Asked what would he want from four more years of Trump in the White House, Wooden had a ready answer: