Back in March, when a new and alarming virus prompted the cancellation of his show in Oakland, vibraphonist Warren Wolf had his first inkling of how his life was about to change.

“We got the word right on stage during the soundcheck – the gig wasn’t happening,“ recalled Wolf, a Baltimore native who is one of the jazz world’s leading voices on his instrument. “I remember flying out there, and a lot of guys were already nervous about the virus.”

As the weeks went on, with Covid-19 exploding into a full-blown pandemic, prompting lockdowns and continued cancellations, Wolf saw his income dry up. He contemplated finding gig work, applied for a job with Amazon and even considered becoming a police officer.

“I’m battling it in my mind. We all have kids and responsibilities,” Wolf recalled. “I applied and got hired by Amazon, but I turned it down. And I’ve also looked at Carroll County and Baltimore County police work, to look into being an officer.” 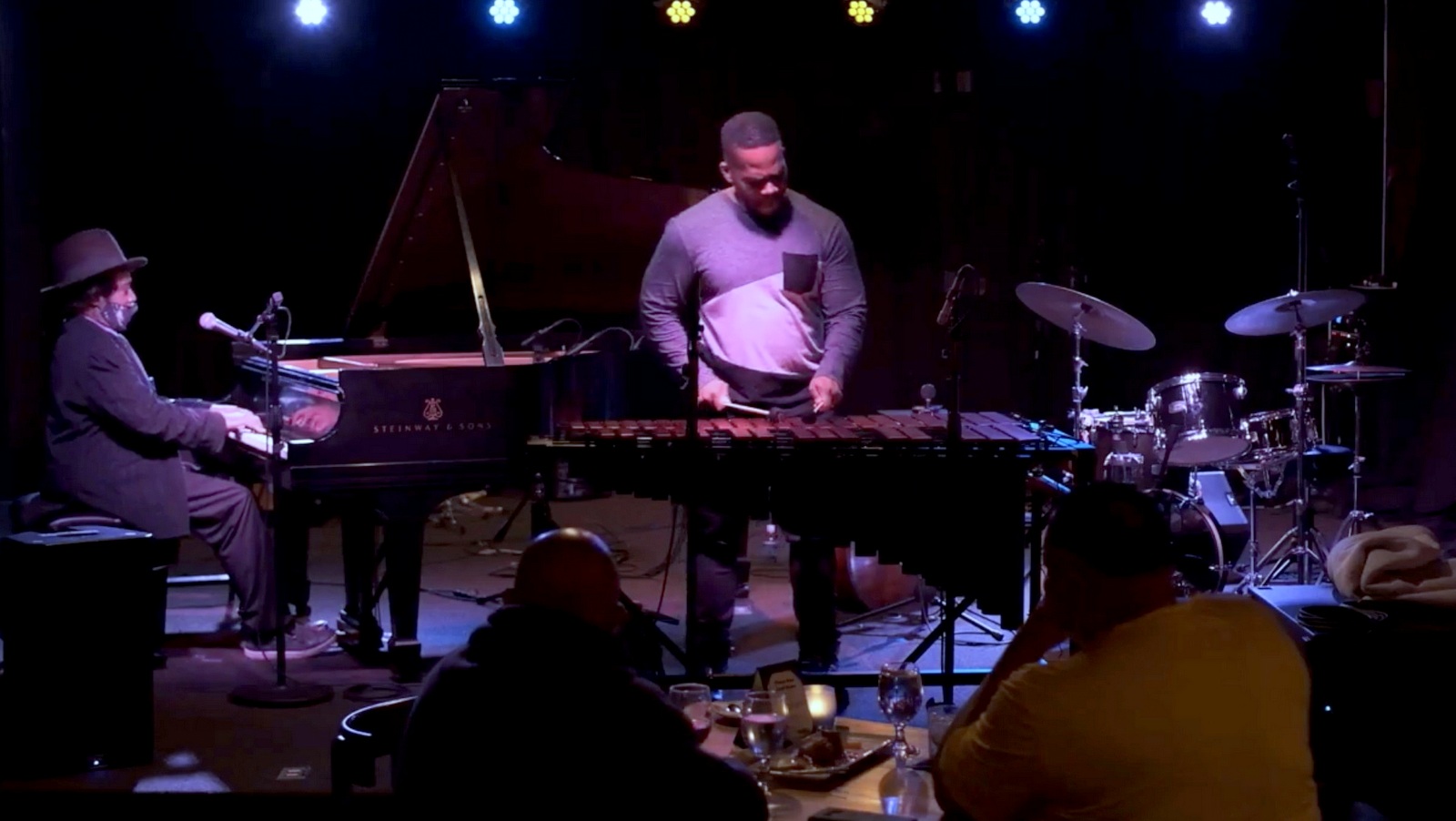 And then on December 11 came the latest setback for the jazz community, when Mayor Brandon Scott shut down indoor and outdoor dining in the city.

For Todd Barkan, that’s meant closing down Keystone Korner – his southeast Baltimore restaurant and bar that books top local and national jazz artists – until February 11. And for Barkan himself, it’s meant halting his own salary and filing for unemployment.

An acclaimed jazz impresario and producer, Barkan operated a jazz club in San Francisco by the same name in the 1970s and early ’80s that was legendary.

“My favorite expression is ‘strive to survive,’ and that’s where we still are,” Barkan told the The Brew, standing outside the idled Harbor East bar and restaurant.

The pandemic prohibitions on indoor gatherings have dealt a crushing blow to the performing arts, one that’s been especially devastating for jazz, which has struggled to broaden its appeal.

And in Baltimore, which has a great jazz history but a small fan base, the challenge for musicians has been even greater.

“For those guys who got the big gigs, those will still happen,” said local saxophonist, composer and teacher Russell Kirk. “But for a lot of us, it’ll be a struggle to get by. For those jazz musicians who played local clubs, they’re now asking, ‘Will it ever go back to the way it was?’”

Keystone Korner and other venues have tried to adapt by offering live-streamed concerts.

Henry Wong, who switched his An die Musik to a fully virtual space, says the Mt. Vernon venue has had good ticket sales for its streaming concert series. Still, he agreed that musicians without a university position or outside source of income are struggling.

“If you’re a musician relying on getting paid from a restaurant where people would go to eat, those people are the ones in a really dire place,” Wong said.

Servers and other staff have been hurt as well. Barkan had to lay off his entire staff of 25 people in March. When restrictions eased up in June, he was able to bring back eight as a skeleton crew to run the venue and kitchen at lower capacity.

Keystone Korner hosted a “Survival Series” in July and recently created a GoFundMe page, asking for donations to help support the venue. (It currently has $7,155 of its $250,000 goal raised.) 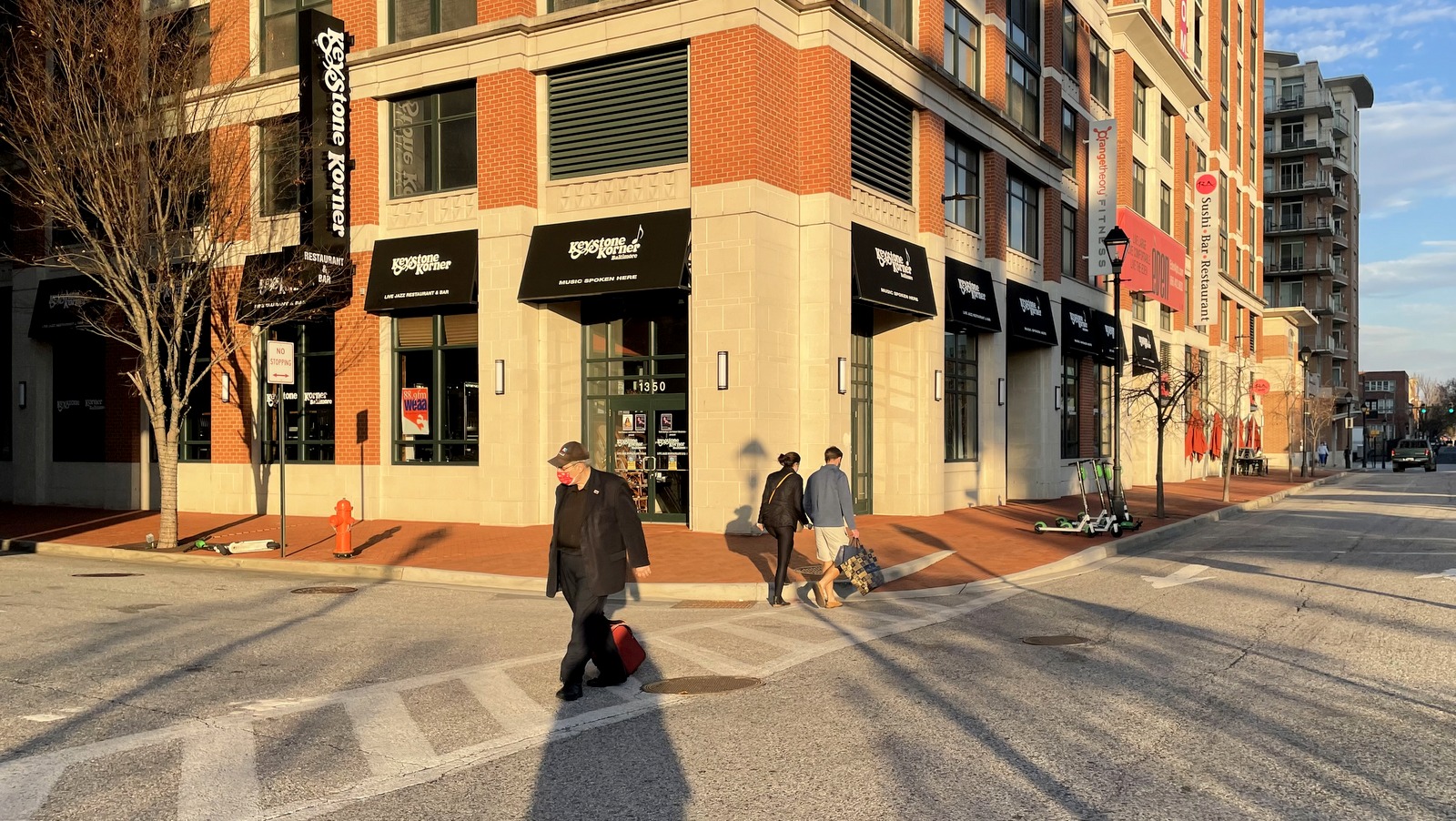 The evaporating opportunities have many jazz musicians turning to other sources of income and becoming increasingly embittered.

“What I saw as potentially the death of my career back in March is unfortunately becoming more of a reality,” said Jeff Reed, one of the city’s busiest and most respected bass players.

“It was a wave in the ocean, and we were at the top, but then everything crashed” – bassist Jeff Reed.

Reed, who previously had 5 to 10 gigs per week, described Covid-19’s impact on him as devastating, especially the loss of opportunities to play in public with other musicians.

“To have it all gone, it was a huge blow,” said Reed, who lately has been taking classes in Information Technology and applying to jobs managing computer networks in an effort to support his family.

The pandemic has given him time to step back and see the aspects of being a professional musician that he didn’t care for, like dealing with hecklers in the crowd and the constant driving to gigs.

“It was a wave in the ocean, and we were at the top, but then everything crashed,” he said. “When you’re on the wave, that’s when you don’t realize everything else going on below.” 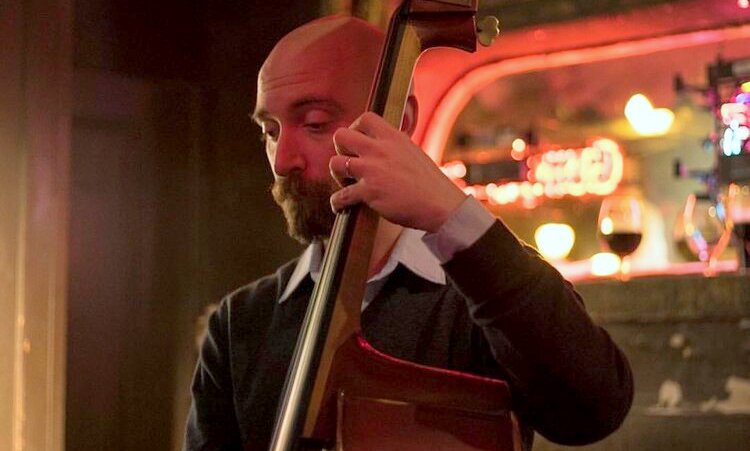 Many players agree with Reed that jazz thrives on the feedback from a live audience, unlike rap or electronic music that can more easily be reproduced remotely.

“Especially here in Baltimore, we have an expectation, where people will yell, ‘Get it! Yeah!’ We call that ‘gettin’ house,’” Kirk said. “When you get house, it feels good. It pumps you up. Jazz musicians are used to playing for small amounts of people, but it doesn’t matter, they pump us up.”

“For me, you play for the musicians,” Green said. “If this was a different genre maybe, but we’re not showboating, trying to get a rouse out of the crowd.”

Kirk said he and others have tried to make the most of the downtime by coming up with unique group practicing routines. The result of one such experiment was this video in which a bunch of Baltimore musicians attempt to improvise over the song “All the Things You Are” in 12 keys.

“Especially here in Baltimore, we have an expectation, where people will yell, ‘Get it! Yeah!’ We call that ‘gettin’ house’”  – Russell Kirk.

Creative approaches to the pandemic like this get a thumbs-up from trumpeter Sean Jones, director of the jazz program at Johns Hopkins University’s Peabody Conservatory.

He applauded those who have organized outdoor performances, stoop concerts, streaming events and other ways to get through Covid.

“Some of these cats are recent graduates who are making it happen – and I don’t hear them complaining, they’re going after it,” Jones said. “The cats who aren’t doing as well are the folks who don’t want to adapt, they’re reluctant to change, and change is inevitable.” 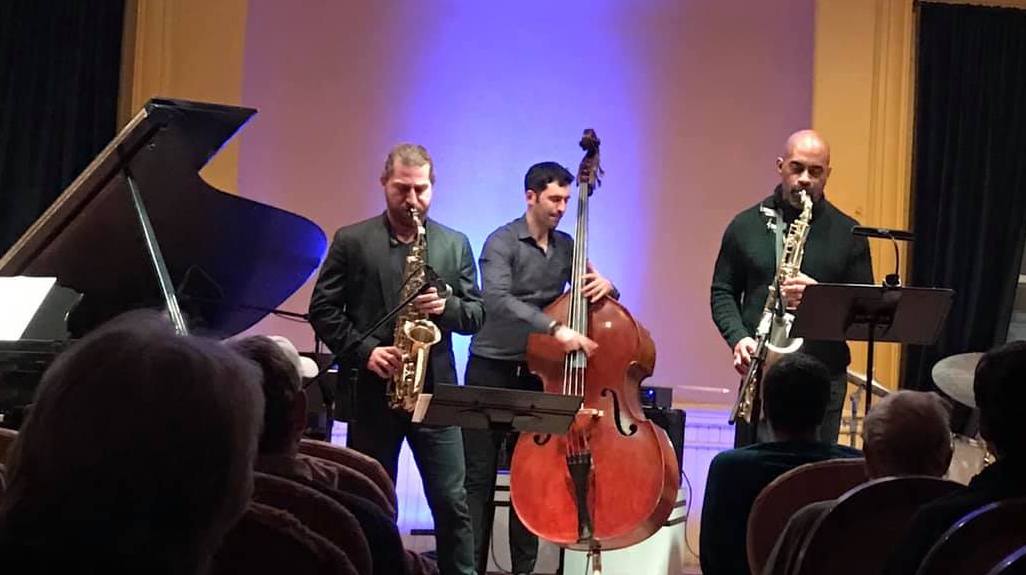 Jones, who moved to Baltimore from Boston (“The quality of musicianship here is just as high! Everyone in the area is so damn cool!”), encourages local players not to give up because of the pandemic.

“Anything is possible,” he stressed. “Music is not the music business.”

Their work, in a musical genre that is so much about “expressing the pain that people feel,” is needed now more than ever amid the challenges of the pandemic, he added.

“Jazz is going to get us through this.”