• Seeking exoneration, Marilyn Mosby instead gets a highly critical report from Baltimore’s IG (2/9/21)

Interviews with past members of the Board of Estimates, the clerk who oversaw the travel policy, agency heads and others, she said, led to one conclusion.

Meanwhile, City Solicitor Jim Shea, reviewing the city’s travel policies at the request of Comptroller Bill Henry, concluded that the reporting requirements in the Administrative Manual were ambiguous, leaving “no clear answer” about whether Mosby was in violation of them.

A City Hall work group has been convened to review the travel rules.

“Is it possible,” Hall asked, “the problem lies with the ways the manual explains the rules?” 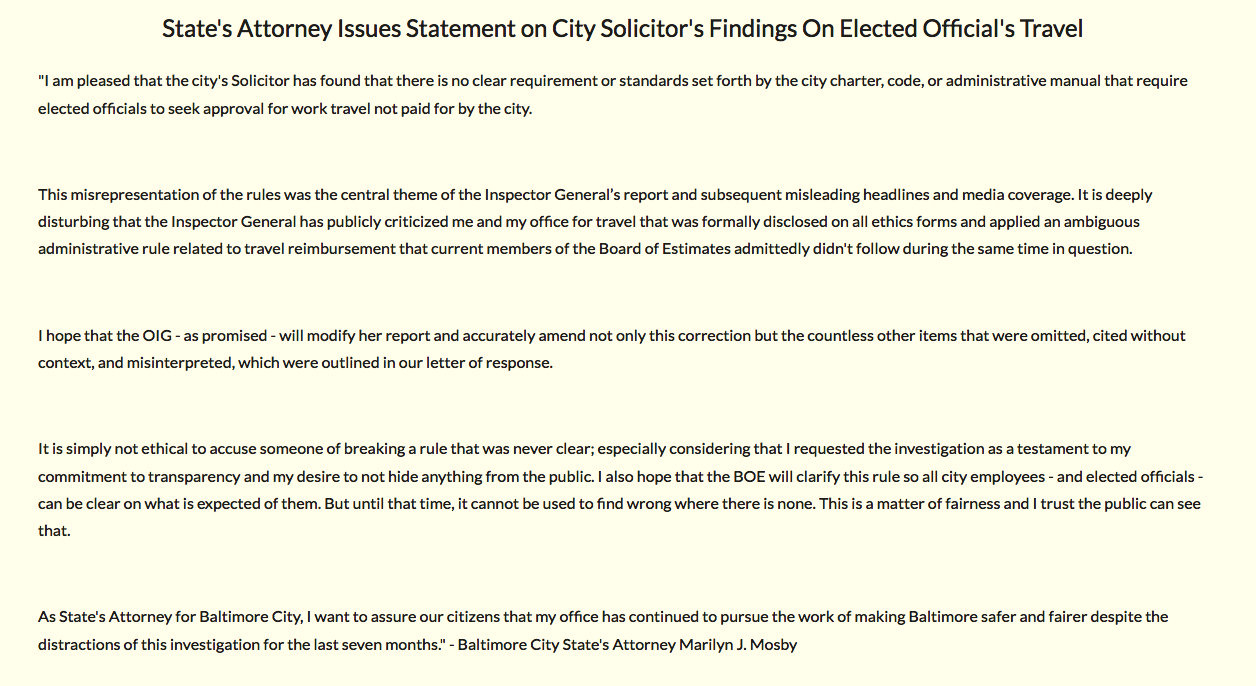 State’s Attorney Mosby has not spoken to reporters about the OIG report, but last week issued this statement on Twitter.

Board approval of the travel, she said, would show, “if anything happened for liability purposes, this was a sanctioned event.”

Hall asked about Mosby’s objection to “people insinuating that she is doing something unethical or illegal.”

He quoted from Mosby’s lawyers’ complaint that the OIG report portrayed the state’s attorney’s trips to overseas conferences as “gallivanting around as a tourist.”

Others are free to come up with their own interpretations (“I think it’s wonderful that the mayor is trying to clear up the solicitor’s concerns”), but the Office of the Inspector General is only required to produce facts, she said.

“My office did that – we absolutely stand by our report.”