Project TR 16301, replacing the Broening Highway bridge over Colgate Creek, is special even by Baltimore contracting standards: it hasn’t yet started, but it’s already 26.1% over budget.

A $4,641,050.84 EWO (extra work order) was approved by the Board of Estimates – unanimously and without discussion – last month, even though construction won’t get underway until spring or early summer.

That’s spring or early summer 2021, despite the “Progress Ahead” signs the city Department of Transportation has erected along Broening Highway announcing the replacement bridge was completed last December.

In other words, construction that will cost millions more won’t be finished until sometime in 2022, at the earliest.

This delay increases the risk that the existing bridge could collapse – its deck is crumbling, there are fractures in some of the steel girders, and the concrete substructure is spalling and cracking.

Since March 2013, the bridge has had a “sufficiency” rating below 50, meaning it is at risk of failure.

They are the working-class communities whose old and battered roads are the routes by which overweight and oversized trucks go around the compromised bridge to and from the port.

DOT proclaims a project that hasn’t started was completed on 12/21/20, while trucks continue to ply southeast streets to reach I-95 from the port. (Mark Reutter) 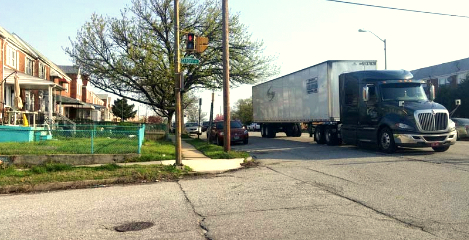 So what happened to a project described as the single “most critical infrastructure need” to keep the Maryland Port Administration’s Seagirt and Dundalk marine terminals competitive in world markets?

• “Without the sorely needed replacement of the Colgate Creek Bridge and creation of a safe, efficient freight route to I-95, economic competitiveness of the Port of Baltimore will be severely diminished.”

• “The Colgate Creek Bridge is at risk of failure, which would result in catastrophic impacts on freight traffic and the surrounding communities.”

• “This investment makes it possible to sustain the economic competitiveness of a port which supports close to 15,000 direct jobs and over 100,000 port-related jobs.”

DOT blames environmental restrictions for the delays, specifically, the necessity of revamping bridge construction because a property east of the bridge is a hazardous waste site. This meant that after Allan Meyers, the lowest of bidder, was awarded the contract in 2017, city engineers renegotiated key sections of the contract.

The Colgate Creek Bridge had a 47.0 sufficiency rating in 2018. Any bridge below 50 needs to be replaced, according to federal guidelines. Allan Meyers (misspelled as Myers BELOW) was the original low bidder. Now its contract price is up to $22.4 million. 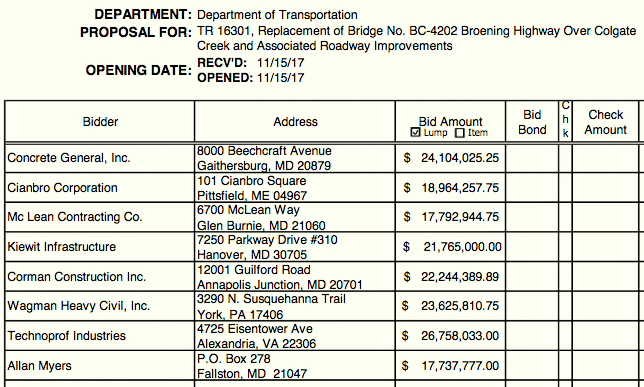 The negotiations resulted in “redline” (or post-award) changes that added $1,654,085 in working time and nearly $3 million for a trestle system to avoid incursions into the waste site or Colgate Creek.

But that’s okay, says DOT bridge supervisor Scott Weaver, because the department had estimated that the replacement bridge would come in at about $21 million and was surprised at Meyers’ bid of $17.7 million. 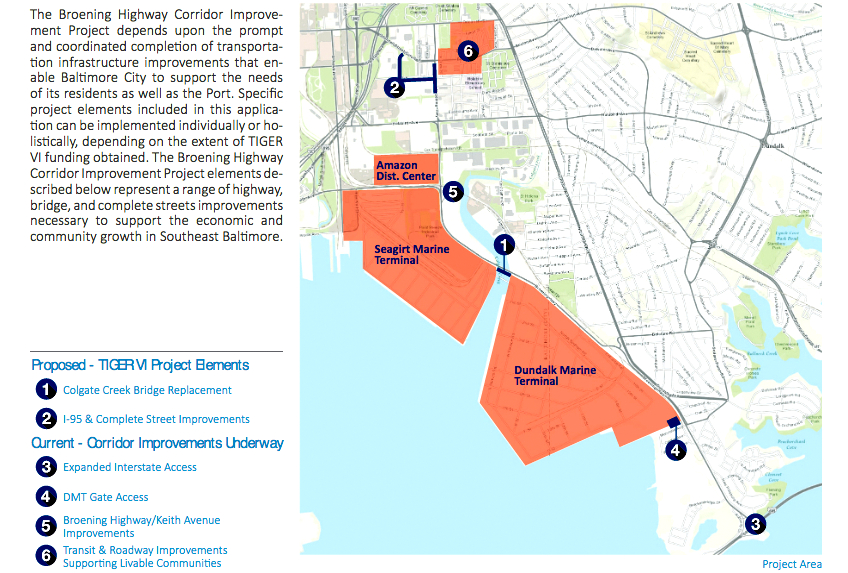 The replacement bridge is the No. 1 transportation improvement earmarked for the port.

Why weren’t the redline changes incorporated into the original bid documents, allowing all of the contractors to compete, since knowledge of the hazardous waste site was well-known to DOT engineers?

Weaver blames haste, namely, the need to submit a proposal to the federal government to obtain a TIGER (Transportation Investment Generating Economic Recovery) grant, a program whose increased funding was engineered by Barbara Mikulski before she retired as Maryland’s U.S. senator.

The $10 million TIGER grant, announced with fanfare by Mayor Stephanie Rawlings-Blake in 2016, would supplement the city’s $11.5 million matching grant and $2 million from the Maryland Port Administration. 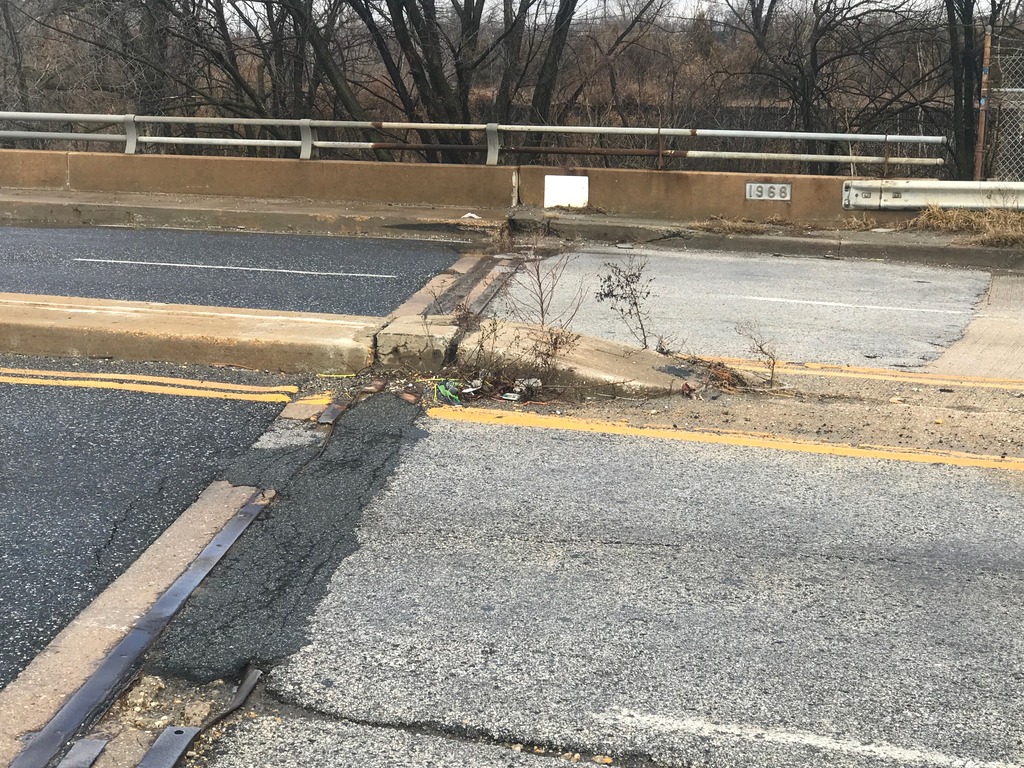 Stretching 578 feet across tidal Colgate Creek, the existing concrete bridge is 70 feet wide and was completed in 1968. (Mark Reutter)

Where it Now Stands

Weaver blames the delays since 2017 on the snail’s pace of state and federal approvals (“it takes time when you got to deal with so many parties,” he says).

But DOT, which has seen five acting and permanent directors come and go since 2016, wasn’t working at lightning speed, either. More than two years passed, for example, before the city and Allan Meyers agreed on the redline changes.

On May 12, 2020, DOT completed an Expenditure Authorization Request Form, the first step in obtaining sign-offs from state and federal officials for the $4.6 million in added bridge costs.

“Covid slowed down everything,” Weaver said.

And it wasn’t until January 20, 2021 that the paperwork was submitted to the Board of Estimates, which approved the added expenditure as part of an unanimous voice vote at its February 28 meeting.

Weaver says the new bridge will be on the same alignment as the old bridge with the same number of lanes, two westbound and two eastbound.

The existing 10-span concrete structure will be converted to a six-span structure with wider sidewalks.

Otherwise, the replacement will resemble the current bridge except that it will be able to carry the port’s heaviest trucks and have an expected service life of 100, not 50, years. 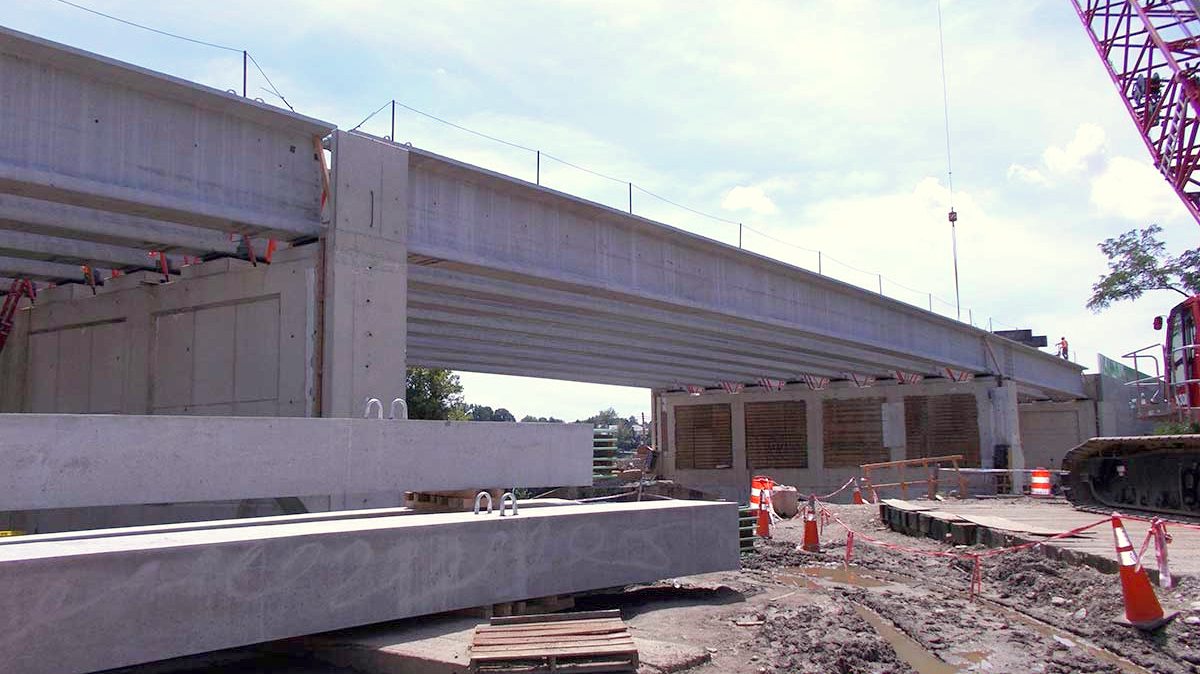