They dub it “a year-long, high-impact experience” – a leadership program established by Harvard University, using money from Michael Bloomberg, for mayors from around the world.

And Baltimore’s own, Brandon Scott, is now enrolled.

Today was his third day in New York City, attending in-person classes at the Bloomberg Harvard City Leadership Initiative, before heading back tomorrow to a City Hall that he has kept closed since the start of his term because of Covid.

Scott joins 37 other mayors who will undergo “immersive classes of cutting-edge training” taught by staff from the Kennedy School of Government and Harvard Business School.

His four-day trip, costing $6,950, including $950 for lodging, $600 for the train and nearly $5,000 for tuition, curriculum and materials, was fully paid by the initiative’s sponsor, Bloomberg Philanthropies.

No travel money has been requested by Scott’s office from the Board of Estimates.

Key goals of the program: “improving the way city halls engage with the community” and “leading change.”

This year’s curriculum will focus on the management skills needed to confront the ongoing challenges of Covid-19 in cities, according to a press release from Bloomberg Philanthropies.

The three topics the mayors collectively say they want addressed during their class sessions:

• “Improving the way city halls engage with the community.”

• “Enhancing communications in order to inspire action among residents.” 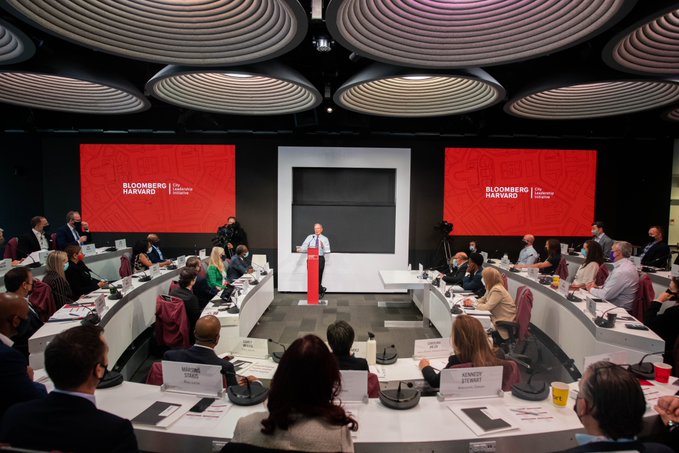 The mayors attending the opening session of the leadership course were greeted yesterday by Michael Bloomberg. (@BHcityleaders)

According to the press release, the “Class of 2022” represents the most diverse student body since the leadership school was established in 2017.

Among the mayors selected, 17 are women, 19 are Black or Hispanic, and 15 are, like Scott, in their first year of office.

“We’re looking forward to working with this year’s class as they continue to lead us through this crisis and build a better, more resilient future for their cites,” said Bloomberg, who has famously lavished $3 billion-plus on his alma mater, the Johns Hopkins University.

In 2017, the former mayor of New York gave high praise (she’s “got guts“) and $6 million to then-Mayor Catherine Pugh to buy new technology for the Baltimore Police Department and pay the salaries of a “Bloomberg Innovation Team” tasked with improving city services.

We asked Scott’s office today for further information about the leadership school, including how many days the mayor expects to devote to classwork, the course curriculum and what skills he hopes to sharpen.

This story will be updated when we receive it. 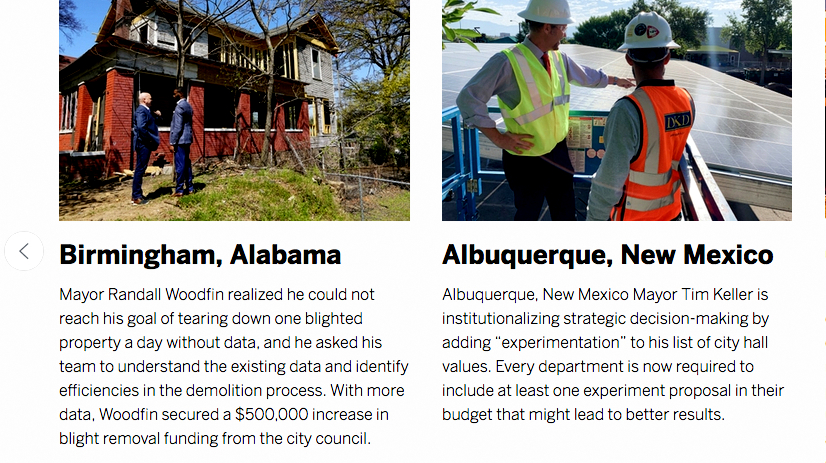 Two success stories of Bloomberg-Harvard Leadership alumni who applied the lessons they learned from classes. (bloomberg.org)