The yellow demolition signs posted on the rowhouses on West 29th Street opposite Wyman Park Dell signal the end is near for the Johns Hopkins University-owned properties:

The 111-year-old structures, which community members fought to save, will not be preserved and are going to be razed this month, a spokeswoman for the university said today.

Demolition was “paused” last year for a review after an uproar over the destruction of the now-vacant buildings, which preservationists said are a prime example of Edwardian architecture.

The review concluded with the plan basically unchanged: to take down the buildings at 5-19 West 29th Street and leave a patch of grass.

“The university has determined that the size and condition of the structures makes rehabilitation infeasible, and it is necessary to proceed with the demolition,” Jill Rosen, director of media relations, said in an email.

Rosen said the university is taking a number of steps in response to community concerns:

• Creating and maintaining open space on the site – “sodded and un-fenced” – for community use.

• Working with their contractor and local salvage firms to recycle or reuse as much material as possible, diverting waste from landfills.

• Continuing to invest in university-owned buildings in Charles Village.

Aside from noting the demolition would start this month, Rosen provided no other information on the timetable for use of the parcel.

“The university has no plans for redevelopment of the site at this time, and will keep the community informed and seek community input for the future,” she wrote.

In 2020, a University official said at a community meeting that the demolition process would take four months. 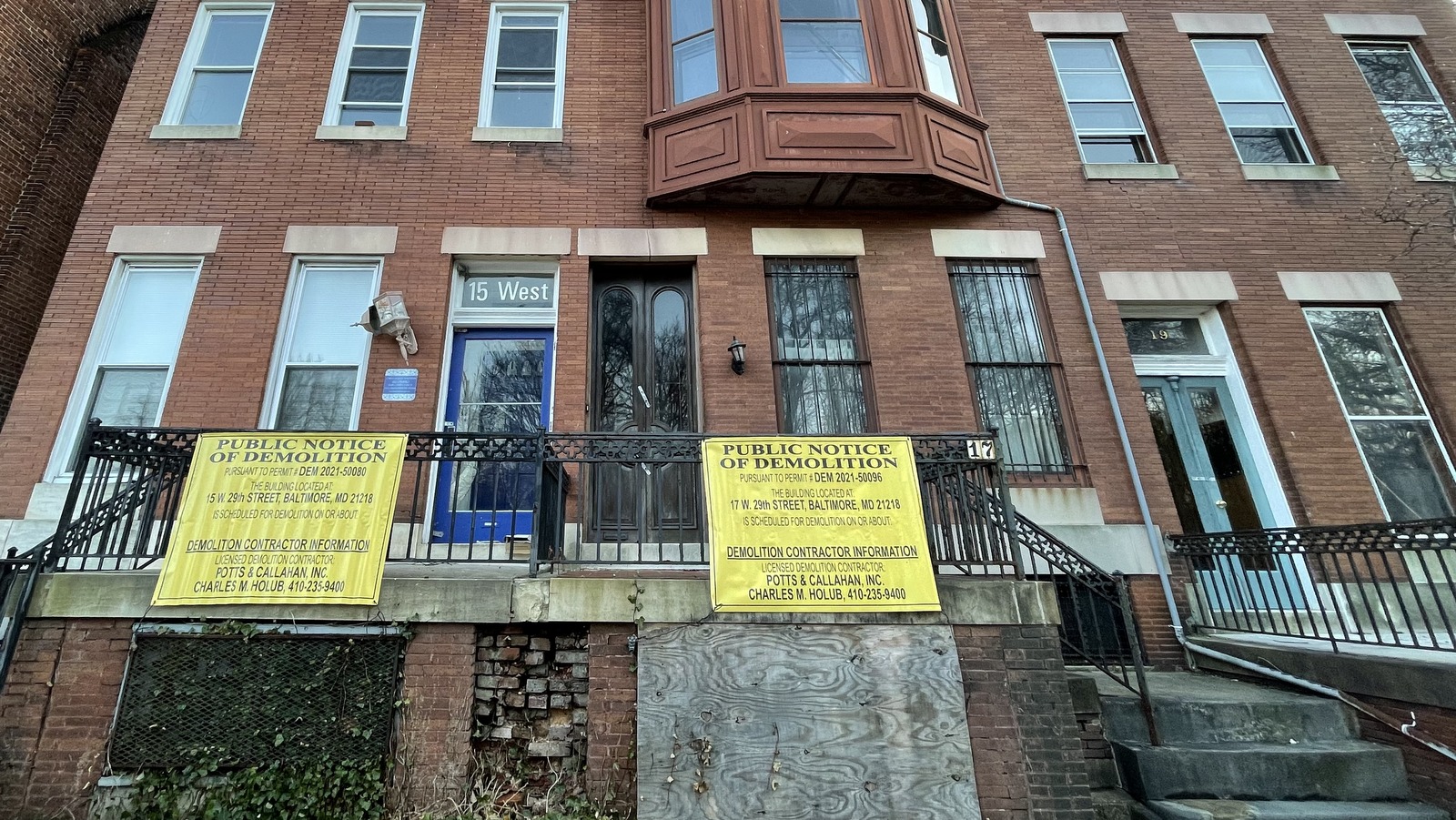 The seven rowhouses were designed by John R. Forsythe, a popular Baltimore architect who later designed the art deco Pimlico Theatre near the Pimlico Race Course.

They were erected in 1911 by James T. Miller. Each was advertised as luxury housing priced at $9,500, a considerable sum for the time, according to “A Brief History of Charles Village.” 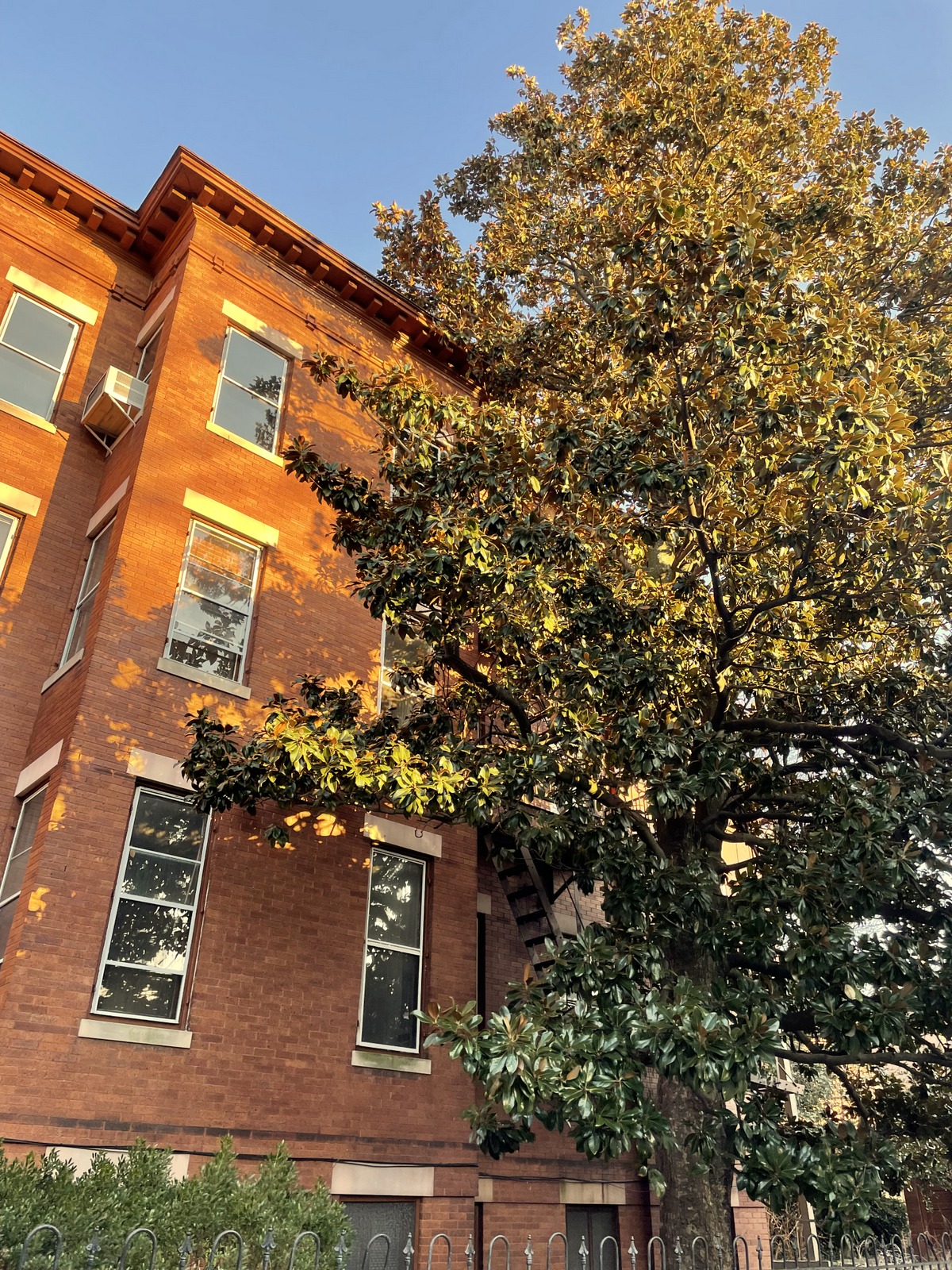 Hopkins officials say this large magnolia tree behind the rowhouses will be left standing after the buildings are demolished. (Fern Shen)

At the November 2020 online meeting, Hopkins officials said the buildings had become severely deteriorated, attracting graffiti and rats, and becoming a magnet for homeless people.

Community members asked how structures so close to the Homewood campus were allowed to deteriorate.

Lee Coyle, senior director of planning and architecture at Hopkins, said they couldn’t speak to what happened before they were hired.