Baltimore County Executive Johnny Olszewski is trying to counter the perception that he is more interested in talking about transparency and accountability in county government than practicing it.

Rehabilitating his reputation is fine as long as he does so by making substantive changes. He has taken small steps – whether begrudgingly or otherwise – in the right direction.

Olszewski’s reputation was tarnished when legitimate concerns were raised about his lack of support for Inspector General Kelly Madigan, whose efforts enjoy wide public approval.

His press secretary, Erica Palmisano, recently stated that Madigan asked Olszewski to include funding for three additional positions for her office in the proposed county budget for FY 2023 that he submits to the County Council on Thursday.

There are two takeaways from the disclosure.

The first is that Olszewski will include the requested funding in the proposed budget, which is a good thing. There is no way that he made her modest request public if he intended to deny it.

The second is that Olszewski is desperate to shake the rap that he gives only lip service to transparency and accountability. In the past he has refused to reveal the annual budget requests made by the heads of county offices and departments on the basis of “executive privilege.”

Olszewski disclosed Madigan’s request so that county residents would realize that he is fully funding it.

Waiving the claim of executive privilege for one agency, however, jeopardizes his legal right to claim it for any agency.

He apparently viewed the political harm from not disclosing the IG’s budget request as worse than any potential “harm” from being forced to make other agency requests public. Of course, if he truly is committed to transparency, he would end the secrecy surrounding departmental budget requests voluntarily.

Why all the secrecy about departmental budget requests?

Withholding the annual budget requests of county agencies from both Council members and the public is an abuse of a privilege intended to preserve the integrity of the “deliberative process.”

The theory behind the privilege is that the free flow of advice and counsel to the county executive would be inhibited if it could be made public and doing so therefore is contrary to public interest. The purpose is not to protect the county executive’s decisions from scrutiny and criticism.

The public has the right to know what resources the professionals in charge of county agencies consider necessary to run them.

Departmental budget requests are the first step in crafting a county budget and are prepared in considerable detail. The public has the right to know what resources the professionals in charge of county agencies consider necessary to run them.

For example, if Fire Chief Joanne Rund believes that she needs to add firefighters and paramedics to adequately protect county residents, isn’t that something that residents have the right to know?

Why would it be “contrary to public interest” to ask a county executive to publicly defend a decision turning down such a request?

Olszewski has a history of indifference toward transparency.

Olszewski cast doubt on his commitment to transparency by leading the successful opposition to reform of the Maryland Public Information Act (PIA) in 2020 as an officer of the Maryland Association of Counties (MACo). The proposed revisions resulted from recommendations by the PIA Ombudsman and Compliance Board prepared at the request of the General Assembly.

Public pressure intensified, and reform of the PIA was passed the following year in the form of the “Equitable Access to Records Act.”

Key provisions, however, were amended out of the act, including a requirement that record custodians collect and publish data on the timeliness of their responses to PIA requests. Baltimore County officials undoubtedly breathed a sigh of relief, given their tendency to slow-walk PIA requests.

He has seriously damaged his credibility along the way. For example, reports surfaced that developer David Cordish received approval to build a tennis barn next to his Greenspring Valley home without the required administrative hearing after Deputy County Administrative officer Drew Vetter intervened on his behalf.

Olszewski did his credibility no favors by vigorously denying that Cordish received preferential treatment from his administration, despite substantial evidence to the contrary. 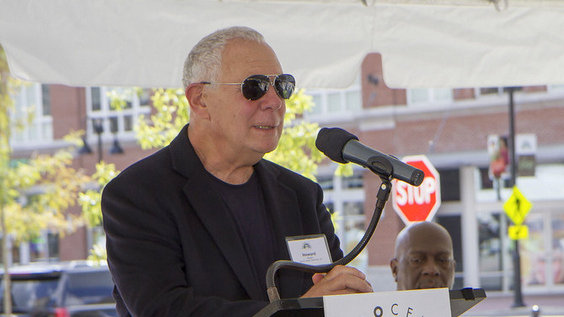 The Olszewski administration also came down on the wrong side of accountability when it learned about an unlawful waiver of fees and charges initiated during a prior administration for the development of Metro Center at Owings Mills.

Rather than end the waiver, administration officials pressured Michael Mallinoff, the former director of permits, approvals and inspections, to continue to apply it despite its clear impropriety, according to the IG Madigan.

And then there was Olszewski’s attempt to neutralize the effectiveness of the IG that began with an attempt to limit her access to county records and culminated in a draft bill that would have stripped the IG of her independence and powers. Olszewski’s credibility suffered another blow when he implied that Madigan approved of the bill, which she promptly denied.

A public outcry dissuaded him from introducing the bill, but the damage to his reputation was done. He tried to make amends by appointing a “blue ribbon” commission to study the laws governing the IG’s office.

He awarded a $99,000 contract to the Schaefer Center for Public Policy of the University of Baltimore to assist the commission with recommendations.

The hostility displayed by some County Council members toward Madigan during the hearing on her budget last May was a teachable moment.

We learned that more than a ordinance is needed to protect the IG’s independence and effectiveness from Council members who feel threatened by the IG.

I am confident that the Schaefer Center will draw from best practices for state and local IG offices and recommend that the independence, core functions and powers of the IG be hard-wired into the county charter, safe from political interference.

Hopefully, Olszewski has seen the light, and there will be a culture shift within his administration toward transparency and accountability. But any improvement must be measured by his actions, not his words.