Seven months after the city stopped spewing millions of gallons of water off a railroad bridge next door, Mount Hebron Baptist Church is faced with a new infrastructure crisis.

Murky untreated sewage is bubbling into the fiberglass pool that the church uses for baptisms.

Charles Levi, a trustee at the venerable church, which borders the rail line at 2651 West North Avenue, first detected a thin coating of murky water at the bottom of the pool about three weeks ago.

Repeated calls to 311 and the Department of Public Works yielded no answers as to where the sewage is coming from, Levi said, reminding him of his year-long campaign to get the city to turn off the water raining down from the CSX bridge.

“It’s like I go round and round with this city. Doesn’t anyone take responsibility anymore?” he asked in frustration today.

“It’s like I go round and round with this city. Doesn’t anyone take responsibility anymore?”  – Charles Levi.

Now over a foot deep and getting smellier by the day, he believes a damaged or clogged-up city main is responsible for the mess.

He said he was especially surprised to learn yesterday from a 311 operator that “a crew came out on Saturday and talked to me cause I wasn’t at the church on Saturday.”

There is evidence, he said, that someone had opened the manhole cover next to the overgrown alleyway that separates the church from the mostly vacant rowhouses on Braddish Avenue.

“This is where I think the problem lies, this old sewer line. And, yes, it could be our feeder line, but a plumber ran a snake through the entire line and found nothing. That’s why I need the city to respond to us before things get worse.”

The phone number of the latest DPW supervisor he talked to was not answered today, and his voicemail box had not been activated. “Please try your call again later” was the message. 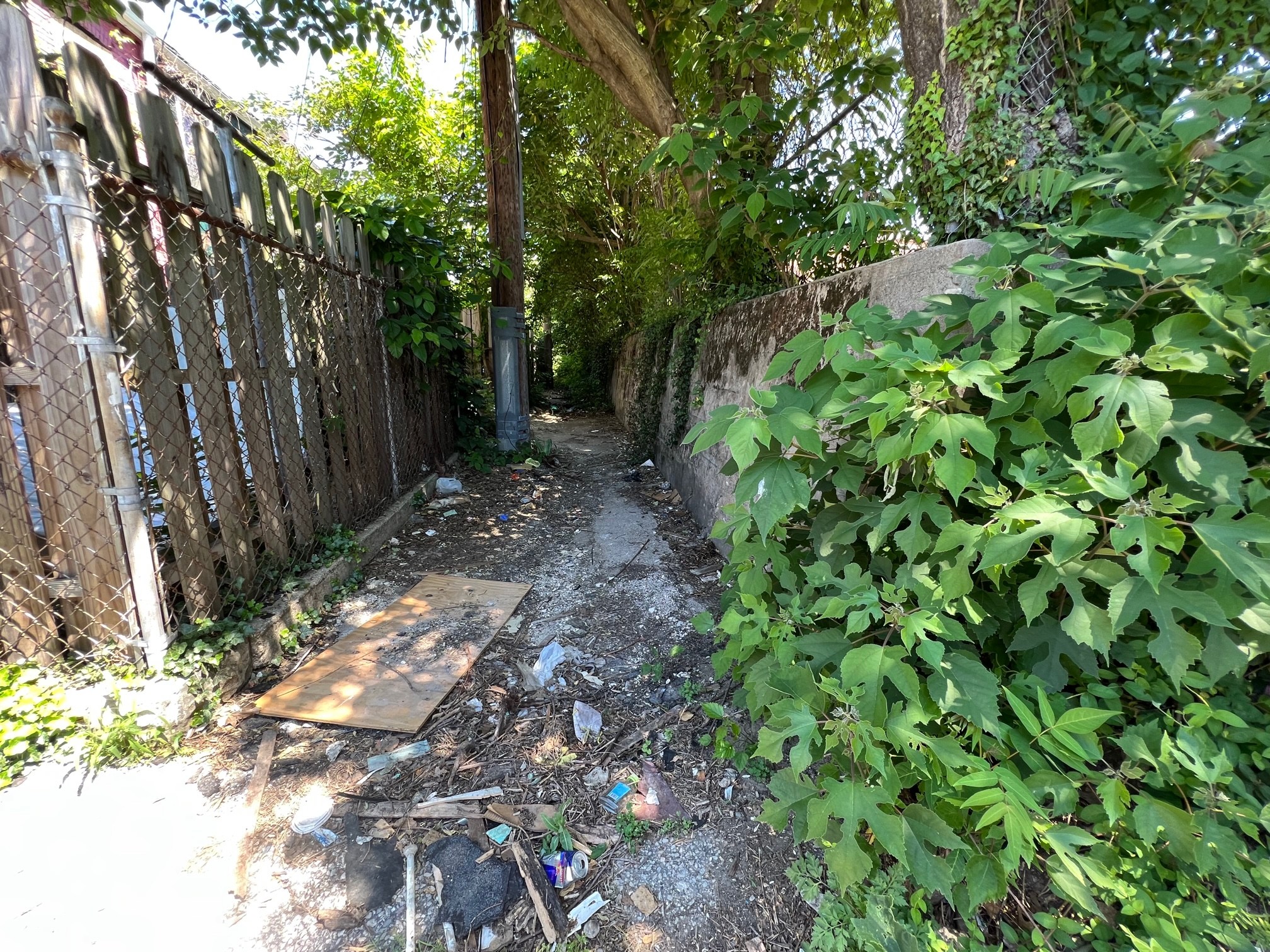 The overgrown alleyway next to the church where the city sewer main runs. BELOW: Another view of the murky water that’s rising slowly in the baptismal pool. (Mark Reutter) 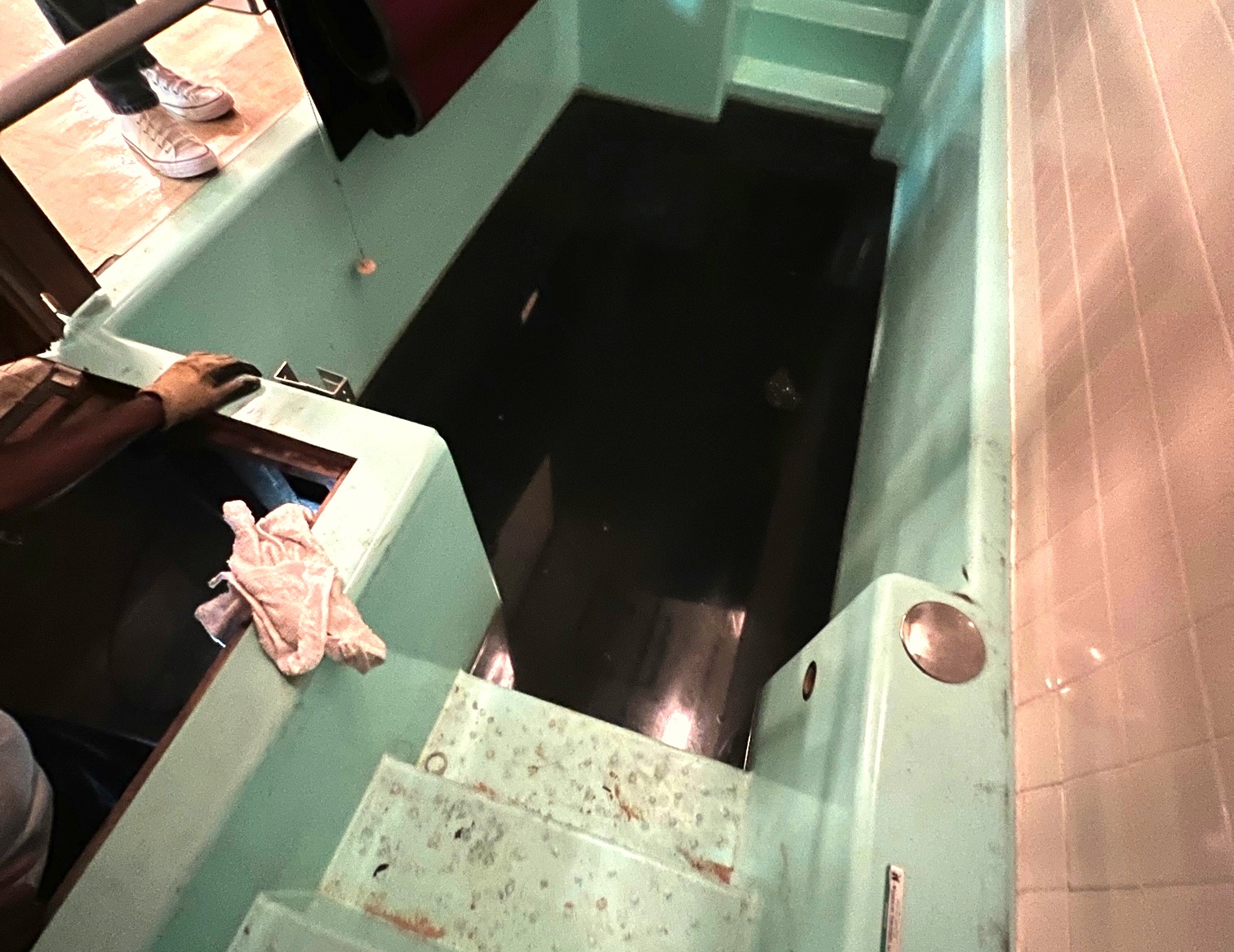 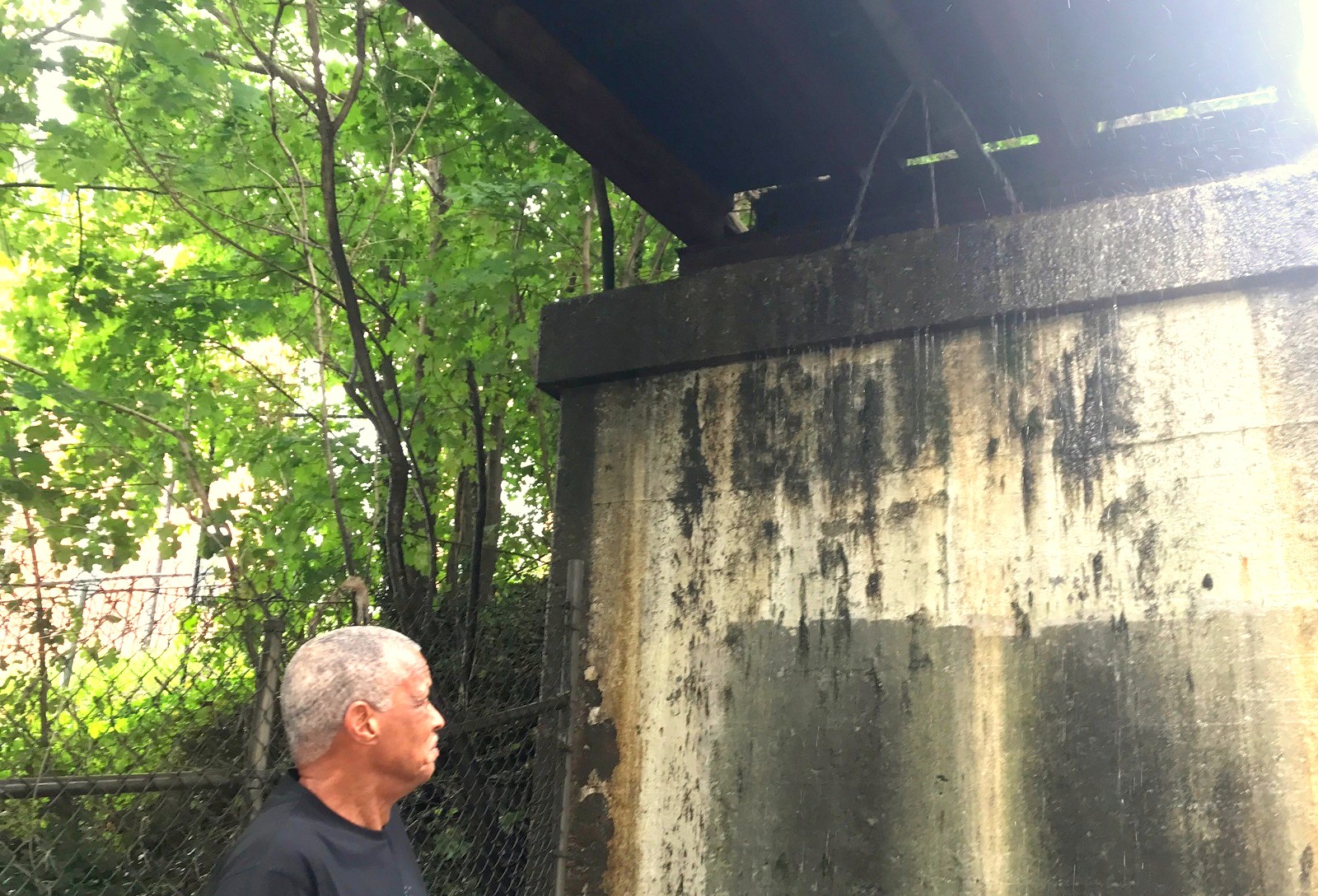 LAST SEPTEMBER: Charles Levi looks up at the water leaking continuously from the CSX bridge next to the Mount Hebron Baptist Church on North Avenue. (Mark Reutter)