In a church basement last night, attorneys Ivan Bates and Thiru Vignarajah were working through their familiar talking points, with a law professor moderating,

It was a forum for two of the three Democratic candidates for Baltimore State’s Attorney sponsored by the Roland Park Civic League. (In April, the group had brought in the incumbent, Marilyn Mosby, to address their monthly meeting.)

The forum was scheduled to take place from 7-9 p.m., yet before the first hour had passed, there was a surprise announcement.

“Unfortunately, Thiru does have to leave for another event,”  Vignarajah’s communications director, Alisa Vasquez, announced to the audience.

Civic League President Claudia Diamond appeared surprised, commenting that she had not been informed about the candidate having to leave early.

At about the same time, questions and critical comments were appearing in the online chat for the hybrid meeting.

The meeting’s moderator switched the chat so that it was no longer public. But not before one of the commenters had linked to a damning article about Vignarajah that had been posted online earlier in the day by independent journalist Justine Barron.

Barron’s article covers some of the same material contained in a Baltimore Sun candidate profile published in 2020 when Vignarajah was running for mayor.

The Sun article had recapped Vignarajah’s immigrant family history, Ivy League education and career as a city, state and federal prosecutor as well as his embarrassing 2015 hotel encounter and a controversial 2019 traffic stop.

The article’s description of his alleged behavior toward subordinates drew strong denials at the time from Vignarajah.

Barron’s piece, coming less than a month before the July 19 primary, focuses largely on the staff abuse allegations and includes texts between Vignarajah and Katie Dorian, chief of organized crime at the Office of the Attorney General.

Dorian, who worked with Vignarajah at the State’s Attorney’s Office when she began as an intern in 2012, describes what she calls an “abusive” professional relationship that escalated, she said, when she was hired as a law clerk and attorney and Vignarajah served as a deputy attorney general. 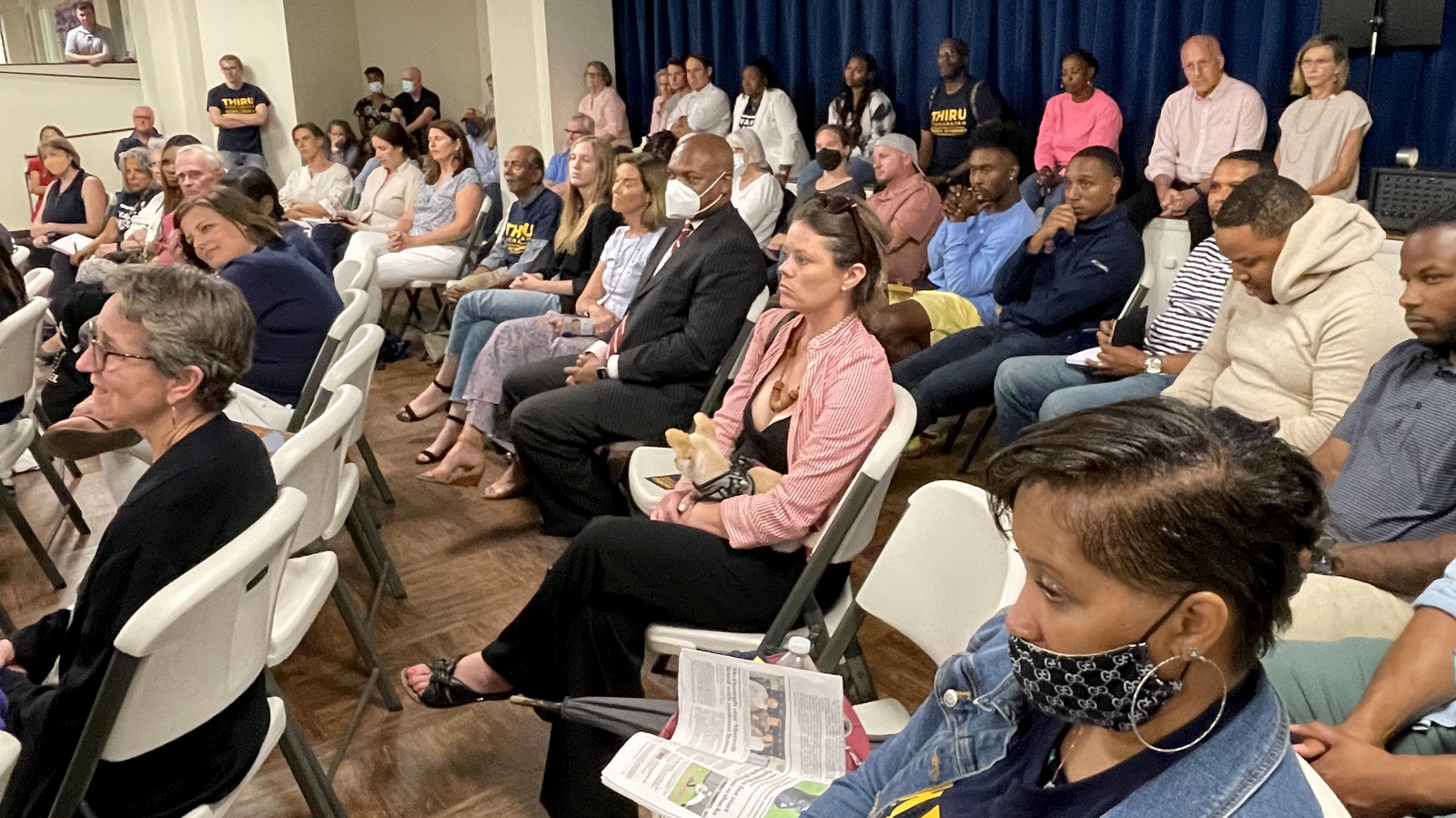 Vignarajah stayed at the meeting a bit longer after Vasquez made her announcement, but eventually departed, leaving Bates alone to answer the audience questions.

Asked after the meeting why Vignarajah had to leave early, Vasquez declined to say what event he had to attend.

Vignarajah has not yet responded to The Brew’s request for comment.

Ann-Baron Carneal, who was monitoring the chat for the Civic League meeting, was asked why she switched off public access to it.

Carneal said, as she understood it, the chat “was to be used only to communicate questions to the candidates,” according to rules set for the forum by its moderator,  Zina Makar, an assistant professor at the University of Baltimore School of Law.

In an email, Carneal further explained, “I informed those online to send me direct and succinct questions so that I could paraphrase easily when Zina asked if there were any online questions in the chat. The moderator’s rules also permitted participants to raise a hand to ask a question themselves, rather than pose the question online.

“During the course of the forum, a few participants began discussing the candidates and linking to articles in the chat, which was not in keeping with the forum’s rules. As such, I changed the preferences on the chat so that questions could be directed to me and then to the candidates.”