“Taking Care of Business” will be the theme of this summer’s Maryland Association of Counties (MACo) conference in Ocean City. Baltimore politicians are attending, but they’re not all taking care of travel reimbursements the same way.

Nick Mosby, the City Council president, has submitted paperwork – for approval at tomorrow’s Board of Estimates meeting – to be reimbursed at 186% above the $325 per diem rate established by the General Services Administration (GSA) for government employees at the resort town.

Mosby is seeking a $3,008.16 travel allowance to attend the conference. That’s essentially twice the amount requested by each of the four Council members who have so far submitted travel requests to the BOE.

By contrast, the Council president seeks taxpayer funds for a $539-a-night hotel room for four days.

That’s $200-per-night more than the highest rate paid by his Council colleagues.

UPDATE: Councilwoman Odette Ramos is also going to MACo, but will only bill the city the $355 registration fee. “I’m staying with family,” she explained.

Because her travel request is minimal, it does not have to be approved by the BOE. 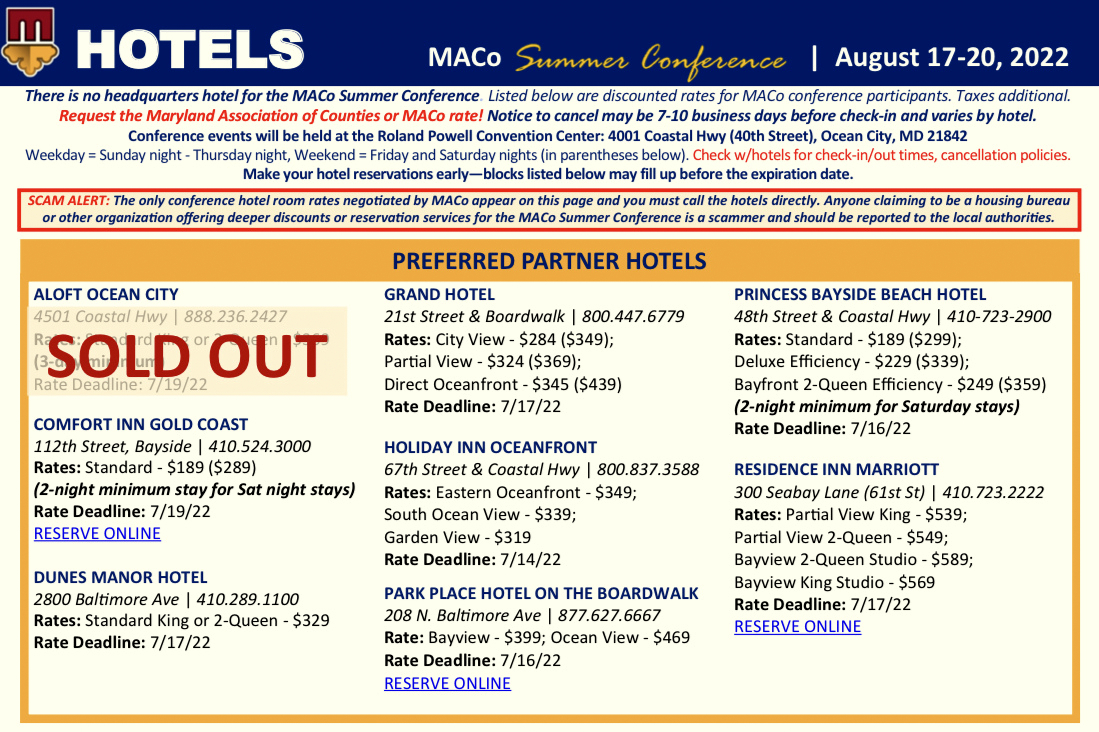 Room rates at the preferred partner hotels for the MACo conference range as low as $189 a night. BELOW: The $256 lodging rate set for Ocean City by the GSA. An additional $69 a day is allotted for meals and incidental expenses (M&IE).

Mosby says he plans to leave Baltimore for Ocean City on August 16, a day before the conference gets underway “due to the location of the conference and start times.”

The conference begins on August 17 with a golf tournament scheduled from 9 a.m. to 2 p.m.

In addition to the required $355 registration fee, Mosby seeks an extra $40 a day for meals and $100 more for gas, even though he plans to travel in his city-issued SUV, which is fueled free of charge at city-run gas stations.

Two Councilmen are also driving city-issued vehicles to the conference, but are not asking for fuel reimbursements.

Because they are fueled at city-run gas stations free of charge, city-issued cars do not qualify for fuel or mileage reimbursements, according to the Administrative Manual (AM).

But Mosby is requesting the $100 extra for fuel “due to the location of the conference and available city-operated fuel locations,” according to his submission to the Board of Estimates.

Councilmen Bullock and Glover are also driving city-issued vehicles to the conference, but are not asking for fuel reimbursements.

Mosby has not responded to questions from The Brew about his travel requests. 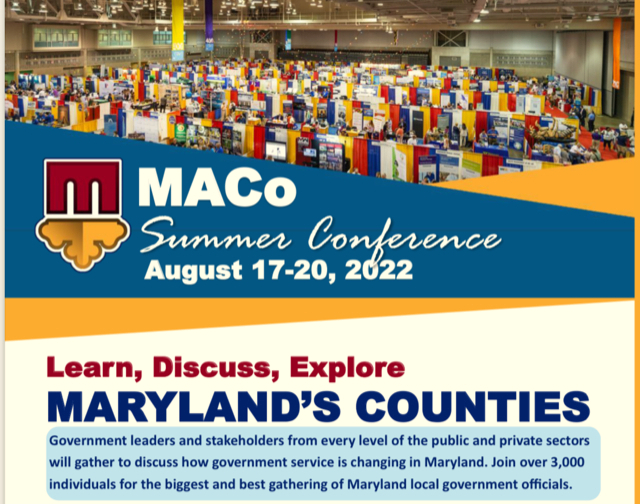 A page from MACo’s 2022 registration brochure.

All You Can Eat

This year’s MACo conference will feature exhibits and seminars geared toward “addressing pandemic-related governance issues” and sponsored by the likes of Potomac Edison, US Wind, Northeast Maglev, Carefirst and BGE.

Held at the Roland Powell Convention Center, the gathering typically attracts 3,000 participants from local and state government and the private sector.

A networking opportunity, especially in an election year, there will be receptions hosted by state cabinet members and federal elected officials.