Seeking information about the coal terminal explosion that rocked their community last December, Curtis Bay residents traveled to City Hall to testify – or tuned in online – for an investigative hearing on the incident.

But that June 15 City Council hearing was more frustrating than revealing for many residents:

• Key Baltimore Fire Department personnel who responded to the blast were not present to testify, including the on-site incident commander and the hazmat specialist who makes the call on whether the explosion is considered hazardous.

• Fire officials who did attend could not officially confirm whether the explosion received a hazardous materials classification, which would have triggered a specific and more targeted community outreach action plan.

• Verified photos from the day of the blast showing cars covered in coal dust were unavailable.

• Councilman Eric Costello – who on the day of the explosion tweeted (and later deleted) a statement that the cause was a propane tank explosion and there was “no impact or risk to the community” – joined the meeting late at the end of agency officials testifying.

• And CSX, the railroad company responsible for the blast, didn’t even show up.

”I’m slightly disappointed that that information is not here today because that was the sole purpose of this investigative hearing – to really provide the opportunity for the community to obtain the information from city agencies of the incident,” she said.

“For the next hearing, I want to ensure that we have the proper people here,” Porter added pointedly to Councilman Mark Conway, the hearing chair.

That day is coming tomorrow (Wednesday) when Porter has scheduled a second investigative hearing at City Hall at 5 p.m.

Since that hearing, the federal Occupational Safety and Health Administration (OSHA) completed its own investigation and cited the company for nine “serious violations” of workplace safety regulations and imposed $121,000 in fines.

The Maryland Department of the Environment (MDE) has issued five citations in connection with the blast that shattered windows and rained down soot on the neighborhood.

The agency said it could seek financial penalties and corrective actions in connection with the violations.

MDE officials are reportedly in negotiations with CSX to settle. Asked by The Brew the cause of the explosion, CSX spokesperson Cindy Schild provided this brief statement:

“After a comprehensive third-party investigation, the primary causes of the isolated incident were the localized presence of methane, and a relatively low concentration of coal dust.

“CSX has addressed this issue by improving airflow and by continuously monitoring for the presence of flammable gasses to ensure that an incident of this nature never happens again,” Schild wrote, concluding, “CSX has provided all information requested by MDE.”

Curtis Bay residents say the actions by city, state and federal officials leave many pressing questions unanswered about what happened that day, what threat the facility poses to them in the future and what measures will be taken to prevent future mishaps.

At the coal terminal, located at 1910 Benhill Avenue for more than a century, CSX stores domestic coal in piles on the ground, then loads it onto ships for export or barges for use in area power plants. For years, the soot and smells from the terminal’s activities have drawn complaints.

At the June hearing, multiple witnesses testified about what they experienced that day.

“I opened the door, and there was the worst rotten egg sulfur smell,” said Angela Shaneyfelt, who has lived two blocks from the plant for the last 14 years. “A lining of oily residue was on my car. I don’t know to this day what that was.”

“I opened the door and there was the worst rotten egg sulfur smell”  – Angela Shaneyfelt.

Shaneyfelt said word on the street is now to wear a mask when you go outside. As of the June hearing, she had received no communication about the explosion and what to do if another one occurred.

Halyna Murdryj, a resident of Curtis Bay since 1958, testified that she saw two plumes of smoke coming different coal silos.

“I did smell coal burning, and the next morning everything on my porch was covered in black coal granulates,” she said, noting it was the first time she’d ever seen that.

“You have to close your windows,” she said. “There are several air filters m in the house that we have to change constantly.”

Edith Gerald, a board member of the Community of Curtis Bay Association, said she has time-limited walks when she goes outside.

“I don’t know what I’m going to smell,” she said. “My walks are shortened and timed so I won’t be breathing in all this stuff.” 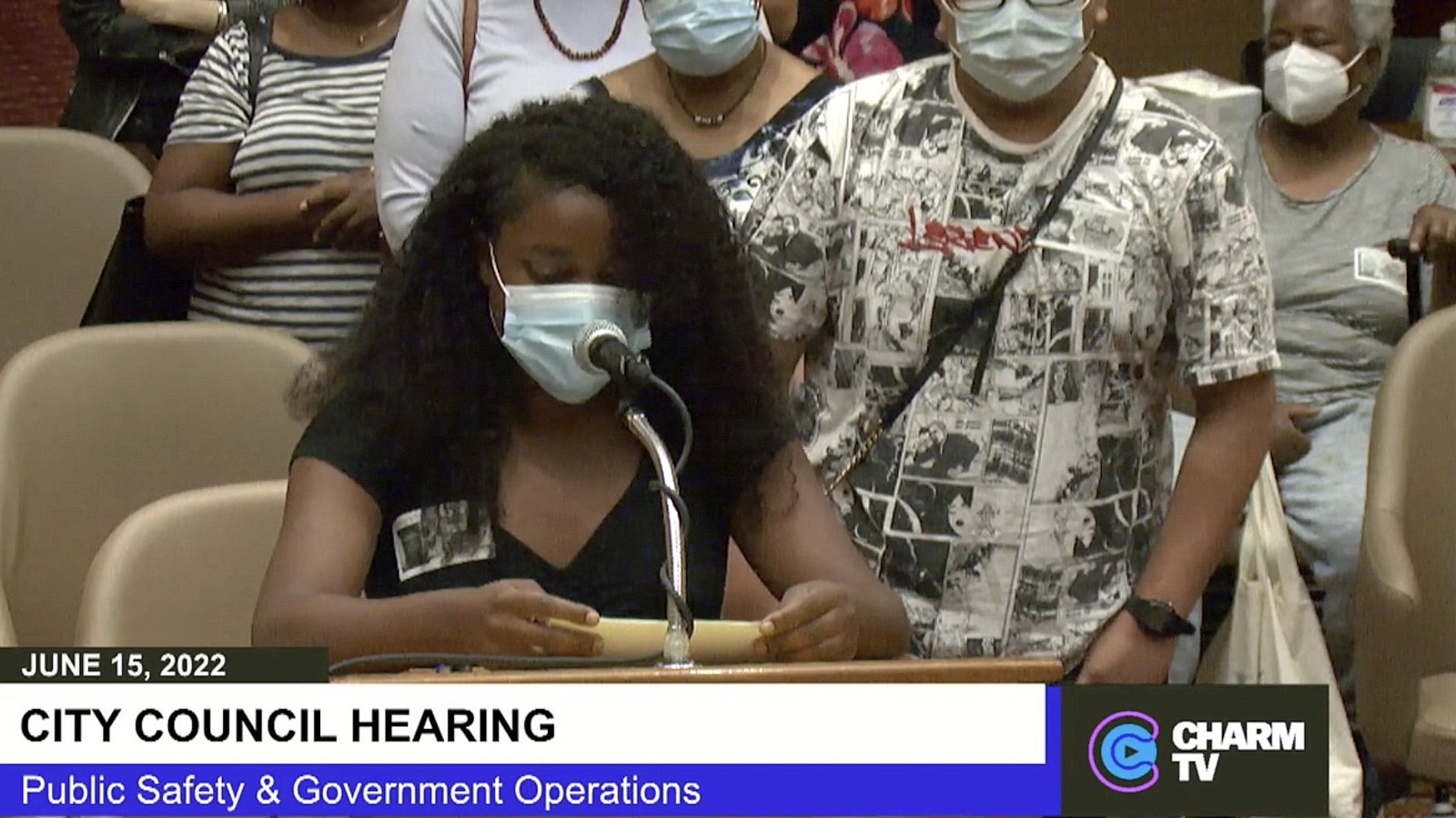 At the hearing in June, Deputy Fire Chief Arlen Doles, who was the standby commander on the day of the explosion, said he didn’t see any coal dust in the air that day.

“Operations [at the plant] were shut down,” Doles said. “We were there for suppression activities caused by the coal dust explosion. I’m not aware of any hazardous gases or materials released as a result of that explosion.”

Greg Sawtell, co-president of the Community of Curtis Bay Association, said he cannot reconcile what community members have told him and shown him in photos with what public officials and CSX are saying about coal dust exposure to the community.

“It continues to be shocking to read CSX’s description that negligible amounts of coal dust were expelled into the community during the explosion, and then to hear similar statements made at the City Council hearing by emergency response officials,” he said.

“It continues to be shocking to read CSX’s description that negligible amounts of coal dust were expelled, and then hear similar statements by emergency response officials”  – Greg Sawtell.

“It was deeply disturbing because residents have shared with city officials since the morning of the explosion photographic evidence, eyewitness testimony, showing thick coatings of coal dust covering cars, sidewalks and people’s faces.”

Sawtell was referring to a preliminary report by CSX, which was provided to MDE in January, that implied that any emissions released into the atmosphere by the explosion were brief and negligible.

Asked by The Brew if residents would be a part of any CSX settlement, a spokesman for MDE declined to say.

Sawtell said any settlement should include long-term remediation.

“What is the scientific threshold being used by MDE that makes this unacceptable versus everyday exposure to coal dust that residents have been reporting over a decade?” he asked.

“There’s no permit requirement for CSX to place air quality monitors anywhere on their facility. That needs to change.” 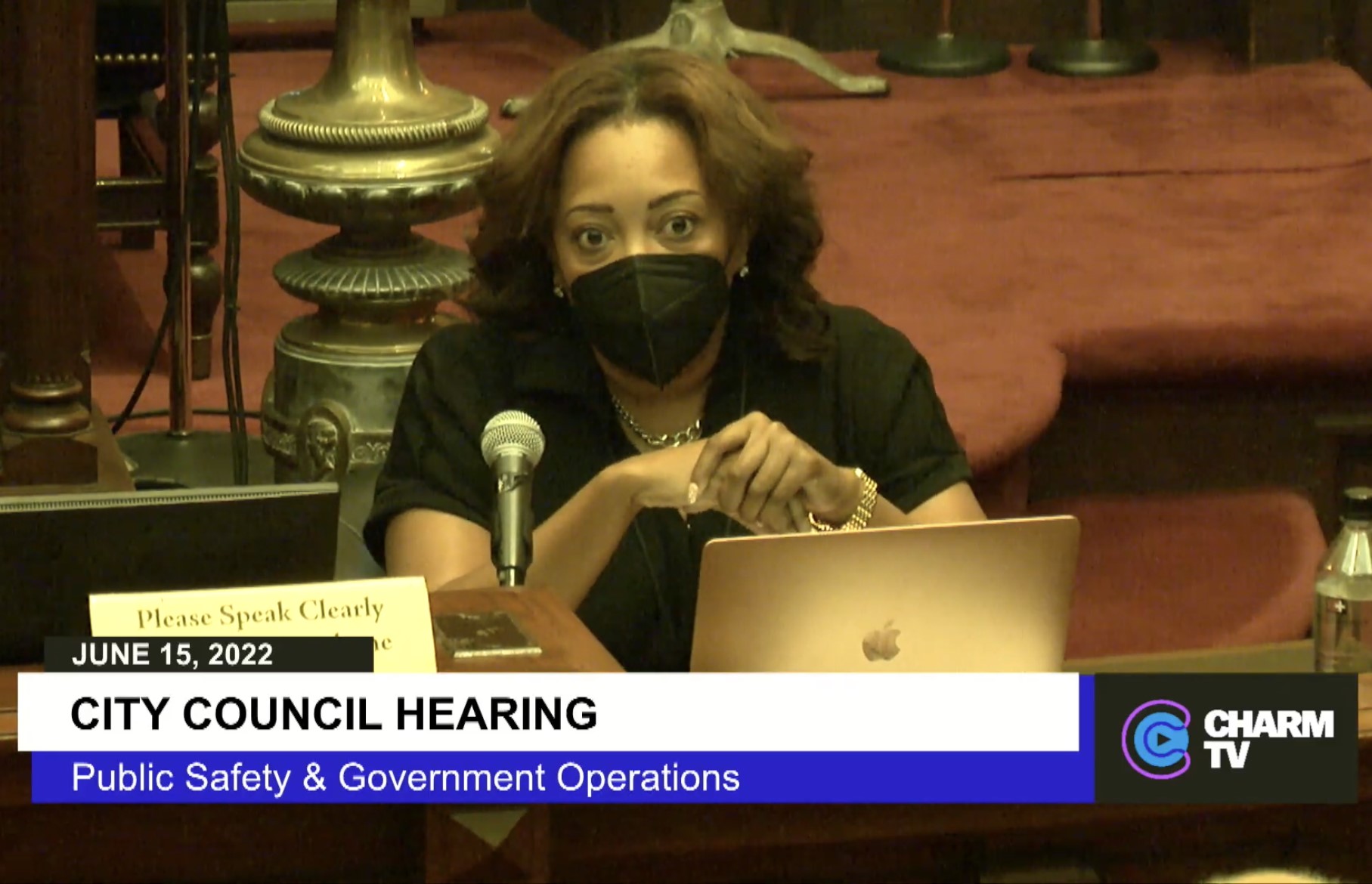 Couuncilwoman Porter questioned fire officials about their response to the explosion. (CharmTV)

In a statement to The Brew, Porter called the fine imposed against CSX “the first step, only the tip of the iceberg that even remotely addresses the urgent public health danger.”

“I intend to work with the community to spearhead more enforceable action, prompting Mayor Scott, our state and federal partners, and industry to ensure that we not only produce rhetoric but continuous enforceable action toward this issue.”