Curtis Bay residents have filed a class action suit against CSX Transportation, alleging that the railroad company operated its waterfront coal terminal negligently, leading to the December 30, 2021 explosion that subjected residents of this South Baltimore community to potentially lethal levels of coal dust.

The dust that migrated across the area included “dangerous and/or carcinogenic substances including lead, arsenic, silica and/or particulate matter,” according to the 12-page complaint filed yesterday in U.S. District Court in Baltimore.

The explosion, which blanketed cars and backyards with grit and sent up a plume visible for miles around, was caused by the facility’s “inadequate staffing, management, oversight, maintenance and operation, and failure to comply with stated permit requirements and conditions,” the suit says.

Lead, arsenic, silica and/or particulate matter were released in the blast, according to the suit, filed by two Curtis Bay residents, Cheyenna Shongo and Kennett Walker.

The suit provides a map of the proposed class area, but does not include the number of class members, saying that estimate can be ascertained through discovery. 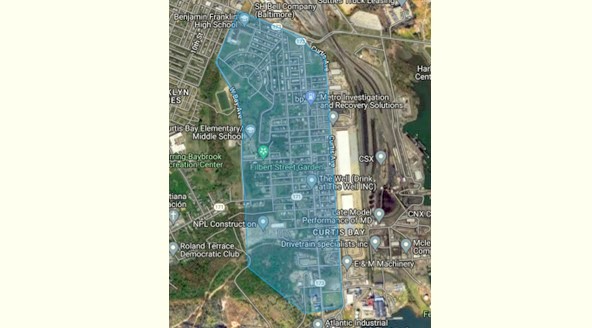 The residential area west of the Curtis Bay Coal Terminal proposed for the class action lawsuit.

“We all deserve better”

The residents’ group that has been pressing CSX for more transparency about its operations released a statement today in support of the lawsuit, calling the blast part of a pattern of disregard for a community that has complained for years about the release of coal dust.

“The explosion that shook our entire community was a new low for a company that has proven itself unwilling to take our lives, our health and our environment into account,” the Community of Curtis Bay Association (CCBA) said.

“The children at a rec center just 1,000 feet away who sweat black dust on hot summer days, the families with black dust covering the inside and outside of their homes, the workers and small businesses all who have to breathe the toxic dust that the company refuses to take responsibility for spewing into our community – we all deserve better,” the statement continued.

“The Curtis Bay facility has been operating for over 140 years without an incident like this” Cindy Schild, CSX.

Cindy Schild, a spokeswoman for CSX, said the company has just received the lawsuit and is reviewing the allegations.

“The Curtis Bay facility has been operating for over 140 years without an incident like this. Fortunately, last year’s event did not result in any injuries,” Schild said.

She noted that the company has been working with federal and state environmental and safety officials since the explosion occurred and “remains committed to the safety and health of our employees and our neighboring communities.” 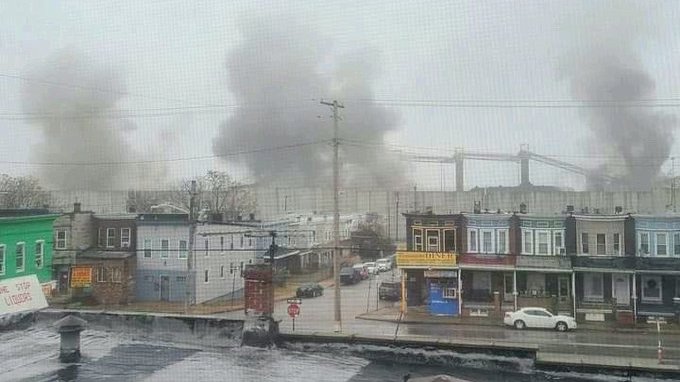 The three-count complaint accuses the company of trespass and private nuisance, as well as negligence.

CSX’s “knowing, intentional and reckless” conduct caused the release “of poisonous and carcinogenic chemicals onto the plaintiffs and classmembers’ properties” without their consent, the suit alleges.

Residents have “suffered substantial and unreasonable impacts including discomfort so as to be unable to fully and safely use and enjoy their property.”

The complaint also describes the company’s operation, at 1910 Benhill Avenue, as “an abnormally dangerous activity” placing residents at “increased risk of serious medical injury and the development of disease or death.”

“The activities at the Curtis Bay Facility are . . . inappropriate to the place where they are carried on” – class action complaint.

The transfer facility, where coal products arriving by rail are loaded onto ships, is inherently dangerous to residents, making CSX “strictly liable” for the harm it causes, the suit alleges.

“These risks cannot be eliminated by the exercise of reasonable care. The activities at the Curtis Bay Facility are not matters of common usage and are inappropriate to the place where they are carried on.”

This aligns with the sentiment of many in the neighborhood that the transfer facility should be shut down lest residents follow a historic pattern and end up being forced out themselves.

“The recent massive CSX coal explosion now threatens to do the same to us in Curtis Bay,” the statement continued. “Residents are not going to let this history of environmental injustice repeat itself.”

Commenting on the suit, City Councilwoman Phylicia Porter said she “will continue to do as I have promised and work with Mayor Scott, my colleagues, and industry leaders to prioritize the community needs for the health and safety of all those across Baltimore City.”

“Negligence to this degree is not a mistake nor an oversight, it is a choice,” Porter said. “It is no exaggeration to say that sending workers without adequate training into tunnels that have not been tested for harmful toxins – is to endanger the entire surrounding community.” 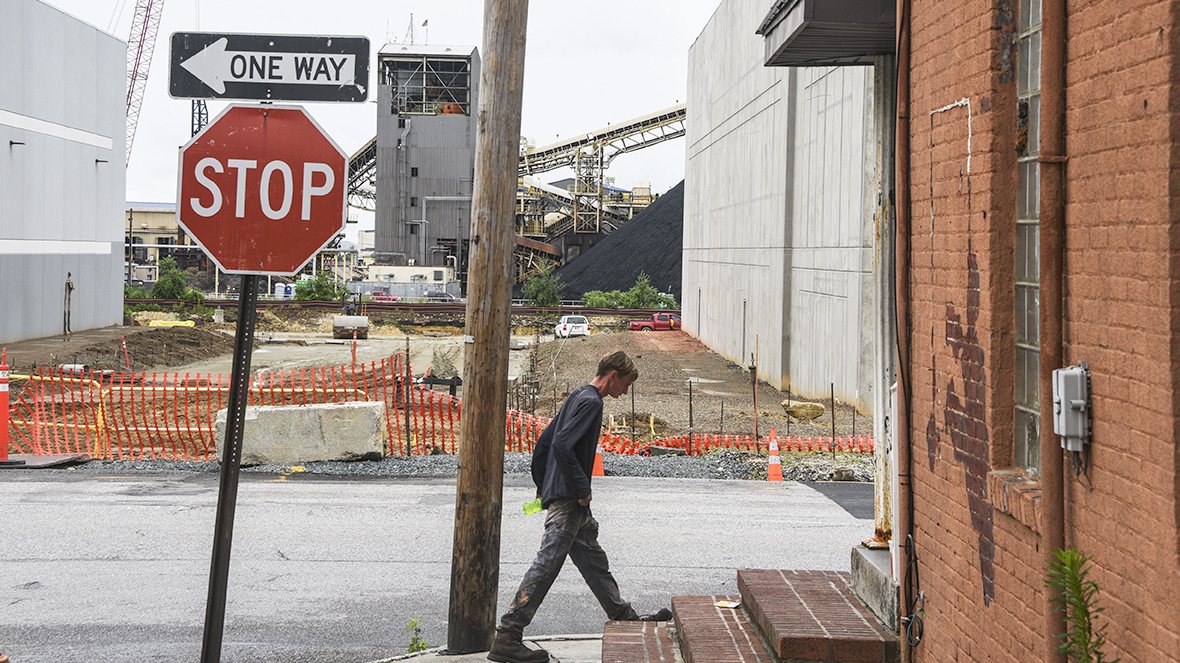 Visible beyond this Curtis Bay street is the CSX coal silo damaged in the 2021 explosion. (J.M. Giordano)

Alleging that residents have suffered harm and loss, including a significantly increased risk of contracting diseases including “cancer, lead poisoning, coal works pneumoconiosis and other serious diseases,” CSX should pay for periodic diagnostic examination to ensure early detection of these diseases.

Other relief sought by the plaintiffs includes:

• All compensatory and consequential damages allowable by law.

• An injunction requiring adequate staffing and training of staff at the facility.

• An injunction establishing a fund to be administered by a court-appointed trustee, at CSX’s expense, monitoring residents of the class action area for the presence of coal dust, lead, silica, arsenic and particulate matter.
_________________

• After CSX and key fire officials were absent from coal blast hearing, Council will try again (8/23/22)