A Coppin State University assistant basketball coach catfished a player online into providing intimate photos and texts, then blackmailed him into videotaping a sexual encounter before publicizing the material when the player resisted further demands for sex, a lawsuit filed in Baltimore City Circuit Court alleges.

The legal complaint says “by information and belief” Lucian Brownlee, a former guard who served as Director of Player Development and Director of Basketball Operations, harassed, tormented and sexually assaulted the player, Ibn Williams, before publishing intimate material he had obtained from the student.

Coppin Basketball Coach Juan Dixon, who is named in the complaint, allegedly failed to take action when informed of Brownlee’s actions.

A legendary figure in Baltimore and beyond, Dixon is the former University of Maryland standout and NBA player who Coppin hired in the spring of 2017.

Also named in the lawsuit filed last week is Coppin State University, whose officials – rather than supporting the distraught Williams – allegedly questioned him harshly and retaliated against him by withdrawing previously promised financial assistance.

“The way he was treated was abhorrent,” said Williams’ attorney, Daniel “Donny” Epstein, of the New Jersey law firm Epstein Ostrove, in a phone interview.

Epstein said they were able to build their case despite the anonymous blackmailer purporting to be a third party.

“Our strong belief is that Lucian [himself] was the catfisher,” Epstein said.

Even if Brownlee was just a fellow victim of an anonymous tormentor, “the minute he became a coach, he had an obligation to report” any sexual harassment, Epstein said.

And Dixon, having prior knowledge of issues with Brownlee according to the complaint, should never have placed him in a position of authority over players, Epstein added.

“The coach should have known better than to put this person in a position of seniority.”

The Brew was not able to reach Brownlee.

Dixon did not respond to a phone message and an email requesting comment about the matter, nor did the school’s athletic director, Derek Carter. 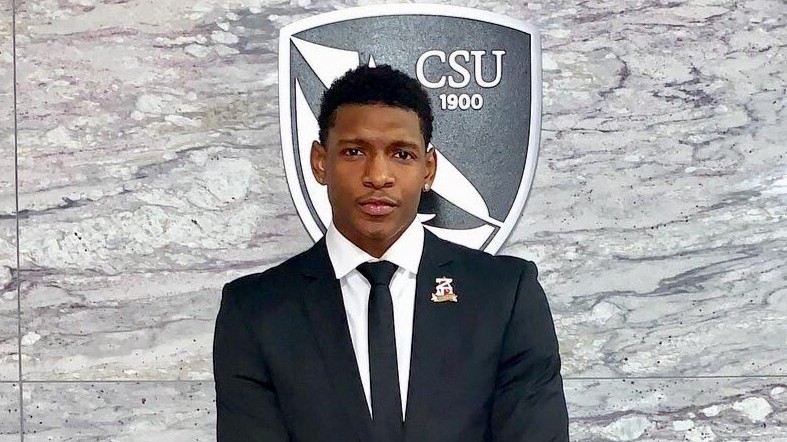 Coppin, an HBCU in the Maryland State University System, is known as Morgan State’s crosstown rival.

Like many Division I NCAA programs, it operates on a shoestring budget, working its players hard.

In the fall of 2021, or shortly after the events alleged in the lawsuit occurred, Sports Illustrated featured the team in a story about its arduous road schedule, which it called “a sadistic slate of $80,000 guarantee games.”

It’s a challenge for the team’s leader.

“I don’t know of many head coaches who are washing their players’ dirty laundry every night,” Dixon says in the piece, joking that his water bill back home spikes after game nights.

Brownlee appears to no longer be working for the University. (He’s “in the wind,” Epstein said.) As of the SI story, his scheduling job was being done by another person, who is extensively quoted in the piece.

Williams says in the complaint that he received a message through social media in the fall of his freshman year, from a woman who seemed interested in a romantic relationship.

He “was enticed into sending images of himself to this person of a sexual nature that [he] believed were private and in the context of a developing romantic relationship,” the lawsuit says.

The online paramour then started blackmailing Williams, threatening to publish the photos and texts unless he provided more salacious material. The texts continued through the 2018-2019 basketball season while Williams, “in fear of losing his place in the basketball program, his tuition and room and board payments. . .  continued to respond to the person messaging him in a futile attempt to appease his tormentor.”

The student feared losing his place in the basketball program, his tuition and room and board payments.

In the spring of 2019 Williams learned from Coach Brownlee, then a senior who would return the next year as a staff member, that Brownlee had also “exchanged sexual content with Plaintiff’s tormentor.”

The blackmailer then “ordered” the two men to have sex with each other, according to the lawsuit.

Williams refused at first. But when he returned to campus in the fall, the blackmailer demanded that Williams “record and send a video of Plaintiff and Lucien [sic] Brownlee engaging in oral sex.”

According to the lawsuit, Williams complied.

In December of 2019, the blackmailer instructed Williams that Brownlee “was going to coordinate a sexual encounter with” him, according to the lawsuit.

Williams resisted, “hoping his non-response would end the blackmail,” prompting warnings the blackmailer would “wild out.”

Williams sent videos of himself, but the blackmailer insisted on one of himself having sex with Brownlee, sending “repeated messages providing Coach Brownlee’s availability.”

The back and forth continued through March of 2020, according to the suit.

“By information and belief, the blackmailer was coach Brownlee,” the complaint says.

Contemplating suicide, unable to tell anyone what was happening, Williams went to his family

Unable to tell anyone what was happening and contemplating suicide, Williams told his family he was uncomfortable with the rampant drug use on the team during its frequent away games.

That prompted his father to arrange a meeting with with Coppin officials, the complaint says, in which Dixon “indicated that he was helpless to address the drug issue in any meaningful way” and “was adamant that Plaintiff should stay with the program.”

Past Problems Known to School

When Williams returned to campus in the fall of 2020, the blackmail and threats continued. This time Williams didn’t respond, and that’s when “the material used to blackmail plaintiff was published and revealed to members of the team, staff and the public,” the lawsuit says.

Epstein says the material appeared on Instagram, and has since been taken down.

The lawsuit says Coppin took no action except to terminate the victim’s housing and tuition assistance.

Dixon directed Williams to come to practice the next day, where the two met and, according to the complaint, “Dixon admitted that Lucien [sic] Brownlee was mentally ill or otherwise emotionally imbalanced and that his history was known to the coach, [Athletic Director Derek] Carter and the school.”

But the complaint says the school, whose policy on sexual misconduct prohibits rape, sodomy, quid pro quo, stalking, sexual exploitation, coercion and retaliation, “took no action” to remedy the situation.

Williams asked for an investigation in which, according to the lawsuit, a lawyer for the university further traumatized him with questions about his sexual past and orientation.

“It’s cringeworthy, the questions that he was asked,” Epstein said.

Epstein says he managed to complete the semester by working remotely, then transferred to another school to complete his degree.

– To reach a reporter: editors@baltimorebrew