The layoff of Sparrows Point employees on Friday, just two days before Christmas, reminded me of something Ben R. Womer once said about the role of steelmaking in the blue-collar precincts of Dundalk and East Baltimore.

Ben was the unofficial chronicler of Sparrows Point back in the day when the mill had 25,000 employees, including five Womer brothers with more than 150 years of cumulative seniority.

Because the furnaces worked around-the-clock, Ben said, “Many a man who worked daylight on Christmas never saw his children on Christmas morning unless they were gotten up at five o’clock to see their toys when he was ready to go for work.”

“This kind of dedication could only mean,” he concluded, “that your devotion to the company that you worked for was your trademark.”

Yesterday, silence rather than smoke enveloped the flat, slag-filled peninsula that juts out into Baltimore’s outer harbor near the Francis Scott Key Bridge. Fire and steam didn’t hiss out of the furnaces. Mill trains didn’t dart between oversized sheds.

It was the day after Christmas, and nobody was working at Sparrows Point.

An Aging Champ Up Against the Ropes

Let the Wall Street analysts dissect the economic forces that caused RG Steel to suspend operations last Friday. For the 1,800 steelworkers still left at Sparrows Point (not including Ben, who retired and died of job-related causes) – the mill is more than a set of spreadsheets or coil loadings or even a paycheck. It is a way of life and a source of blue-collar identity.

Fifty years ago, it was the biggest steel mill in the world, spewing out 12 tons of hot metal a minute.

Sparrows Point built America. Now it’s on the ropes, an aging champ struggling against agile competitors in a down market. 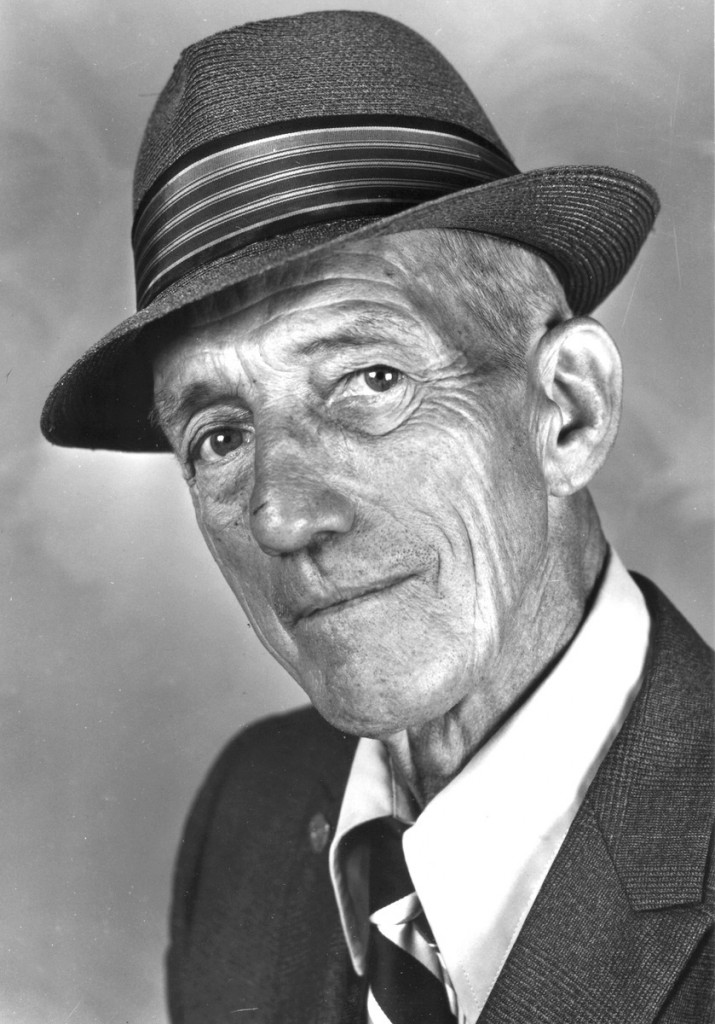 Ben Womer after he retired. The red splotches on his face came from exposure to the furnace heat. (From Reutter, "Making Steel")

Severstal couldn’t make a go of the Point. It closed “Big L,” the plant’s 30-year-old blast furnace, and kept the finishing mills running part-time. Many customers fled in the process.

RG Steel was the creation of another billionaire – a self-made, Brooklyn-born financier named Ira Rennert who trades in troubled and bankrupt companies and lives in the reportedly biggest house in America (known as “The House that Ate the Hamptons”).

We wrote about Rennert’s controversial background and the contract negotiated between him and United Steelworkers District Director David McCall that combined jobs and kept wages at RG Steel $1.80 an hour lower than the wages of other mills represented by the USW.

We quoted one union official as happily saying last March, “Under Severstal we were dying, and now it looks like under RG Steel we’ll be making iron in about a month.”

That kind of optimism sold the new contract to Sparrows Point workers, but it’s been anything but smooth sailing since.

It wasn’t until May that RG Steel – under president John Goodwin and general manager Glenn G. Mikaloff – started up Big L at Sparrows Point.

Almost immediately, during the delicate process of reheating a “cold” furnace, L suffered an internal “slip,” which burned up a lot of expensive equipment and cost the company more than $15 million.

$1 Million in Losses a Day

By the time the furnace was making pig iron, steel prices had dropped from their March highs, and the mill was forced to sell its product below cost. Rumors began circulating that Sparrows was losing as much as $1 million a day.

Rennert, it turned out, hadn’t put much cash into the $1.2 billion buyout of the three steel mills. Severstal, in fact, had financed much of the deal by agreeing to deferred payments and buying large quantities of semi-finished metal for its mills at Dearborn, Mich., and Columbus, Miss.

It wasn’t long before Severstal was in court squabbling with RG Steel, accusing the Rennert group of trying to wiggle out of the sales price.

Goodwin and Mikaloff were veteran steel managers who had bounced among many mills and knew all the answers.

They instigated rapid changes at Sparrows Point, firing several senior executives. Goodwin held a now-infamous meeting with employees where he launched into a profanity-laced lecture on how he was going to fix the mill through his tough-love financial plan.

The RG team made valiant efforts to lure customers back to Sparrows Point. They arranged trips to the plant and walked prospective customers through the mills to show them how well Sparrows could make high-quality coils and tinplate, a specialty.

Turmoil in the Sales Department

But at the same time they let go of the mill’s (Update: see correction below) . Another top sales person soon left the Point to join competitor ArcelorMittal.

Equally inexplicably, Goodwin promoted the plant’s general manager under Severstal, David Howard, as manager of commercial. Howard did not have the contacts or talent to turn around sales. He, too, has left RG Steel.

Faced with either cutting production or selling below market, the company “gave away” steel as much as $40-a-ton below market prices to attract customers, informed sources say.

The strategy snowballed the losses at Sparrows.

Three months ago, No. 1 tandem mill caught on fire, stopping tinplate production for days. The Brew reported that Baltimore County firefighters responding to the blaze found that every fire hydrant at or near the tin mill was inoperative, sparking outrage among employees who felt their lives had been recklessly endangered.

Throughout this period, Rennert issued no statements as to his plans for the mill. Nor did Dave McCall, the union boss who pushed through the deal.

Meanwhile, Goodwin and Mikaloff continued their policy of refusing all comment to the media, including to industry newsletters. Secrecy surrounded the plant.

Then it came out, in recent weeks, that Sparrows Point was encountered raw material shortages caused by its nonpayment of bills to suppliers. Sherwin-Williams Co. sued in Baltimore County District Court, making it official. In an internal memo last week, RG Steel cited “liquidity issues” and told union officials that it hopes to conserve cash by cutting production over the next month.

On Friday, steelworkers found out that they were to be laid off this week, and that the steel-making side of the mill would be idled.

Apparently, management plans to run off inventory (steel slabs already processed by the furnaces) in the tinplate and sheet mills to fulfill customer orders. Beyond that, nobody knows. So far, the company has not released a public announcement of its intentions or issued a Worker Adjustment and Retraining Notification (WARN) notice to employees.

So the events of the last few days were no real surprise. But coming just before Christmas, the shutdown is a body blow for the thousands of  families who depend on the Point, including suppliers and independent contractors.

Recriminations against Goodwin, against Rennert, against Dave McCall quickly proliferated.

Anger, fear, finger-pointing, sarcasm and sadness have been flying around The Brew’s comments section since Friday. Just a few of more than 150 comments:

“It looks like we’re getting what we voted for.”

“Merry Christmas Dave McCall. Everyone predicted this would happen.”

“McCall sold Sparrows out! First a BS contract, then BS safety rules and you’re fired for everything! What a joke.”

“I am not a union member at SP, but I am one of the suppliers for them. I have been coming to SP for 15 yrs now and have never seen it this bad. We just got our layoff notices today. Bad news for all of us.”

“Just in time for Christmas. I hope everybody can find a new job.”

And on it goes, as the biggest industrial complex in metropolitan Baltimore enters a new year of uncertainty.
——————-———
The Brew’s Mark Reutter wrote Making Steel – Sparrows Point and the Rise and Ruin of American Industrial Might (2004), a social and economic history of the mill from its beginnings in 1886. His website, makingsteel.com, has much more information on the plant and the troubles facing the U.S. steel sector.

CORRECTION: The salesman in question retired before RG Steel acquired the mill.