The head of RG Steel disclosed today that “a very large number. . . nine digits” – or at least $100 million – was injected into the company to ease the liquidity crisis that had shut down the Sparrows Point steel mill before Christmas.

V. John Goodwin, president and CEO, declined to be more specific about the cash infusion by Cerberus Capital Management that allowed the owner of Baltimore’s biggest industrial complex to resume operations during a news conference today with Gov. Martin O’Malley.

Cerberus, a leading private investment and hedge fund run by Stephen Feinberg, has not revealed the dollar amount of its investment in the company.

Today’s announcement was staged following an event sponsored by the Democratic Governors Association, of which O’Malley is national chair.

About 20 members from Local 9477 of the United Steelworkers – told this morning to report to the union annex at Sparrows Point – were on hand at the International Union of Painters and Allied Trades building in Hanover, Md.

Grouped around the governor, they clapped enthusiastically when O’Malley announced the reopening of Sparrows Point before a scrum of reporters and TV cameras from Baltimore area outlets.

The reopening was not exactly news. The Brew reported a week ago that the plant’s “L” blast furnace had restarted and, more recently, on Cerberus’ investment.

Today’s announcement, however, permitted the governor to advertise his commitment to steelmaking and the saving of 2,000 jobs potentially at risk at the Point. 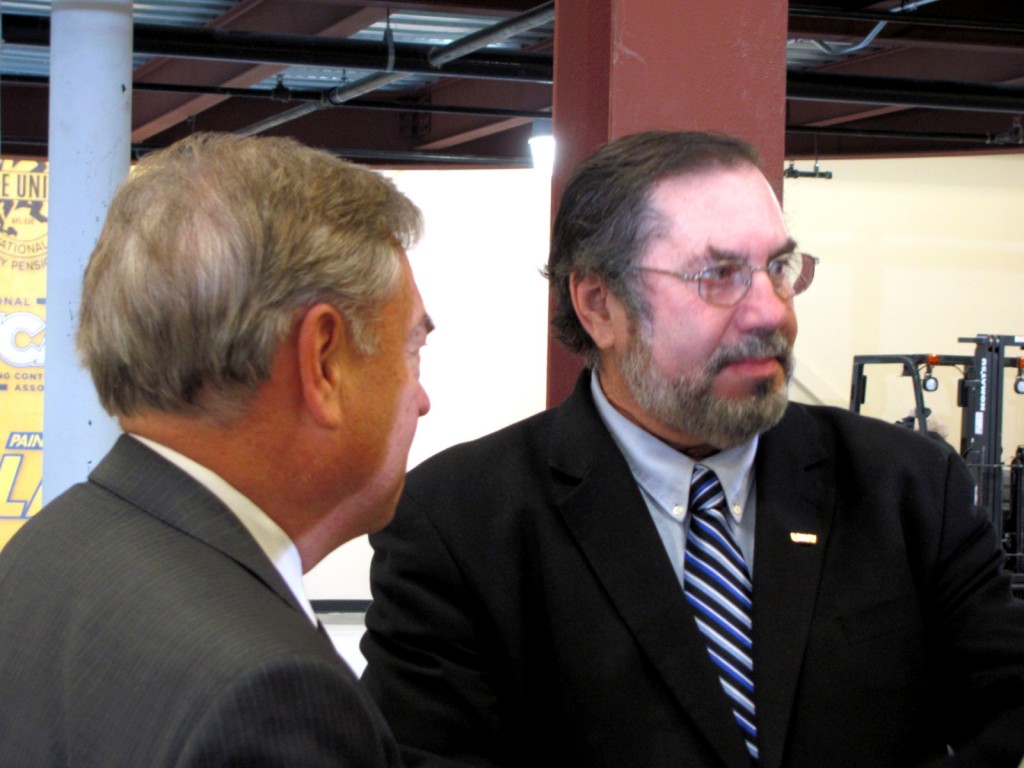 O’Malley mostly listened as Goodwin and Leo Gerard, international president of the United Steelworkers (USW), praised him for acting “in record time” to help the struggling steel company.

Gerard said the governor first contacted him on “the eve of Christmas” about the shutdown.

How RG Steel overcame its financial difficulties – which included its failure to pay iron ore and scrap metal suppliers – is still cloaked in secrecy.

A group of banks led by Wells Fargo and GE Capital had originally extended a $750 million credit facility to the company. Last month, the group placed new conditions on the loan, which led to O’Malley taking the unusual step of publicly calling on Jeffrey Immelt, CEO of General Electric, to review the loan restrictions.

It does not appear that the banks relented, which made the agreement by Cerberus to invest in the company all the more critical. Additional capital was reportedly supplied by RG’s parent corporation, Renco Group controlled by New York billionaire Ira Rennert.

Goodwin described the company’s difficulties as resulting from an exceedingly rough patch – with high raw material costs and low steel prices – that caught the company in a cash-flow pincer.

He said those problems were now behind the steelmaker and predicted that 2012 “is going to be a good year” because steel prices are increasing.

Goodwin also telegraphed to the USW officials surrounding him that the union will have to make concessions. “These facilities [at Sparrows Point] have always been challenged,” he said. “It can’t operate like it has over the last 11 decades.”

He did not provide specifics about how the company will cope with raw material prices (the mill does not have “captive” sources of these items) except to say “we feel we have a strong strategy.”

Will Customers Come Back?

Goodwin also did not address another problem facing the company – the loss of customer confidence in its ability to supply steel without interruption. 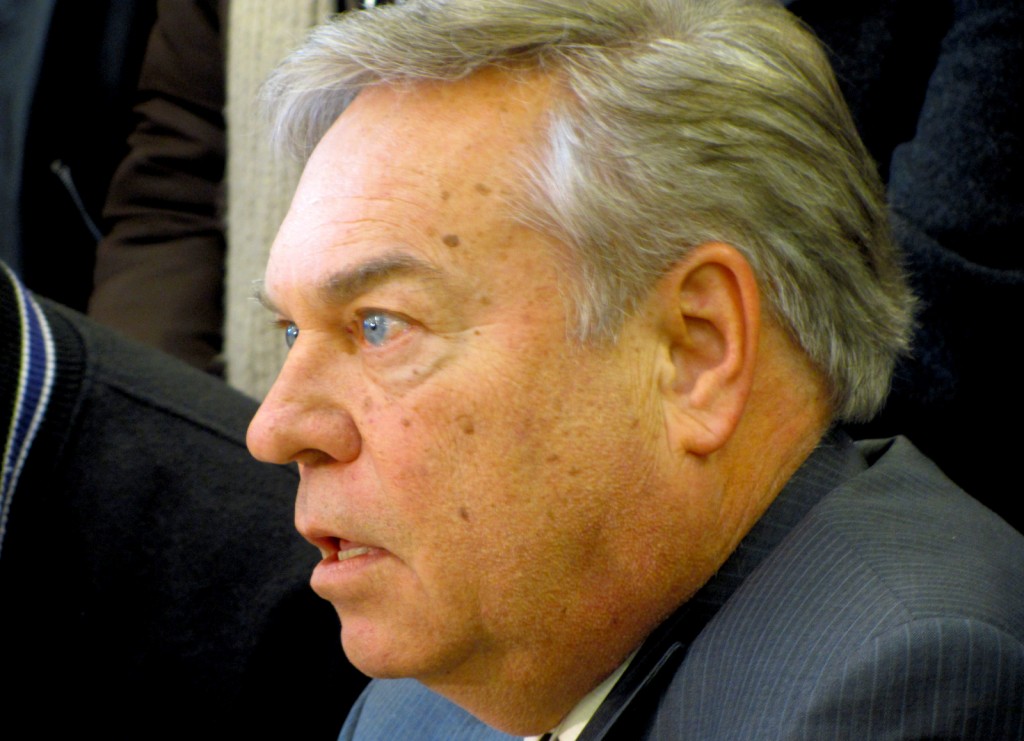 There has been confirmed reports of dissatisfied Sparrows Point customers going to other manufacturers to fulfill orders – an ominous sign in an industry with excess capacity and strong competition for contracts.

“RG Steel has to prove they are going to be a reliable supplier,” a knowledgeable source said today. “Customers want Sparrows Point to stay in business because it gives them options and keeps prices in line. But right now, many customers don’t have confidence in them anymore.”

Lemonade Out of Lemons

Gerard, of the Steelworkers, not only lauded the reopening of the mill, saying “jobs are going to be preserved,” but spoke at length today about what he called “the labor-governor partnership.”

He said such cooperation between politicians and organized labor should become a model for America in order to resuscitate steel and other basic industries.

In an odd choice of words, Gerard said that thanks to this cooperation, “We get to make lemonade out of lemons,” referring to RG Steel’s mills in Maryland, West Virginia and Ohio.