A Pikesville developer has requested $41 million in property tax breaks as part of his bid to build a skyscraper for Exelon Corp. at the former McCormick spice plant in the Inner Harbor.

Stephen M. Gorn, principal of Questar Cos., is seeking the tax break through the PILOT (Payment in Lieu of Taxes) program that recently came under criticism by a Baltimore City Council task force as being without clearly defined objectives and giving the appearance of being “developer driven.”

Gorn’s proposal, made last month, appears to have met with a favorable reception by the Rawlings-Blake administration, including the Baltimore Development Corporation (BDC) and Kaliope Parthemos, deputy mayor for economic development.

An effort is now underway to gain quick approval of the tax break from the City Council and the Board of Estimates.

This would fly in the face of efforts by Councilman Carl Stokes, chairman of the City Council’s economic development committee, who has called for a moratorium on PILOT and related TIF (Tax Increment Financing) programs until the council has had time to incorporate the recommendations of the task force.

Competing with Four Other Sites

Gorn is seeking the tax abatements to attract Exelon Corp., which promises to build a regional headquarters building in Baltimore as part of its proposed buyout of Constellation Energy.

M.J. “Jay” Brodie, president of the BDC, said the PILOT needs to be acted on quickly because Exelon wants to move into its new space by no later than June 1, 2014. The PILOT tax break would be in effect for 20 years.

Brodie also revealed today that four other downtown sites are being explored by Exelon for the new building. 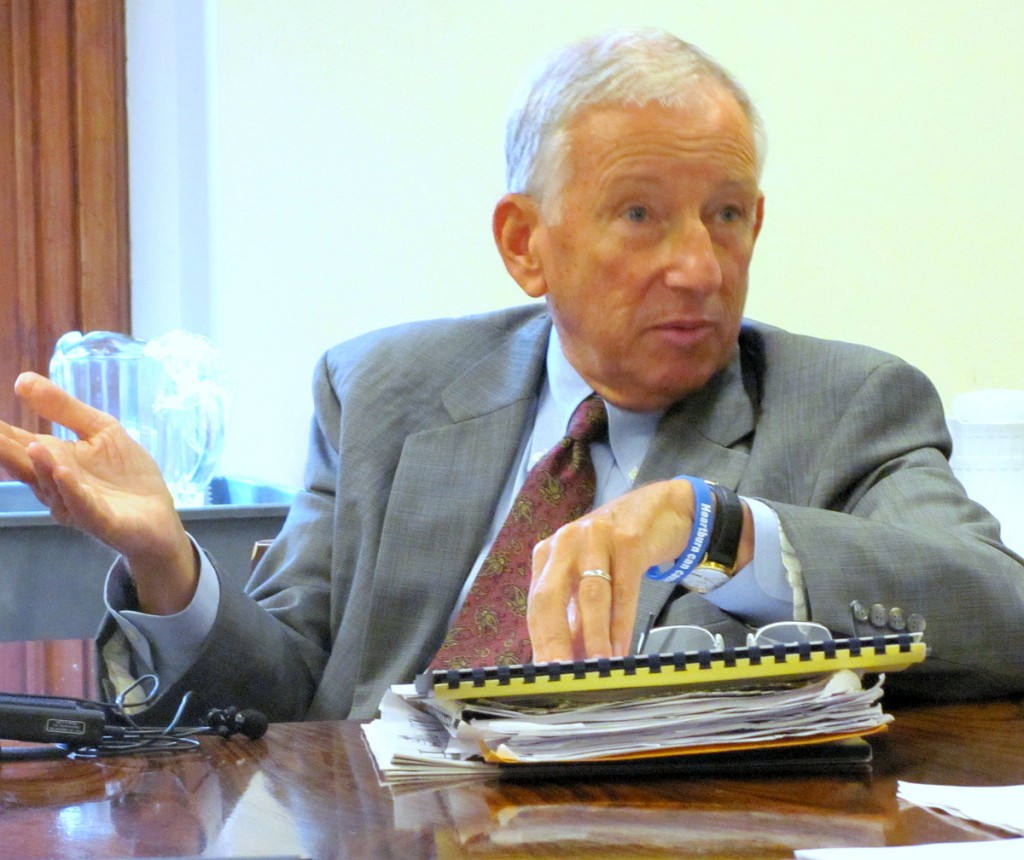 None of these developers are presently seeking PILOTS for the Exelon project.

However, 1 Light Street, the BCCC property and Harbor Point are in enterprise zones, which reduces property taxes on new construction over a 10-year period, Brodie said.

At a meeting of BDC’s project review committee last week, the abatement was reviewed, according to committee minutes open to the public.

In attendance at the meeting were three top officials from the Rawlings-Blake administration – Parthemos, her assistant Colin Tarbert and Paul Graziano, Baltimore housing commissioner.

This morning the PILOT proposal went before the BDC’s board of directors at its monthly meeting.

Before discussing the details of the proposal, the BDC voted to close the meeting to the public and media, saying confidential information would be revealed.

Only one member of the public and media was in attendance (this correspondent).

The proposed building on the former McCormick lot would include six floors of parking, a seventh floor devoted to an Exelon trading floor, about eight more stories for Exelon offices, and an apartment tower.

The building would compromise 711,000 square feet, of which 394,000 square feet would be occupied by Exelon, making it one of the biggest structures in central Baltimore.

Tax Breaks  to be Passed Through to Exelon

Under a PILOT, a developer pays taxes on the original land value of the property, plus 5% of the assessed value of the improved property.

According to BDC records, Gorn estimates that the skyscraper would cost $264 million in addition to the land, which an affiliated company, 414 Light Street Associates LLC, obtained a year ago in a foreclosure auction for $11.5 million.

The PILOT would require the Gorn group to pay taxes on the raw land, but would rebate up to 95% of property taxes on the new building. This would include the parking garage, Exelon offices and the apartment units. Only a small portion of the structure reserved for retail space (13,000 square feet) would be taxed at the city’s regular rate.

Brodie said today that Exelon has specified in its request for proposals from developers that all city and state tax breaks on its new building “must be passed along” to the company.

Exelon’s plans for a new building have disturbed some downtown business interests, which have questioned its need when nearly 25% of downtown Baltimore’s office space is vacant. (A vacancy rate of under 10%  is considered healthy.)

The reasoning behind this decision, Brodie said today, was that the company wants at least 30,000 square feet of open space for an energy trading floor.

The McCormick site has been used as a parking lot since the mid-1980s, when the historic spice plant was torn down.

ARCWheeler, a Philadelphia-based developer, planned to build a 59-story  tower – Baltimore’s tallest – on the site, but the plan fell through and the land was foreclosed by a bank.

Last January the two-acre lot was sold to the Gorn/Questar group, which specializes in building suburban residential apartments, such as Greenwich Place at Town Center in Owings Mills and Concord Park at Russett in Laurel.
————————————————————
CHECKLIST of some other Brew articles on developers and tax breaks: